Board Game Review: Meet Your Best Friends in Dog Lover by AEG!

The Dog Lover board game, published by AEG, takes the dogs from your living room couch and brings them up to the table!

Dog Lover is designed by David Short and features a hearty mix of all sorts of dogs that you’ll be caring for over the course of the game. It’s designed with dog lovers in mind (hence the name), and so if you have a furry friend in your life you’ll find lots to love in this little box.

What do we think about the Dog Lover board game? Let’s fetch our thoughts!

The Dog Lover board game is played using a 3×3 grid of cards. During a player’s turn, they play one of their Trick cards, which dictates which cards they’ll be able to pick up from the grid. However, there’s a clever little Watch Dog meeple that is overseeing the picks! You can never take more than one card in a row/column where the Watch Dog is facing.

Depending on the Trick card that you play, the Watch Dog will move to a new spot in the grid. You’ll also take the opportunity to play any other cards that you want on your turn. I should point out that you can also do that prior to playing a Trick if it suits you better.

When you take cards from the grid, you’ll do different things depending on what type of card it is. Here’s an outline of the various card types:

Whoever has the most points at the end of the game wins! 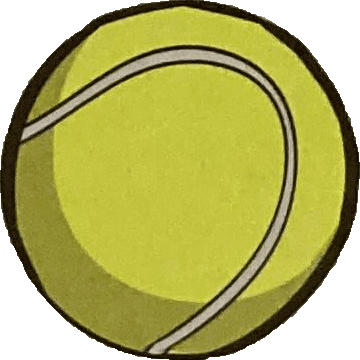 The Dog Lover board game only has two main types of components: the cards and the Food cubes. Let’s start with the cards. They do feel a little bit thin, but since this is a card-based game that involves a lot of moving hands I ended up sleeving mine to help them last longer. There are a variety of card types, as listed above, but all of the necessary information is intuitive and clear, which I really appreciate.

As for the Food cubes, these full 1mm cubes all the way around! Having this larger cube size makes them easier to manipulate, move around, and build little Food pyramids when it isn’t your turn. I’m sure somebody has already made some deluxe versions in the shapes of the different Food types, but I think the cubes are just fine and functional the way they are. There’s also something about the muted color palette that works really well here.

Oh! And of course there’s the big wooden Watch Dog animeeple! This thing is much larger than I expected it to be, standing 3mm tall and over 4mm long. They’re a lovely French Bulldog shape, and definitely a unique meeple compared to other games.

Because there are so many different cards in the Dog Lover board game, you can really win in a variety of ways. All of the strategies are sitting there, available for you to take advantage of. One of the more intuitive strategies is to focus on Trait-Dog combinations and try and ensure that all of your Dogs has a Trait. This requires less food than an all-out Dog strategy.

I love that you actually have a lot of control over which cards you take from the grid. If it lines up for you, focusing on Training cards early in the game will give you a ton of flexibility down the line with your card selections. However, if you’re picking up Trainings later in the game, you’ll probably just want to take the points and tuck them behind a Dog.

My favorite strategy is the Favorite Things strategy. Thematically, it’s interesting if you heavily focus on collecting these cards because you’ll usually end up with fewer Dogs. It’s like you’re investing heavily in making sure your Dogs never run out of things to play with, and I love that.

The illustration style in the Dog Lover board game is simple and heartfelt. You can really feel the characteristics and personalities of the various Dogs come through in the way they were drawn. This aesthetic gives Dog Lover a homely feeling of familiarity that only a real-life pet can provide. After all, loving a pet is simple.

Another thing worth pointing out is that the spaces on the Trick cards dictating which cards you can take from the grid are aligned as if reflective of the Trick on the card. For example, the Beg card is in the vague shape of an upright dog putting their paws out. And the Bow card is stretched out along the floor, with a happy tail sticking up the back.

These are intentional design choices that really help me connect the theme to the gameplay.

This Dog Lover board game was actually inspired by another AEG offering: Cat Lady. So between the two games, both cat lovers and dog lovers will have a specific game that they can gravitate towards. For me personally, there’s a separate golden retriever card as well as a dog named Maple, so I’m set on both fronts. Our dog Maple’s favorite thing is also a simple tennis ball, and I try to make that combination whenever I play.

Overall the gameplay is very approachable and even with the many different card types the game doesn’t feel overwhelming for new players. There’s something for people who like set collection, optimization, or even just people who want to play a game with adorable art. It’s just important to outline the different ways to score points up front, and reiterate those throughout the game so that everybody is on the same page.

Make sure people know they have to feed their dogs! It’s common sense, but you’d be surprised what people forget when playing a board game.

When you’re playing the Dog Lover board game, the player interaction comes from the Watch Dog. I typically don’t find myself paying much attention to what other people have, because getting the cards that will help you the most is often the more important gameplan. For the most part, this makes Dog Lover a more light-hearted game instead of a cutthroat one.

As I mentioned before, most of my joy in this game comes from making fun combinations of Dogs and Traits, and imagining what their personalities are like. Growing up I wasn’t a dog person at all, but I couldn’t imagine life without the golden retrievers that have been a part of our family now that I’m older. That’s why Dog Lover really is for dog lovers; you can’t help but love that these Dog cards are representative of real Dogs and real pets. And that just makes me smile.

Dog Lover isn’t a complicated game and it doesn’t pretend to be. It presents itself as a clever game of set collection and card drafting all rolled up into a lovable furry package. So that’s exactly what you’re getting!

Maybe it’s my sentimentality, but I’m happy to award Dog Lover with the Nerds on Earth Seal of Awesomeness award! It’s such an enjoyable game that brings a smile to my face, which is exactly what I want from a board game.

You can pick up Dog Lover from AEG directly, or from your FLGS!

Until next time, I have a furry little friend that deserves some more pets from me.

Comic Haul: Many More Mid-Grade Comics I Have Encased in Plastic