Elevenses: The Guilty Party board game comes to Kickstarter September 27th! We were able to get an early sneak-peek at the game and see if it’s just as sweet as the original Elevenses board game!

Elevenses: The Guilty Party, designed by David Harding, brings afternoon tea to you and up to four friends. But – gasp – there’s been a murder! And one of you is likely the culprit! Will you be able to divert suspicion while enjoying cucumber sandwiches and biscuits with a spot of tea?

As we are reviewing the game prior to the Kickstarter, I should put in the caveat that some of the contents of this review may not be applicable to the final product. I’ll also stick this at the bottom of the review as well, but sign up to be notified of the Kickstarter Launch for Elevenses: The Guilty Party!

What do we think about Elevenses: The Guilty Party the board game? Let’s grab a teacup and discuss!

In Elevenses: The Guilty Party, players are attempting to solve a murder (or potentially a suicide) until the clock strikes 11. At that point, the constable arrives, arresting whoever has the most suspicion gained over the course of tea.

Each player has their own plate which will house the sugar-like suspicion cubes, as well as a role. This is primarily where The Guilty Party differs from the original Elevenses, because there’s a social aspect to the game including bluffing and misdirection. This manifests via the Guilt cards, secretly indicating each player is either a normal tea-drinking guest or the murderer!

Players are able to perform one of two actions on their turn:

The Tea Cards have a variety of actions like checking out another player’s Guilt card or passing cards around the table. Incidentally, this means that you’ll be ending up with different players’ cards in your hand, possibly preventing you from playing to certain spots on your spread.

On top of that, each player gets their own Guest card, which has a pattern of Tea Cards that you want to play. Once you fulfill the pattern on your Guest card, you get to swap plates, which drastically affects the outcome of the game. It’s all about the timing!

When the Elevenses card is played, players will add up the Tea Spoons on their played cards, getting a bonus if they completed the objective on their Guest card. Then, whoever has the most gets some extra cubes to disperse around as a reward. Hopefully you can end up with the fewest suspicion cubes and win the game!

Staking Our C.L.A.I.M. on Elevenses: The Guilty Party! 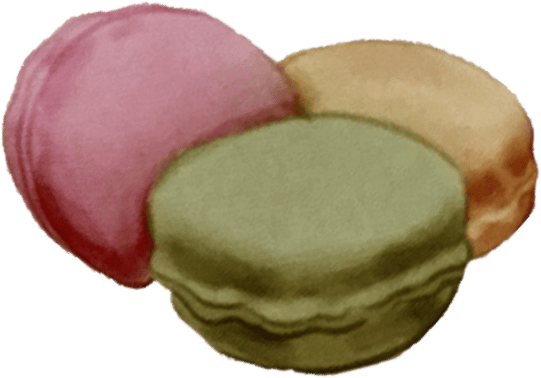 Elevenses: The Guilty Party provides some simple cards, cardboard plates, and acrylic sugar cubes as components. I did find the cards to be a bit thin but I tend to sleeve card-based games where cards are constantly being moved around. I also found the text in the rulebook to be small, especially the non-black text.

As for the cubes, a solid acrylic cube is one of my all-time favorite components in board games. You have the tracking cubes from Terraforming Mars, the cubes from Tapestry, and many others, and these cubes are right in the same vein. They’re big enough to not be too fiddly, and are a perfect analog to the sugar cubes they represent.

I’ll touch on this a bit more in the Aesthetics section, but the thick cardboard plates matching the card backs is another nice feature, because it allows you to track each plate’s original location even after it shifts hands.

Lastly we have perhaps one of the best component parts of Elevenses: The Guilty Party, which is the box! I can hardly believe that all of this packs into such a small, square box. There’s a simple insert that keeps the cards and cubes tucked away safely, and the plates & rulebook sit neatly on top.

Elevenses: The Guilty Party reminds me a lot of Love Letter, although you have more choices available to you on your turn which leads to a more interesting decision space. You generally have three cards to choose from, or you don’t even have to play a card at all. Re-arranging allows you to cycle through cards to fit your strategy, as well as give you a little chain combination for future turns.

Another mechanic that might not be initially apparent is that you can’t play same Tea Card twice in the game. Even though you might get another card of the same value from another player, if you already played that card in your spread then you can’t do much with it. It’s actually a rewarding bit of player interaction in terms of action denial.

There’s certainly an element of luck to the roles that are a key aspect of Elevenses: The Guilty Party, in that it feels difficult to win as the Murderer. However, you can switch roles with another player and try to cast suspicion on other players if you have swathes of charisma. Mechanically, you have options, even after the Murderer becomes known to the table, which I really appreciate.

The presentation of Elevenses: The Guilty Party follows the original, with beautiful illustrations all wrapped up in a tea-soaked doily. Each of the characters that you can assume via the Guest cards have a ton of personality, and I really like to try and get in character when we play. This is high society after all!

Floral patterns lace the card backs, complete with matching plates like they were all a part of some board game dining set collection. Everything just oozes with this light, airy quality that is exceptionally befitting of tea. Anything more and the game would likely feel overdone and more akin to a hearty supper than a spot of light fare.

If you’re a fan of social deduction games that play quickly, then there’s a spot for Elevenses: The Guilty Party on your shelf. I’ve previously mentioned Love Letter, although there’s a bit more meat here than you’d find in that game. Same general concept though.

The sugar cubes give a fitting visual representation of everybody’s feelings on a person. Well, at least until they switch hands. Elevenses: The Guilty Party has a cutthroat quality and it’s important that people understand that up-front. You can’t play a game like this and get upset when people start tossing sugar your way.

There’s also a sort of anti-drafting mechanic that comes into play with the passing of cards around to players. What’s nice is that everybody starts with the same stable of cards, and it’s up to you how to use those cards to win the game. Sure, there’s some randomization in there, but it’s a very approachable game that can be learned more quickly than the rulebook suggests.

Playing Elevenses: The Guilty Party makes me feel like everybody is in some kind of masquerade, just putting on a face and pretending to play nice while being slightly vindictive. Initially, a lot of the sugar cube guilt gets spread around mostly evenly, but there can be some grudges that arise from previous games if you play a couple times in a row.

Even though I don’t like being ‘the one’ when it comes to social deduction games, I don’t really get that anxiety when playing Elevenses: The Guilty Party. Maybe I feel that way because of the tea party theme, or maybe it’s because you feel like you have more control over your fate through the gameplay. There’s also a level of tension created depending on whether or not you should end the game with the Elevenses card. Once people reach six cards played, all bets are off.

Elevenses: The Guilty Party feels like an upgrade to the original game, and is a winner if you like social deduction sprinkled into your experience.

I haven’t played the original since I was introduced at a board game meetup many years ago, but Elevenses: The Guilty Party takes everything I liked about the original and adds a completely new facet to the game. It’s approachable and dynamic, allowing the player to control their appetite for victory through their personal strategy.

Sign up to be notified of the Kickstarter Launch for Elevenses: The Guilty Party!

[Disclaimer: Nerds on Earth was provided a pre-Kickstarter copy of Elevenses: The Guilty Party in exchange for an honest review.]