I was able to demo the Trek-12 board game at Origins Game Fair this past year, and it’s time to give it the full board game review it’s worthy of!

Designed by Bruno Cathala and Corentin Lebrat, Trek-12 invites you to strap on your crampons and ascend the Himalayan peaks in a delightful roll and write package. Will you be able to conquer the peaks or will you have to return to base camp without having reached the summit?

What do we think about the Trek-12 board game? Grab your hiking poles and let’s tackle those mountains!

Trek-12 is a roll and write adventure, meaning that you’ll be rolling dice and writing the results on your own personal scorepads. One of the great features of this game is that it features simultaneous play; one person rolls and everybody uses those dice at the same time in whichever way they choose.

To play, one player will roll the two dice. Then, each player will write a value in an open circle on their scorepad. You can either:

The key is that each time you do one of the above actions, you need to mark off a square on your sheet. You can only do each one a maximum of four times, so you need to manage your decisions like you would be managing your supplies on the mountain.

When you write your first value in a circle, that circle can be anywhere on your sheet, but all subsequent circles used must be touching a circle that’s already filled in. Don’t work yourself in a corner right away!

To win the game, you’ll need to score the most points. You score points by creating chains and groupings. Chains are linked circles of numbers in sequential order without repeating any numbers within the chain. Groupings are clusters of the same number whose circles are all touching each other.

Trek-12 also has a campaign-style mode called Expedition mode where you play multiple Ascents in a row. During these Ascents you may complete certain objectives which let you open up secret envelopes containing more gameplay goodies! Of course you could just open them all up right away, but where’s the suspense and fun in that?

I’m also always on the lookout for good solo games, and Trek-12 comes packaged with its own Solo mode as well. You’ll fill out two sheets – one for you and one for your opponent, Max – and try to score more points than him. You can also do the Expedition mode solo if you want!

With at least three different base maps to start playing on right away, Trek-12 has a ton of replayability without bogging you down with extra mechanics if you don’t want to use them. Each offers its own level of difficulty, meaning that you can acclimate yourself to the game before attempting to summit those more challenging maps! 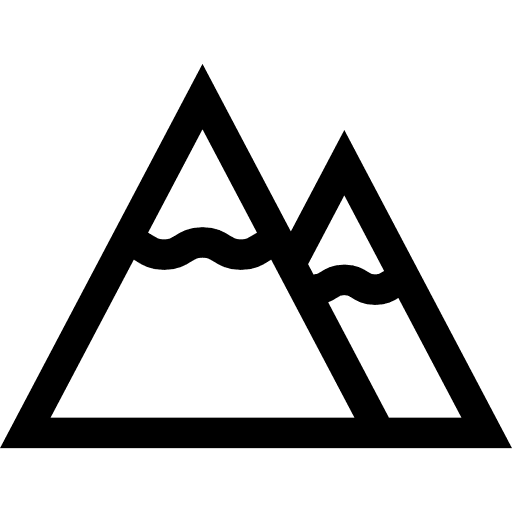 Trek-12 comes in a compact box like most roll and writes, but there’s actually quite a bit of weight to it thanks to the various scoresheets and envelopes. The two wooden dice have faces marked in a prominent, easy-to-read font that is large enough for everyone at the table to see. The cards in the game are smaller than standard, similar to the size used in Deception: Murder in Hong Kong.

I also love the feeling of the large brown envelopes! You can tell that the some of them have more substantial content than the rest, but all of them are worth opening if you can complete the corresponding achievements. As far as components go, a secret envelope with unknown contents definitely gives me something to work towards instead of just trying for a high score.

I should point out that this might be one of the few roll and write games that doesn’t come with any writing utensils in the box. This isn’t something that bothers me, but it is worth nothing if you want to take this game on a trip that you will need to pack some pencils or – if you’re brave – pens!

All in all, you seem to get a lot of value in the box, especially since there are multiple different mountain sheets that you can play on, combined with the various game modes.

What I appreciate about the strategy in the Trek-12 board game is that everybody is working within the confines of the same resources, but everybody is going to end up with drastically different results at the end of the game. It’s one of my favorite styles of non-turn-based play, reminiscent of another one of my beloved games, Tiny Towns, which I’ve written about before.

The strategy you employ also changes depending on what map you’re playing with. For example, Dunai has a massive cluster of cirlces on the left-hand side, meaning that your chains need to be planned about better than if you were on Dhaulagiri, which has more straight-forward chain paths. At the same time, some circles have a double-ring meaning that they are dangerous terrain; only numbers 0-6 can be written there.

Lastly, there’s the juggling of your ‘action resources’. You can certainly use up all of your ‘Highest value’ dice right away, but that will severely limit you closer to the end of the game. Managing your options means sometimes taking a less-than-optimal action to ensure you have more flexibility available to you later on.

The visual presentation of Trek-12 provides a very natural look that lends itself well to the theme of trekking up a mountain. There are little images of tape that make it seem like you’re reading directly from a climber’s journal while you’re reading the rulebook. Between that and the hashing on the font for the dice and other places throughout the game, the art gives you the feeling of simplicity, almost as if you’re documenting your travels.

I also love how each of the maps has its own unique art which feels prominent while not overpowering the page. You can enjoy the wonderful art without detracting from the mechanics thanks to a subtle half-opaque white circle overlay inside each of the circles. This dull the art background enough to ensure that your writing will be easily seen within.

Obviously if you’re already a fan of the roll and write genre, then Trek-12 is a game that you should definitely consider checking out. It’s incredible approachable and easy to grasp the core gameplay while still allowing you the opportunity to discover your own preferred way to play strategically. The extra maps and achievement envelopes also go a long way in helping keep the game feeling fresh with every play.

Also, since there are so many different modes, you can add Trek-12 to your game night ensemble in a variety of ways. It can easily be a quick warm-up game or a featured game if you play the Expedition mode. It can fit into small time slots of gaming when you might only have 15 minutes to fill, or you can ascend the peaks in a more casual way if you have more time to play.

A fun phenomenon that comes with games featuring simultaneous play is that everybody at the table is always invested in every roll of the dice. It creates an atmosphere where people are engaged because there’s no downtime; if there were separate, individual turns I’ve found that there is a higher chance of losing people’s interest with a roll and write game.

Because of the restriction of placement and actions, you begin to feel the pressure and squeeze towards the end of the game as well. Will you get lucky and be able to fill those final circles? Can you get one more 7 in that cluster? Trek-12 lends itself well to the idea of getting close to the summit of a hike/climb and the anticipation of all that work paying off for a sweet view.

I’m always game to try out another roll and write game, and Trek-12 is a perfect example of a game that I have enjoyed playing time and time again. Not only did I participate in COUNTLESS games while demoing at Origins, but I still find myself breaking out Trek-12 when I have a quick window of time to burn. Plus, it’s really easy to pick back up mid-game if you need to step away for a moment or two.

If you want to find out what’s in those secret envelopes, you’ll just have to play the game for yourself! Rest easy knowing that we’re awarding Trek-12 with the Nerds on Earth Seal of Awesomeness Award in the roll and write category! With Trek-12, you get to roll and write your way to the mountaintops from the comfort of your living room!

And now I need to head out on a hike before winter hits!

[Disclaimer: Nerds on Earth was provided a Trek-12 by Pandasaurus Games in exchange for an honest review.]