Board Game Review: The Perfect Halloween Game is My Father’s Work by Renegade Games Studio!

It’s true! My Father’s Work by Renegade Games Studios is the perfect spooky game to get you in the Halloween spirit this year, and every year to come!

Designed by T. C. Petty III, My Father’s Work sends mad scientists to a lavish estate to complete his life’s work. With only a page from his trusty journal to go off, will you be able to conduct the experiments necessary to achieve immortality (and immorality?) in the scientific community? And what will the nearby villagers think of what you’re concocting?

So grab a lantern and get ready for a spooky delve into the weird science of the board game, My Father’s Work!

My Father’s Work is played over the course of three Generations, each having three Rounds. During that time, players will be placing their workers within their Estate or out in the Town, advancing towards completing their Experiments.

It should be noted that in order to play the My Father’s Work board game, you’ll need access to a smartphone or table that can run the My Father’s Work app. This app guides you through the game narrative, and allows branching sequences based on the choices of the players.

When you achieve certain tasks, the Storybook (the in-game name for the app) will prompt specific players to read the screen or make decisions on their own. As the game goes on, you’ll have these little pockets of knowledge, many of which are kept secret from the rest of the table.

The app also tells you how to setup the game board with each round, as the ‘board’ is actually composed of a spiral-bound book with pages for the different playable settings. This spiral fits nicely in space created by the puzzle-like game board, which is reminiscent of Sleeping Gods, if you’re familiar with that game.

While the core of the game is steeped in worker placement, there are plenty of actions you can take to ensure your route to victory is unique. Besides acquiring knowledge cubes or other resources to assist in your experiments, you can also upgrade your Estate or record knowledge for future use.

At the end of each Generation, much of your liquid wealth is removed from your personal supply, making it so that each Generation is building on a foundation of knowledge left behind by the previous. But you can’t expect those bat wings and frog livers to stay fresh after all those years, right?

In order to complete more complicated experiments, you’ll need to have already completed lesser ones. This gives the feeling that you’re slowly accumulating the knowledge and filling in the gaps of your father’s journal as you work towards your Master Experiment.

This work isn’t for the faint of heart; conducting these experiments can lead to bouts of Insanity leading to Compulsions, as well as giving off Creepy vibes that could send the Angry Mob into an uproar against your unnatural dealings! All of this must be managed if you hope to appease your Great Grandfather’s memory.

Whichever scientist has the most points at the end of the game is the winner! 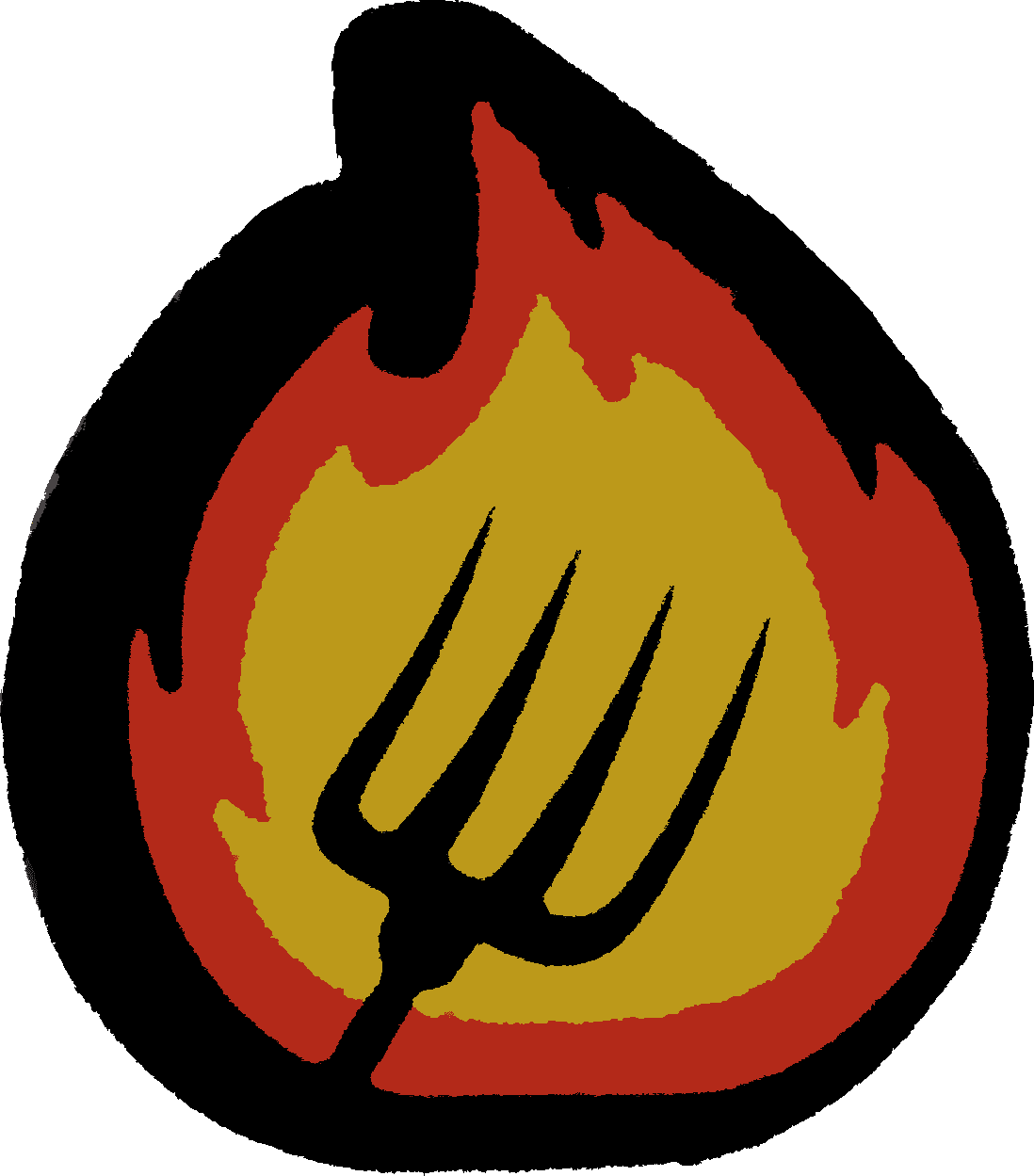 My Father’s Work is like owning an immaculate hearse decked out with all the bells, whistles, and ghoulish accoutrements to conduct your outlandish experiments from the trunk. The entire presentation easily vaults the game into the conversation for one of the best-looking games in my collection, as everything is borderline over-the-top.

The included miniatures that serve as your workers are pre-washed with ink, which really makes their detail standout without you needing to lift a finger. They also come with snap-in bases so that you can choose which miniatures serve as your Servants, Caretakes, Spouse, and Self. And they fit quite nicely!

Everything else that I took for in high-quality components is here: double-layered player boards, screen-printed tokens, and metal coins. I mean, it even comes with little glass vials with cork stoppers and little metal gears! It certainly makes you feel like you’re accumulating all of these ingredients.

The game also comes with several stackable GameTrayz inserts that keep everything tidy in the box, along with three separate boxes for each of the included scenarios that you can play through.

I tend to gravitate towards games with more than one strategy that you can pursue to victory. In My Father’s Work, you get that feeling of wanting to do everything at once, but being severely limited by your workers and resources. It’s a good feeling to have, even if you wish you could do more, because you constantly want to play again to keep doing ALL the things.

There’s a delicate and intentional balance between upgrading your Estate, which could give you powerful benefits over the course of rounds and Generations, and recording knowledge to always have access to that Knowledge even if you don’t have the cubes. Normally you’ll find yourself concentrating on a single Knowledge track or two, simply because there’s not enough time in the game to advance all the way up more than that.

You’re also constantly at risk of losing your workers, but can cleverly buy them back for use in future rounds and Generations.

From a strategy standpoint there is always something to be doing, and potentially playing ‘sub-optimally’ to stop someone else from placing their workers on a location is an option that you may yourself taking early in Generations. At the same time, there is the draw of wanting to hear all about those little story nuggets, and that influences my decisions more often than not.

Because of the upgraded components, the My Father’s Work board game has exceptional table presence. with all those potion bottles you might think people were playing some D&D or something! The art on the Experiment Cards and throughout the game boards gives you that stereotypical gothic horror feel. It’s worth noting that there’s a page in the rulebook on Xenophobia during this time and understanding that many of these tropes aren’t grounded in reality.

That being said, the art in the game is wonderful, and I especially like that the animal ingredients are all unique beasts! It adds a realistic touch to the game knowing that frogs can’t possibly be used in every experiment; sometimes you need an elephant or a wolf!

If you’re already a connoisseur of narrative story games, then My Father’s Work is already something that will appeal to your interests. With multiple scenarios, branching storylines, and a game board that changes with every round, the world really starts to come alive before you. There are times when you’re making secret decisions about pursuing objectives and it even stops you from potentially making other connections, because the app knows.

I’m used to be dismissive of board games that have apps required, because I felt like the app was just a crutch to get around solving complex problems in the game that were too complicated to achieve with cardboard. However, I’ve really come full-circle, and can appreciate that the app condenses the physical material needed in the game. Having branching storylines can easily be achieved with another booklet, ala a Make Your Own Path story, but using an app streamlines that entire process.

I’d also recommend My Father’s Work to people who like the creepy and crawly stories in the world, especially as we hit Halloween! There are certainly other games out there that use the same tropes, but the narrative of this one really helps it feel like a complete package.

Theme is oozing out of the box for My Father’s Work, much like the results of a nefarious experiment. Everywhere you look, you are confronted with horror motifs and images straight out of the 2004 classic flick, Van Helsing.

The story gets delivered to you via an actual narrator through the app, which is definitely a voice-saver when I would normally take on that role in our gaming group. The action can get broken up when specific individuals need to read the Storybook by themselves, but generally speaking the action is usually fairly constant. That being said, this is still a 2-3 hour game depending on the group and player count.

I love feeling compelled to complete certain tasks as I venture up the Insanity track, as well as the tension that comes from the Angry Mob getting too close to my Creepy marker. It also gives you an additional way of interacting with the other players, because they’ll need to be cautious lest you find a way to move the Mob in their direction.

My Father’s Work: A Successful Experiment!

There is so much to love about My Father’s Work! At first glance there is a lot going on, but throughout gameplay you can begin to see the core mechanical loop is worker placement with some light engine-building. There are so many experiments to complete, but which ones are worth your time and which ones will get you closer towards completing your Master Experiment?

Due to its tremendous production quality and sweepingly engaging narrative, we’re happy to award My Father’s Work with the Nerds on Earth Seal of Awesomeness Award! With My Father’s Work, you’ll be able to find out if generational wealth includes immortality!

What are you waiting for? Let’s start experimenting!

[Disclaimer: Nerds on Earth was provided a copy of My Father’s Work by Rengade Games Studios in exchange for an honest review.]

Why Black Adam’s Success (?) Might Hinder the DC Universe

Board Game Review: Find Fame and Glory with Northgard:…