With a slate of more superhero movies to come, there is one thing that I wish I could say to creators (and especially re-creators): We don’t need more superhero origin movies. 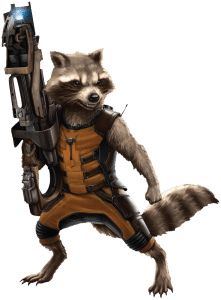 Now, that seems counterintuitive.  Of course, we want the backstory of the heroes and how they got their powers and yada yada yada.  But let’s face it: Sony/Marvel are talking about rebooting Spider-Man for the 3rd time in less than 15 years. And that doesn’t count the endless cartoons, comics, etc. about and with Spider-Man. The LAST thing we need is a 2.5 hour movie where again we get the story of Peter Parker, bitten by a spider, raised by his aging aunt and uncle, uncle gets killed by a thief Parker doesn’t stop and he becomes Spider-Man. The general collective conscience of the world understands this story.

What we want and need are more interesting stories about the characters, not more superhero origin movies.  Give me 5 minutes of set-up and go forward.  And lest you think it can’t be done well, I give to you Guardians of the Galaxy.

Maybe they just fell into it in dumb luck because they had so many stories of so many characters to introduce but they gave us all we needed to know about Star-Lord in 5 minutes. Drax the Destroyer got a couple lines. Gamora explains herself. Rocket shows his scars, tells his story and 90 seconds later, we know enough to move forward. Groot – well, he is a tree that says one thing over and over. From a pure storytelling standpoint, they gave us what we needed and moved on – in a movie that you could argue is the most unknown franchise ever brought to film.

What I am saying is this: Don’t dwell on the origin story. 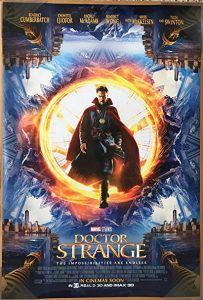 Sure, Doctor Strange is going to need some set-up. The Black Panther and Wakanda are going to need to be explained.  But don’t make the mistake of making the whole movie about that.  It shows a vast distrust of the intelligence of your audience. Give enough pieces and then tell a story.  Because in the long-run, it makes your franchises more valuable.  Because they kept wanting to just reboot the Spider-Man origin, it made the franchise stale and the solution they used was just to go all origin story on villains, which didn’t work.

Compare that to Guardians of the Galaxy that now has some backstory left to still dive into: Who is Star-Lord’s dad? What happened to Drax’s family? Was Rocket just a space Weapon X? What evil did Gamora do before turning good? The creators of that film left plenty on the table to tell more stories because they didn’t tell the complete backstory in the first film.

Or compare that to why Captain America: Winter Soldier is so much more highly regarded versus the first Captain America. It lacked the massive amount of time needed to set-up the story and could just tell the story of Hydra, SHIELD and iced down, crazy Bucky Barnes.

So, makers of movies, I implore you: Give us enough to understand what is happening and then tell us an interesting story. Because the origin story is becoming a bit redundant.