By Jason Sansbury On May 7, 2017 Last updated May 7, 2017
Share TwitterReddItPinterestFacebookEmailPrint 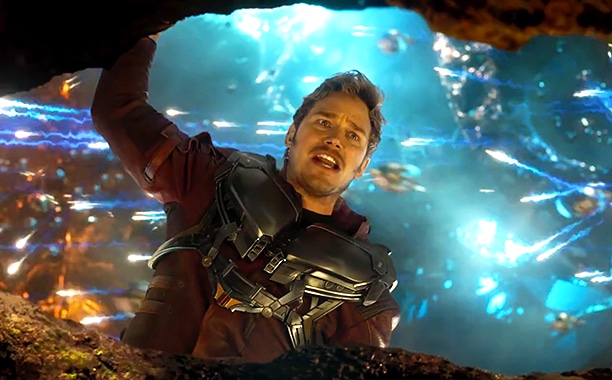 When Marvel released Guardians of the Galaxy three years ago, it took an unknown property from a far flung part of the Marvel cosmic universe and, because they largely trusted the vision of filmmaker James Gunn, turned it into a household name. Seriously, who thought the team with the talking raccoon and the tree that says one thing would turn into such a massive hit?

Fast forward to this weekend and Marvel has moved the Guardians from the August slot, usually reserved for the movies you are taking a chance on, to the summer launching May spot. With James Gunn again on board as director, he steered the film in a dangerous spot; it had to be tempting to toy with the edges but not do much too radical as the Guardians head towards the meet-up Infinity War film. Instead, Gunn made some bold choices and made a very entertaining film that was somehow more about the Guardians and less about Peter Quill aka Star-Lord, yet still advanced Quill as a character. 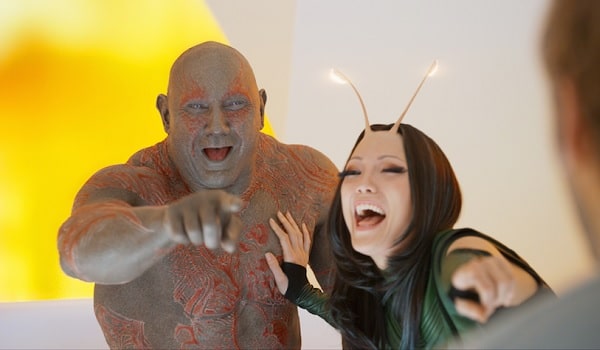 This film works well because there is what has to be a calculated attempt to mix and match the characters. Whereas last time out you basically could view the film as a set pieces of duos (Rocket and Groot, Peter and Gamora, Drax and one liners), this time out we see different interactions. There is the prerequisite scene with Peter and Gamora, but we also see some odd teams as Gamora and Peter split the party. Yondu, Rocket and Groot have some good work, as do Nebula and Rocket, and Groot and Drax.

Overall, those interactions expand the group and their chemistry. The most surprising and character developing duo is pairing the new character Mantis, an empath, with Drax, as she plays a foil to him. Drax certainly is a part of the comedic line of this film but he also expands past that as a character, in part because of Mantis’ ability to articulate the feelings of Drax. (And let’s be real: that is cinematic genius. Dave Bautista was a discovery as the comedian of the last film but he isn’t going to be on even the really, really long list of best supporting actors. Put some saline in his eyes and let the other character talk about him having deep emotions and you gain the same impact!) 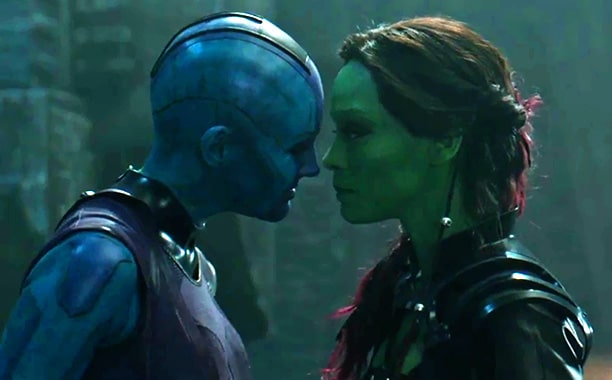 There isn’t much to say about the plot of the film without giving away too much. In short, we get a connection between family genetics and family we have chosen and it plays well. It moves the characters in some interesting ways as there is a shift towards the team becoming more solidly together; Avengers Infinity War should be quite stellar.

Finally we should all thank Gunn for his commitment to doing something well and comically with the post credit scenes. These have been a staple of the MCU since Iron Man and Gunn just cranks it up with 11 with 5 separate post credit scenes. Two of them do something to set up some potential things (They basically cast a Guardians spin-off and hired some amazing actors that make me think there is another, all new Guardians project on a whiteboard at Marvel Studios somewhere.)

Guardians of the Galaxy Vol. 2 isn’t perfect but it is definitely in the top third of Marvel movies, which is a pretty impressive place to be and that ranking shouldn’t be taken as a slight. It has already had a tremendous box office, so dominating the first half of the weekend that the second place film (Fate of the Furious) seemed to only do business as the movie people saw when Guardians sold out. Every time you have to wonder when the next Marvel flop will be and, this far, they have learned from the colossal mistakes of Iron Man 2 and have kept the movie and story moving forward, even between the big set pieces.

A reminder: Next up this year we will get Spider-Man: Homecoming and Thor Ragnorak. This year promises to be a very good one for Marvel and those that love their universe, their stories, and their films.