By Kerry Moore On May 8, 2017 Last updated May 9, 2017
Share TwitterReddItPinterestFacebookEmailPrint 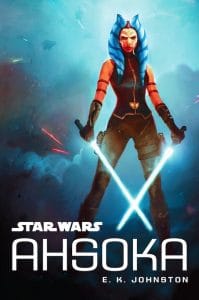 Ahsoka is a lot of things—a great read, fan service for the bonafide fans, and a welcome exploration of a period that Lucasfilm has been slow to explore. But more than anything, the novel is a first-class western. Before taking a spoiler-free dive into this excellent book, let’s take a second to understand why it works so well.

Two of the greatest strengths of the Star Wars universe are its strength and flexibility. George Lucas forged a vision so strong that almost any genre or theme can fit and flourish within the almost infinite confines of that galaxy far, far away.

At the same time, small stories like Ahsoka have a place beside the more epic storytelling of the films because of the basic beats—good versus evil, rebels fighting against a cruel empire, a mystical power some beings can manipulate, all set against myriad of planets, ships, and species—and human elements (love, hope, betrayal) that are universal in their cultural appeal.

Now that we’ve established a basic framework, let’s fit Ahsoka into it.

E.K. Johnston’s story picks up where The Clone Wars left off, with Ahsoka having left the Jedi Order and Palpatine’s new Galactic Empire establishing an iron grip, planet by planet, across the galaxy. This is not the same happy-go-lucky Snips we knew Anakin Skywalker’s Padawan learner. Ahsoka is alone; the Jedi have been hunted down and eradicated by Order 66; friends like the clone trooper Rex and mentors like Master Yoda and Anakin Skywalker have apparently been killed. The first lines of the novel emphasize this new solitude:

“She was alone, something she was never meant to be. Her people were tribal, blood and bond, and ability to use the Force gave her a galaxy of brethren from all species. Even after she left the Jedi Temple, she could feel the others when she wanted to—the ebb and flow of them in the Force around her.

Until, of course, she couldn’t.”

Ahsoka is lost. Without the Jedi Order, its routines, and its regimented way of life, she has no foundation on which to rest or build a new life. Living under a new name and flitting from planet to moon to stay one step ahead of the Empire, Snips is jaded and withdrawn, a leaf floating in a pitiless breeze.

All that changes when the Empire comes to Raada, the moon she calls home. For the first time, Ahsoka encounters the full weight of the Empire, and Johnston does a great job of conveying its carelessly brutality and disturbingly mundane bureaucracy (the similarity of the Empire to the Third Reich is not accidental). Snips has to decide between anonymous survival and resistance to save those she cares about.

This vibe fits with some of the best Western films and novels (True Grit, Unforgiven, the original The Magnificent Seven) and Ahsoka, the book and the character alike, wears it well. The novel is also distinctly and proudly feminist; Ahsoka and her friends Kaeden and Miara, the Larte sisters, are more than capable of taking care of themselves. This matter-of-fact approach to female power is something the Star Wars universe needs more of. 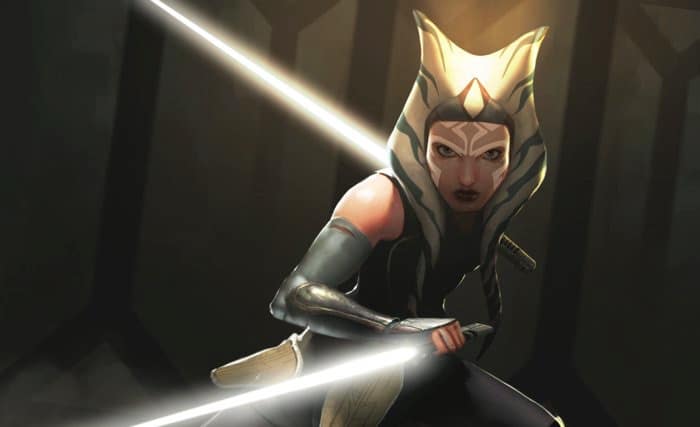 Johnston also makes some great observations about the nature of the Force and Force users throughout the novel. Palpatine might have eradicated the Jedi with Order 66, but the Force cannot be killed. How does the Force manifest itself without the interference of sentient beings like the Jedi and Sith? What happens to Force-sensitive beings without a benevolent order of Jedi Knights (or even a selfish cult like the Sith, for that matter) to train them? How does the Empire handle the discovery of Force-sensitive beings and leftover Force users like Ahsoka? These are questions Star Wars has never taken the time to answer, and Johnston’s explorations are one of the most satisfying parts of Ahsoka.

All of the connections Johnston makes to various parts of the Star Wars universe, from the films to the TV shows, are a real treat. The old Expanded Universe even gets a nod with the reappearance of the Black Sun criminal syndicate (though everyone’s favorite reptilian Casanova is unfortunately nowhere to be found). Characters are used well, and familiar faces pop up long enough to bring a jolt of happy recognition but disappear before becoming gimmicky.

Ahsoka is a truly great novel. It’s packed with all the heroic action and Force powers fans could want, while also incorporating themes that might be unexpected but are more than welcome. This is E.K. Johnston’s first professional foray into Star Wars—if her first effort is this good, fans should hope for much more.