By Michael Ray Johnson On May 9, 2017 Last updated May 8, 2017
Share TwitterReddItPinterestFacebookEmailPrint

Character death is something every roleplayer experiences at some point or another. Depending on the style of play of your group and gamemaster, character death may be frequent, uncommon, or rare, but the threat of it is pretty much always there.

When death does happen, it can be frustrating to lose a character you’ve put a lot of work into. It can be tragic, and it can even be heroic. Sometimes, it’s funny, or exciting. And sometimes, it just defies classification. (We’ve written some tips on dealing with character death, as well as how character death can comfort real life grief.) 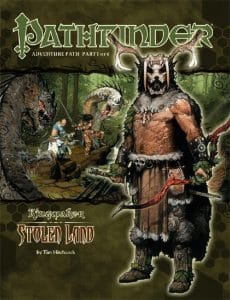 Such a circumstance happened just this past week in one of my weekly Pathfinder games. The group has been playing through the Kingmaker Adventure Path and are around halfway through. Their characters are currently 10th level. We had a new player join us this week that has played with this group before, but not in this campaign.

The player set about creating a cavalier which would fit in well with the party’s current characters (a ranger, rogue, druid, bard, and witch).

While the player was finishing up the last details of their character, I began the session with the others. The party was in the process of breaking into a despotic baron’s castle. The baron had recently surrendered to an invading army and had then joined forces with the invaders. He now had the residents of his barony under strict curfew, and was redirecting food and other resources away from his own people and to the invading forces.

The party’s intent was to take out the baron and his inner circle. They decided to make their attack at night, and through the use of various abilities, such as dimension door spells and wildshape, they gained access through the highest floor of the castle’s tower and straight into the room where the baron and his mistress were in bed. Battle was joined.

Meanwhile, the new player had finished their character. I decided, with the player’s agreement, that their character had come to the castle as a visitor before the invasion had occurred and was now being kept there by the baron “for her own safety”; still technically a visitor, but essentially a prisoner.

I wanted the opportunity to get the new PC involved quickly, as I  didn’t want the player to have to sit and watch the battle (which had the potential to be a long one since the party was invading an entire castle full of guards). 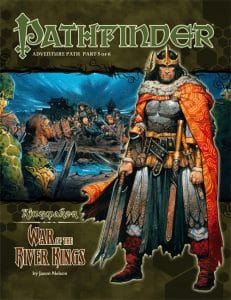 Since the party had taken the baron and his mistress by surprise and they were thus unarmed, I had the mistress (a bard) use a dimension door spell to take her and the baron to a place of temporary safety, which just happened to be the room that the new character was staying in.

The party druid had taken the form of an earth elemental and used that form’s earth glide ability to pass through the stone walls of the castle to search for where the baron and the mistress had gone. It didn’t take long for him to find them and the battle was rejoined. The mistress then used a confusion spell to try to buy her and the baron some more time. The druid passed his save, but the new character (who was already sufficiently confused by a battle suddenly breaking out in her bedroom) failed.

A confusion spells causes its targets to behave in a random fashion as determined by a table. For the first couple rounds, this resulted in the new PC simply babbling incoherently. In this time, the baron was killed and the mistress used another dimension door spell to escape. The druid then left the room via earth glide to search other parts of the castle.

Meanwhile, the rest of the party had engaged some guards out in the hall and were only just reaching the room. It was then that the new PC’s random action dictated that she attack the nearest character—which now happened to be the party’s rogue.

Since the rogue hadn’t been there to see the confusion spell cast (and the druid wasn’t there to tell him), the players all agreed that he would simply see this person as another castle occupant who needed to be stopped. So he attacked her back.

As the new character was unarmed and unarmoured, it was a rather one-sided battle. The rogue did not intend to kill her, simply bring to unconsciousness, but an unlucky critical hit when she only had 2 hit points left resulted in her death. 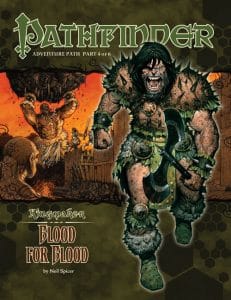 There was some discussion amongst the players about whether the rogue could use a hero point to reverse the critical hit to just a standard hit, and I was going to allow it, but the new character’s player stated that they didn’t want the results reversed, that the situation was just too hilarious and awesome to undo.

And so, not only did the new character die in her very first session, but she did so at the hands of one of the other party members without ever having had an actual introduction. The party never even got to learn her name.

I’ve been playing and GMing roleplaying games for over thirty years, and I’ve never seen anything quite like this. It had the potential to be a very frustrating moment for the new player (and the other players too), but luckily everybody was on board with what happened, and everyone had a great time.

And in the end, having a good time is all that really matters.