Jean Grey is one of the original X-men, alongside Cyclops, Beast, Angel and Iceman. These were the first students of Charles Xavier and their beginning is chronicled in the earliest issues of the X-men comic. 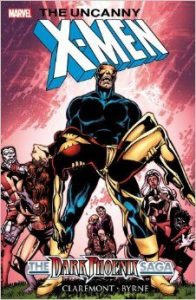 Jean began as a telekinetic and later added on telepathy. When the comic book started to tank, they decided to jazz it up and brought in the All New, All Different line-up, with characters like Wolverine, Nightcrawler and Colossus.  But Jean Grey was one of the holdovers from the original team.

At that time, Marvel mandated that Phoenix should stay dead, in large part because even though she wasn’t in control of herself at the time, Jean Grey obliterated a planet and actions need to have consequences. For 6 years, it stayed that way. Jean Grey was dead.

But because it is comics, they hatched a reboot, where Phoenix was dead but the body of Jean Grey resurrected and was a part of X-Factor, a new series using the original X-men. 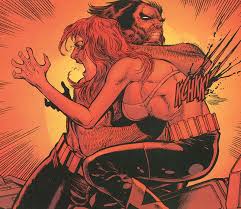 Then Jean was around for a really, really long time. Most notably, she was in the Grant Morrison’s New X-men run. Near the end of that run, in New X-men #150 in 2003, Jean Grey is killed by Xorn, who may or may not have been Magneto, or a Magneto clone or, well, who knows, because it was confusingly retconned later in a way that is barely understandable.

And, since that time, Jean Grey was dead.

That is, until 2012’s launch of All-New X-Men. The premise of that book is that the Beast – in a bit of rage against Cyclops – brings the original X-men into the future, the current time in comics. He did this because he thought that if Cyclops could be set right by his younger self, he might stop his current moves, which includes being much more aggressive about defending the new mutants that are popping up around the world. (Mutants stopped happening awhile ago.) And Beast is mad because Cyclops, possessed by the Phoenix Force killed Charles Xavier. (I told you. Spoilers).

So teenage Jean Grey is in the present, the center of the All New X-men book thus far.

So, why can’t Marvel leave Jean Grey dead? I think there are a couple reasons:

Should we keep Jean Grey dead? Probably. But I will say that the All-New X-Men run happening right now is fantastic storytelling and has done something truly unique: given us new Jean Grey story, both in power and personality, while still scratching the nostalgic itch that everyone seems to need but not truly “resurrecting” her.

At least, that is what I think all these resurrections are about.

Thanks so much for reading. If you’ve enjoyed Nerds on Earth, please help us spread the word by using the social media buttons just below.

The Digital Future of D&D 5e: Reviewing the Dragon+ App

4 Reasons You Should Read (or Re-read) X-Men: Age of Apocalypse

The Pros and Pros of X of Swords, the X-Men Summer Event

Comic Characters You Should Know: Krakoa