Are Witches to Blame for Climate Change?

Climate change is caused by witches! Consider the following as irrefutable proof.

In an Indian village the local goddess accused a 63-year-old mother of five of casting evil spells. In response an angry mob dragged her out of her home and beheaded her. This was in July 2015, and there are a dozen more of these cases that have been reported since. 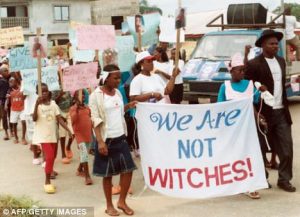 The problem of witchcraft is not limited to that region. In 2014 a Zimbabwean man stoned his 71-year-old uncle to death for sorcery. In February of this year, an albino child from Tanzania was suspected of being a witch, so he was killed and mutilated.

That’s not all. There were more than 50 sorcery-related killings in Papua New Guinea alone. The United Nations published a report of the alarming number of cases around the world, listing 41 countries at fault, with the over-whelming number of victims being female. It is also estimated that the majority of cases go unreported, so there are many more unaccounted for. This heart-breaking video shares more of these real life stories.

So are witches to blame for climate change?

So what does the killing of alleged witches have to do with climate change? Weather volatility is a condition that appears to correlate with the increase in witch-hunts. Beliefs in witchcraft and sorcery crop up (pun intended) mostly among agrarian (farming) societies. Consequently, animosity toward witches is commonly triggered by climate crises.

For instance, many of these areas are suffering from major droughts, with crop lands experiencing some of the lowest rainfalls in decades. It is unsurprising that witch-related violence is rising. Or not. Some areas are embracing witches, the thinking being that if witches are controlling the climate, then why not get the witches on your side. 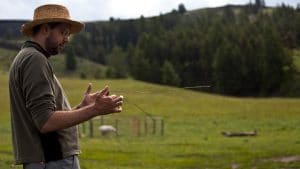 California farmers, desperate for water, are increasingly turning to sorcerers and spiritualists known as “water witches” to save their crops. These “witchers,” as they are called in the Sunshine State, charge up to 50 large to locate a spot on the ground for a well.

John Franzia, CEO of the Bronco Wine Company, says “I’ve used witchers for probably the last 15 to 20 years. Seems like the witchers do the better job than the guys with all the electrical equipment. I believe in them.” If you are paying a witch $50,000 a pop, you certainly must believe in them.

This isn’t even a new thing. Mankind has known for a thousand years that witches are to blame for climate change. In 1484 Pope Innocent VIII linked the destruction of crops to supernatural practices of witches and sorcerers. Indeed, scholars throughout the centuries have collected extensive statistical and anecdotal evidence that reveals how witch persecutions have spiked after particularly bad harvests (the height of which was between 1550 and 1650).

Why won’t the weather witches step up?

So now that we know witches are to blame for climate change, why don’t we do something about it? Mainly, because the witches just don’t care.

Storm – member of the X-men and Goddess of the Weather – hasn’t used her considerable mutant power and control over the elements to make any sort of material improvement upon the lives of poor farmers around the world.

Likewise, my 5th level D&D 5e Wizard hasn’t done much either. Sure, he’s battled Elemental Evil, but he has access to a spell book that contains a vast array on incantations designed to manipulate the elements. Surely he good step up to do some good, couldn’t he?

What can I do about climate change?

Alas, despite witches clearly being the cause of climate change, it appears that it is up to us mere mortals to battle it. It’s clear that we won’t be able to rely on mutant powers or magical invocations.

Instead, we must trust and rally behind the 97% of climate scientists that agree climate-warming trends over the past century are due to human activities, while seeking guidance from the majority of leading scientific organizations worldwide that have issued public statements endorsing this position.

Meanwhile, let’s eliminate the violence against our witch brothers and sisters. After all, if us humans can’t rally soon to begin reversing the trends of climate change, we might end up having to rely on the witches to save us all.

Think Humanity is Good at Determining Truth Versus Fiction?: From the Witch Trials to…

Aliens and Future Tech: Why the Military is Developing Comms Straight out of Science…

Think Humanity is Good at Determining Truth Versus Fiction?:…