By Jason Sansbury On Sep 19, 2015 Last updated May 2, 2017
Share TwitterReddItPinterestFacebookEmailPrint

One of the pantheons of modern science fiction is the much beloved, cancelled way too soon Joss Whedon television show Firefly, which culminated in a massive fan effort to help finish the story in the movie Serenity.  If you have never watched it, stop what you are doing, call in sick, take a vacation day and do whatever it takes to watch it through.

And one of the best parts of the series is magnificent writing that ends up with some of the best one liners in all of the medium. Here are 7 of my personal favorite lines in no particular order with a little bit of context on each of them.

In one episode, Mal winds up unknowingly taking a wife as a thank you gift from the local people. And when he refuses to sleep with her, she does the best seductive reading of the Bible I have ever seen or heard, which culminates in Mal’s oddly appreciative line above.

“Quite specific. It (The Bible) is fuzzy about kneecaps.”- Shepherd Book 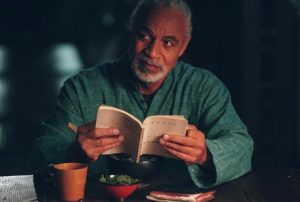 Shepherd Book is maybe my favorite character from the series. When we meet him, he is essentially a science fiction traveling monk, wandering the universe, sharing the Story. But he also clearly has a past and when time comes to bust out Mal from the clutches of some really bad men, Zoe questions him, asking whether or not the Bible has anything to say about killing when he picks up a gun.

Shepherd’s answer (and his skill using the weapon) are a thing to behold. (I have to say, War Stories may be the most loaded with one liners of the series, as we get Mal’s bravado in the face of being tortured to death. Repeatedly.

“No more running. I aim to misbehave.”

At his core, Captain Malcolm Reynolds is a rebel, rebellious against those who have power and those who use it harm those who are weak. Throughout the series, Mal is constantly stuck between doing the thing that will make a buck and the thing that will help others and put him at odds with the Alliance. It culminates in a beautiful speech that serves to launch the climax of the Serenity movie.

I am not going to spoil it if you haven’t seen it but towards the end of the movie, the character of Zoe has been put through the ringer and Mal has every reason to wonder how she is doing. When he asks about the ship being repaired and ready to go, it serves to also answer his questions about how Zoe is doing.

“If you take sexual advantage of her, you’re going to burn in a very special level of hell, a level they reserve for child molesters and people who talk at a theater.”- Shepherd Book.

As Mal is trying to figure out what to do with his new unexpected wife, the crew has a special level of enjoyment watching him squirm. And, if you have ever had to sit behind a group of teenagers at a movie theater when it is clear they just needed a place to hang out and aren’t interested in the movie at all, you want to believe there is a place just for them. (Get off my nerd lawn kids if you are just here to take your selfies and try and be funny over a movie I really want to see.) 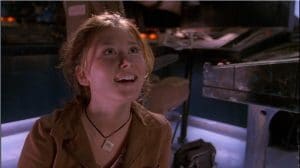 Much of the series has had times of romantic tension between the ship’s mechanic, tomboy extraordinaire Kaylee and the doctor who has passage on the ship, Simon. As the fight at the end of Serenity starts to come, Simon confesses his love. To clarify, Kaylee asks him if he means sex and when he gives the affirmative, she utters this amazing line as she readies her weapon.

What was a line in the movie Serenity became something embraced by the fandom to the point that it has tremendous meaning for the fans of the show. Mal and the others are at the point where they need to expose the pure evil of the Alliance’s actions and it reaches a climax when an ally utters the line and gives them the ability to broadcast that news across the whole universe.

And fans embraced it, making it a sign of the plucky television show that was canceled too soon but found it’s way to the big screen for a beautiful closing in what most of us hope won’t be the last chapter. Because you can’t stop the signal.

There you have it, 7 great lines from Firefly. Have a favorite line that isn’t included in this? Share it with us and why it means so much to you!

For added fun, you might want to read the comics that extend the Firefly universe.

Are Witches to Blame for Climate Change?