“Take my love, take my land. Take me where I cannot stand. I don’t care; I’m still free. You can’t take the sky from me.” – The Ballad of Serenity

Say what you will about Browncoats, the name fans embraced for themselves off the very short run television series Firefly. The Fox network canceled the much beloved show after less than 4 months in 2002, airing some 14 episodes. And, for most shows, that would be the end of it. But as all Browncoats know, you can’t stop the signal.

So the fans rallied and, amazingly, there was a deal struck so that the story of season 1 of Firefly could be completed in the film Serenity, released to theaters in the fall of 2005. And it was glorious. And closure.

News of a Firefly Revival

Fast forward some dozen years and Fox executive David Madden recently made some noise about there being a reboot of Firefly, on the condition that Joss Whedon would return. 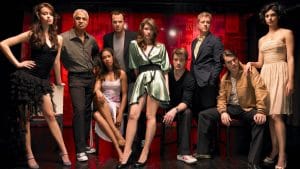 And I don’t want it. Don’t get me wrong. I love the show and movie. If I could quote just one pop culture phenomenon it would be Firefly. Want to see me cry? Get me to talk about Wash. Want to see me become heroic? Tell me it’s my turn. But we can’t go back…

For starters, you’d have to assume that Joss Whedon would ever trust Fox again. Now, maybe he would because he seems like a kind, gracious man. But this is the same network that grounded the ship the first time, after airing episodes out of order and around playoff baseball, on Friday nights, never really giving it a chance to survive. Then, they misplayed his next show as well, the less beloved but still excellent Dollhouse. If I am Joss Whedon, making a partnership with Fox isn’t at the top of my list.

Second, Joss Whedon isn’t Joss Whedon anymore. He is Joss Whedon, director of 2 movies who yielded $1 billion in box office. Why would he go back to television?

I mean, he loves the Browncoats and the Browncoats love him, but maybe this isn’t what he wants to do now. He has stated that he made the most money of his professional career on his independently created Dr. Horrible and has teased that they have an idea for the second season of that.

His break between the Avengers movies was a modernized black and white movie that used Shakespeare’s text; if you haven’t seen Much Ado About Nothing, you should totally check it out. The only thing he has talked about being on-tap is a horror movie set in World War II.

Third, the actors and actresses have moved on, most to really successful careers. Alan Tudyk is in the currently running Powerless DC show on NBC. Gina Torres has dazzled on Suits and will, I am sure, be snatched up when that show ends. Nathan Fillion made quite the rebound with the long running Castle television show. Morena Baccarin has had a great run on the show Homeland and starring in movies like Deadpool. While they all too love the show and its fans, I just don’t think we can go back. 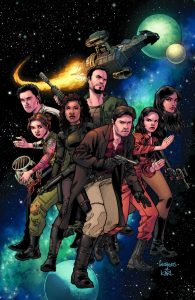 Now, we can go forward. They have expanded the universe through some great comics, telling stories both backwards and forwards from the end of the film. The potential there is great! Stories can still be told, and, yes, it won’t reach the size audience of television. But it doesn’t make it any less great; comics have a special effects budget you would not believe.

I am sorry Browncoats. I really am. But we can’t go back. So, fire up your DVD player and watch some War Stories. Settle in and get weepy at Out of Gas. And love it all. But know that we can’t ever go back. Only forward. Can’t stop the signal.

Besides, DC is going to need to call him soon to save them from themselves.

Xorn, Nerdsplained: Making Sense of One of the Most Confusing Characters in Comics