Kalla Oloore was born into a village very nearly off the map.  It was a community formed from the outcast and exiled; nearly every race was represented in the population. Kalla’s mother, Ada, a human, was outcast from her hometown after a tiefling forced himself upon her. The impending tiefling offspring was an unwelcome presence.

Ada always thought of Kalla before she thought of herself, borrowing tales from a bard in an attempt to distract her daughter from her infernal heritage. Her gifts came mostly in the form of regaling stories, songs of epic fantasy, and history books rife with heroes, heroines, and their tales. Kalla’s imagination was fed by the feats of legends.  She yearned to be taught the ways of the wizards – they were her favorite!

The same bard visited a couple of times a year every year, and came to know and even love the horned Kalla. He always made sure to bring with him that which would satisfy her wizardry fixation. On her fourteenth birthday he brought her a ragged, incomplete volume of spells and cantrips, but even two years later she had not managed to successfully cast a single one. “It seems I’m meant for nothing more than sowing and reaping,” she resigned.

But Kalla’s attempts at magic rang like a soft bell throughout other planes of existence; inaudible to most of the inhabitants, but unmistakable to others. Tigerion the False Appeaser, an ancient fiend, suppressed Kalla’s natural magical ability, knowing that in doing so its power over her might only increase.

Before, magic had been an infantile infatuation with the mysterious…but now it had grown in Kalla to be that which she wanted more than anything but believed she could not have. The perfect time for Tigerion to make his offer had come.

He came to her in a dream, offering Kalla the power she had had all along but that he had kept from her (of course she remained unaware of his meddling). The facade of bestowing that power gave him the influence he desired.

When Kalla asked why she had been chosen, Tigerion leveraged her love of legends to weave for her an irresistible tale: One in which she would have stories, songs, and books of her own. His plan was simple (it always was): Give mortals their heart’s greatest desire and make it break their heart. He knew no greater satisfaction than the ruin of a dream.

On her own, Kalla might have been able to light a fire with a spell and have been completely satisfied with that small feat. Now, with Tigerion’s help, she could grow to set fire to the world, and if he gets his way that is exactly what she’ll do. Oh, she’ll have her stories, songs, and tales…only she will not be the hero. 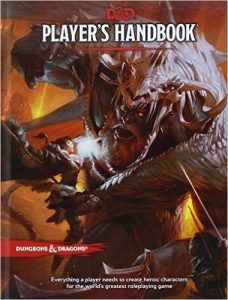 Now that Tigerion the False Appeaser had ceased suppressing her tiefling heritage, Kalla found that she could easily cast cantrips and spells that before were beyond her ability.  Her years of practice, though fruitless, had still managed to pay off.  She was no novice; she was a budding Warlock.

Without even the barest of efforts, she found she could cast the cantrips

And with the right materials and a bit of focus, she could also cast the spells Witch Bolt and Armor of Agathys.

As an impoverish daughter of an exile, the only weapons she’d ever had access to were simple weapons, of which she favored the quarterstaff.  Incidentally, because it is a versatile weapon, she can strike while grasping it with two hands for 1d8 damage or while grasping with only one for 1d6 – leaving her other hand open to rummage through her component pouch her any material she might need to cast a spell.

Kalla will be an interesting play. Her alignment is Lawful Good as a result of her infatuation the heroes and heroines of old. However, Tigerion the False Appearer is most definitely Chaotic Evil, and he has tremendous influence over Kalla. He is essentially the gatekeeper of her power; granting it when he wishes and suppressing it when Kalla does not act in accordance with his wills. I foresee two possible narrative arcs for her:

At 3rd level, the Warlock can choose one of three pacts. All of them are sexy, and I’m not sure which I would choose!  It’s a genuinely difficult choice from among:

Ugh, after putting the time in to Kalla Oloore, I’m really wanting to play as her! I managed to get her Charisma score up to 17, granting a +3 to her magical attacks. And it is not only her mechanics that draw me to her, but the potential of her narrative arc. Her devolution would make her play style dynamic. A solid DM taking the reigns of Tigerion – getting into his headspace and pulling Kalla’s strings – would be frustrating, but also extremely intriguing!  I’m hooked already.

Thanks for reading Nerds on Earth. If you are interested in creating your own characters, you can pick up the Player’s Handbook from Amazon.