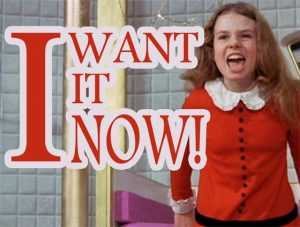 But on this side of Star Wars: The Force Awakens (don’t worry; no spoilers lie ahead!), I have come to recognize and have a love/hate relationship with a cyclical pattern of waiting that us nerds go through with every major nerdy box office release.  It comes in three stages, each with its own pros and cons.

Stage One – The “It’s Coming” Stage

This stage has varying start points.  Sometimes the rumor mill kicks things off.  At other times we receive official word of a movie or movies coming down the pipe.  And so it begins…

This is easily the worst of them all.  We’ve waited for months for this day, and now we’re in line to watch the movie.  I got to Star Wars: The Force Awakens last night almost 40 full minutes before showtime at 10:10pm on its second night in the theater and yet there was a line hundreds of people long. 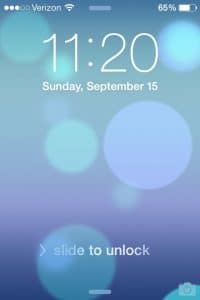 Stage Three – The “What’s Next” Stage

It finally happened!  And of course the most important questions is “What’s Next?”  I think this stage has two potential realities.

A Review of The Force Awakens