Dune. Ender’s Game. Stranger In A Strange Land. There are a lot of great science fiction books out there, and most of them are considered classics–must-reads for any fan of  the genre.

But it’s wide, wide world out there, and there are plenty of books that don’t get the kind of press that they deserve. These titles aren’t obscure or unknown by any means, but they’re often overshadowed by other works.

We’ve run down a few of them for you. 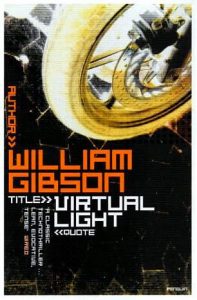 William Gibson is (rightly) celebrated for his science fiction masterpiece, Neuromancer. But say what you will about how much that book predicted the future, it’s still pretty far off (unless I’m really out of the loop, there isn’t a space station full of Rastafarians orbiting the planet yet).

In the Bridge trilogy (composed of Virtual Light, Idoru, and All Tomorrow’s Parties), Gibson shoots for a much less distant future–the one we’re living in now. And he gets it exactly, scarily right. These books focus on the lives of the little people that scurry around the frequently terrifying world in which we live, with Virtual Light looking at the ethics of urban planning, private security, and at least one Japanese sociologist. 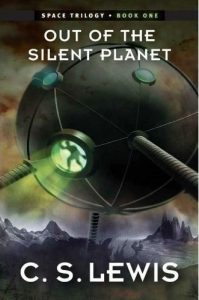 Like Gibson, C.S. Lewis is a vastly influential and popular author, both for his fiction and nonfiction writing. But his Space Trilogy (Out of the Silent Planet, Perelandra, and That Hideous Strength) seems to have flown under a lot of different radars, which is crazy, since these books do for science fiction what The Chronicles of Narnia did for fantasy.

Yes, that means that Lewis is using sci-fi tropes to explore theological topics. But unlike the Chronicles, the Space Trilogy is not for children. It’s quirky and entertaining, of course, but much more sober and mature. It’s a space epic that goes from Mars to Venus and back to Earth, with aliens, demons, and magic. People get badly hurt, a lot of serious questions get asked, and by the end, Lewis proves once again that if you’re good enough, you can write a religious book that’s neither preachy nor overbearing. 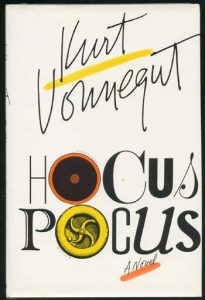 Vonnegut’s second-to-last book is hands down his best, and this is the guy who wrote Slaughterhouse 5, Cat’s Cradle, and “Harrison Bergeron,” so that’s saying something. The fact that nobody talks about this book blows my mind, because it is the perfect distillation of everything he ever wrote about, all in one book.

Cobbled together from the scraps of the journal of a dying man, Hocus Pocus tackles questions of sex, racism, poverty, religion, war, and education. It might not be the most traditional sci-fi, but that’s because Vonnegut’s near future of for-profit prisons owned by Japanese corporations and rich white people who stockpile guns in the hopes of getting a chance to defend themselves against their black neighbors isn’t the future–it’s here right now, and he called it twenty years ago. 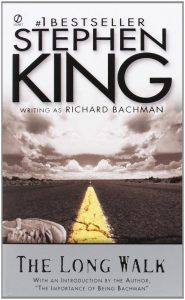 Written under the pseudonym of Richard Bachman, The Long Walk is Stephen King’s other attempt at satirizing reality television (the other being The Running Man, which bares very little resemblance to the Schwarzenegger film). The premise is, like King’s best books, very simple: there’s a competition where 100 young men have to start walking in Maine. They have to maintain at least a 4 MPH pace, or they get shot. The walk is over when only one person is alive.

That’s the premise, and as the walk goes on and the number of participants start dropping, we start to see the cracks around the edges of society, sports, and entertainment. It’s shorter than the Hunger Games, as well as being more more emotional and visceral, and it was written a good twenty years before Survivor. The Long Walk is THE reality show satire. 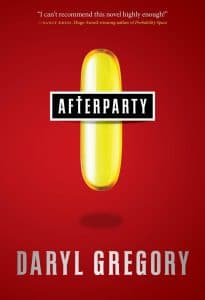 Afterparty is the kind of delightfully idiosyncratic book that I wish I had written. It follows a genius chemist who accidentally created a drug that evokes religious awe in anyone who takes it–which sounds good, until you start to believe that you have actual, literal angels following you around.

Afterparty is one of those books that has so many casual details, you know the author has lived through it–and since so much of the book takes place in drug labs and psych wards, I don’t know if I really want to party with Daryl Gregory or hope I never meet him in a dark alley (a little of both). No aliens, no crazy sci-fi tech, but this book has a lot to say about our ever-increasing dependence on chemical mood alteration and the place of religion in our world. 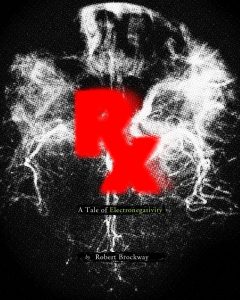 When I heard that Cracked.com writer Robert Brockway was writing a book, I was thrilled; when I learned it was about drugs and time travel, all I wanted to know was when I could read it. I finally got my hands on it, and I was not disappointed.

In Brockway’s own words, he wanted to write a time travel story “where you could do whatever you wanted,” and he delivers on that premise (the story opens with a fight between Abraham Lincoln and a dinosaur). Some great character work, impressive fight sequences, and a plot that starts out as silly fun and rapidly builds into a legitimately engrossing investigation of the consequences of our lifestyles makes Rx a solid read. The annotated edition, which, to my knowledge, is only available as an e-book, provides a fascinating behind-the-scenes look at Brockway’s inspirations and creative process. 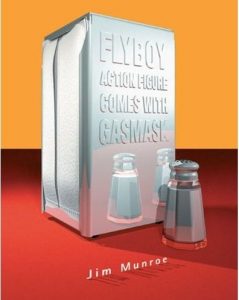 Canadian author Jim Munroe has written almost half a dozen fantastic books–Angry Young Spaceman, An Opening Act of Unspeakable Evil, and Everything in Silico, to name a few–but Flyboy Action Figure Comes With Gasmask was my first, and still my favorite. It’s a superhero story that follows two slackers who realize they have super powers and decide to fight, not crime, but corporate culture and corrupt police officials.

Anyone who’s even heard of comic books can find something to love in Flyboy, which tackles problems with origin stories, costumes, and meeting your heroes. It’s hysterically funny and heartbreakingly human at the same time, with one of the absolute best endings of any book I’ve ever read, sci-fi or otherwise. I’ve never read anything like it, and I cannot recommend it highly enough.

Talk Nerdy to Me: 7 Valentine’s Day Options for Nerds