When you think of Harry Potter, I’m sure you think of The Boy Who Lived and his two friends, a bushy haired girl and a red headed boy. You think of wands, brooms, owls, spells, and magical creatures. But what you don’t notice right away but eventually wonder how you missed it, is the vast amount of strong, powerful witches.

Small disclaimer: This is my list and who I feel are the most powerful. They are in no particular order. And this also a list of seven. I can’t just list every woman in the books. Because I wish I could. 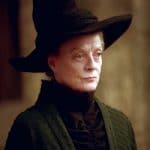 Let’s face it. The Transfiguration teacher is amazing. A total badass. She’s the Head of Gryffindor and the most powerful witch in Hogwarts. Anyone who goes up against Professor McGonagall is foolish. And probably dead or injured very badly.

Minerva McGonagall is one of the first magical people you meet at #12 Privet Drive. And she’s a cat. And turns into a woman. With a hat on. And a Scottish accent. I mean, what more could you want or even need?

She’s also a witch that doesn’t take crap from anyone. She will tell you what she thinks and expect you to do what is right. No ifs, ands, or buts about it. 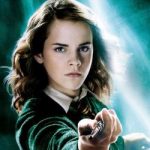 One of Harry’s best friends and Ron’s future wife. She is pronounced the brightest witch of her age. She’s obsessed with learning and being the best she can be. In fact, the Sorting Hat debated on putting her in Ravenclaw but ended up placing her in Gryffindor. The last person the Hat did that to was (you guessed it) McGonagall.

Hermione is muggle-born and knew nothing of magic before she got her acceptance letter. She then used her cleverness and love of learning to absorb everything she possibly could about magic and the world she was entering.

She even read Hogwarts: A History. Who does that? Only Hermione. And probably McGonagall. Hermione takes Harry through time, helps break into the Ministry, traps Rita Skeeter, keeps Ron and Harry alive for most of their lives, and helps save the wizarding world. 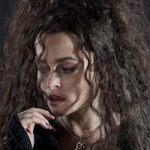 Everyone’s favorite crazy witch. She’s bad, as in evil. But also powerful. Crazy makes for powerful magic. And boy, does Bellatrix have some. She’s devoted to her Dark Lord and his cause. Just think of a high ranking Nazi General, with a tank. That’s Bellatrix.

Now throw in wild hair, crazy eyes, and a crooked wand that looks sinister and snake like. She kills Sirius Black, Harry’s godfather, right in front of the boy and then mocks him about it. And Sirius was her cousin. She was the one to torture Neville’s parents.

And don’t they say the most powerful are usually the craziest? 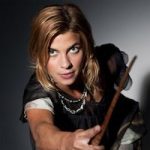 But don’t call her Nymphadora. She’s one of the few named Hufflepuffs so I may be a little biased. But she’s one of the youngest members of the Order of the Phoenix and can change what she looks like without polyjuice potion.

Tonks is fiery, sweet, and a totally masterful against the Death Eaters. She protects the kids of Dumbledore’s Army and keeps an eye out on Harry. The movies really made her a much smaller part than she is in the books and that really irritated me.

Honestly, the only reason I re-read the 5th book is because she is introduced. She kind of balances out Umbridge…a little. 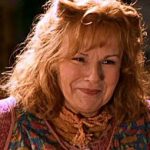 She has one of the best lines in the whole series. And kills one of the most powerful witches. All in one scene.

But besides that, she raised seven children. That, within itself, is amazing and requires a lot of power. Especially if six of those children are boys. She may be seen as overbearing but you would be too if you had to wrangle seven children with magic.

Molly Weasley is also a member of the Order and of course, helps out in the final battle against Voldemort. She loses a son to death but gains a son in Harry and a daughter in Hermione. 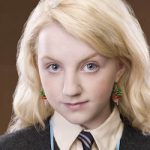 She’s seen as weird. She’s Loony Lovegood. The crazy girl who talks of creatures who don’t exist. The girl who stares off into space. The girl who no one really pays attention to.

She is able to conjure a Patronus very easily. And she survived who knows what at Malfoy Manor. She keeps a positive outlook on life, no matter what the Dark Lord throws at her and her family. She sees the good side to most anything and continues to smile. That takes a lot. 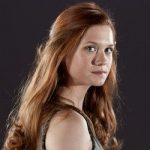 Not only is she the only girl in a house full of brothers but she’s also a darn powerful witch. Even her brothers are nervous of making her angry. Bat Bogey’s will make anyone nervous of course.

She’s an awesome Quidditch player and she manages to marry The Boy Who Lived. Oh, and help save the world as well. But no big deal, right?

Wrong! Ginny is the youngest in the Weasley family but one would argue that she is the most powerful. The movies show a little bit of it but in the books, she can throw some pretty powerful spells right alongside Hermione, who happens to be one of her closest friends. You want power in a little package…look no further. Ginny has got it covered.

Powerful witches in the wizarding world aren’t hard to find. Narrowing it down to seven is what is hard. I mean, I could go even further. Rita Skeeter, Dolores Umbridge, Narcissa Malfoy, Lilly Potter, and so many more. Rowling gave little girls and young women someone to look up to. While you may not be the studious type like Hermione, you may enjoy sports like Ginny, weird things like Luna, order like McGonagall, or even a large family like Molly. You will find someone to aspire to be.

But don’t be Bellatrix. Please.