By Joseph Robinson On May 17, 2016 Last updated May 17, 2016
Share TwitterReddItPinterestFacebookEmailPrint

I just read an advanced review copy of Havoc, by New Zealand author Jane Higgins. It’s the second book in a series about two warring sides of a river – Cityside and Southside, and follows a young man who is caught in between the two cities, in between his upbringing and his convictions, and in between his duty and his love.

Havoc by Jane Higgins: The Story 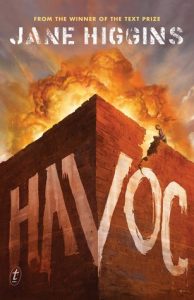 The story of Havoc follow about 6 months after the events of Higgins’ first novel, The Bridge. The protagonists, Nik and Layna, are adjusting to the uneasy stalemate when Citywide suddenly launches an attack on Southside, destroying the Moldam Bridge.

In the aftermath, Nik finds a young girl babbling incoherently in the wreckage of the bridge and saves her life.

Nik’s next task is to head across to Cityside to try to find his father, a leader in the One City Resistance movement. While there he and Lanya are captured by Security Director Corrolan and Nik is given a terrible choice – betray One City or allow Lanya, the girl he loves, to have her brain addled by truth serum drugs until she is only a shell of her former self.

Nik is sent back across the river to Southside, where he leans from Raffael, the brother of the strange girl he rescued, that Cityside has been developing a deadly virus to wipe out an entire Southside town in an effort to quell the One City Rebellion. With the aid of his father and his friends in the Rebellion, Nik hatches a plan to save Southside, expose Director Corrolan’s crimes, and restore peace between Southside and Cityside.

I initially wasn’t sold on the story itself. I just didn’t think the idea of two groups of smallish cities on either side of a river fighting a lengthy cold (and sometimes hot) war was very compelling. However, I pushed on, assuming that I probably felt that way because I hadn’t read the first novel in this series.

I am so glad I stuck with this story!

Higgins managed to create a setting and premise that felt urgent and close, even for someone who was coming into this series a book late. I ended up caring about the characters (at least the ones I’m positive the reader is meant to care about), and was genuinely interested in how things would turn out for them and their home cities.

Additionally, I thought the pacing of Havoc was wonderful. After the initial flurry of Cityside’s attack on Moldam, the entire novel is a steady crescendo of action, reveals, and turns leading to its conclusion. I found the book harder and harder to put down as I went on.

As best I can tell, this is only Higgins’ second novel, and there are a couple of places where that shows a bit. There are a few moments where characters seem to suddenly say something that sounds more like a modern, local colloquialism than what that character should have probably said in that situation based on context.

Also, the dialogue was occasionally a bit difficult to follow; I found myself having to go back and reread parts to make sure I knew which character was saying which line of speech. To me, this reveals not just a structure issue, but a voicing issue – many of the major players seemed to have a very similar, if not indistinguishable, voice when speaking.

None if these things were major detractors to Havoc for me, though. Just small things that I’m sure will improve with more experience and more attention from editors. 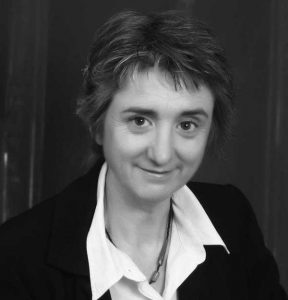 Havoc is a fun read, and one with surprising depth. (Although perhaps not that surprising to fans of The Bridge). The themes of war, peace, and questioning what is worth sacrificing to win either of them are woven together with a story of loss, vengeance, forgiveness, and growth, with a measure of young love thrown in.

If you’re interested in any of those things, you should check out Havoc, by Jane Higgins when it is released on July 12th, 2016. Or better yet, jump into the first book of the series, The Bridge.

[Disclosure: Nerds on Earth was provided a review copy of the book for review.]

Batman and the Ninja Turtles: An Unexpected Bromance

Hot Take: Michael Crichton is the Greatest Sci-Fi Writer of…