How do you measure success and greatness in a genre like science fiction?

I can think of several possibilities.

It is my opinion that, by most of these standards, and by a few that I’ll talk about in more detail, the greatest sci-fi author of the 20th century is Michael Crichton.

On His Novels Alone…

I know, I know…If you object to that statement, then your objection probably starts with, “But he’s not a sci-fi writer!” Friends, that is exactly my point. Michael Crichton absolutely did write sci-fi, both hard and soft, but his skill was such that it often escaped notice. He was a gifted enough writer that he very rarely had to lean on the sci-fi elements of his stories in order to carry them. Partly this was because he rarely strayed from near-future possibilities that were extremely plausible, even in their time. But mostly it was just because he was good; he knew how to tell a good story that made a point and that his readers cared about. The sci-fi 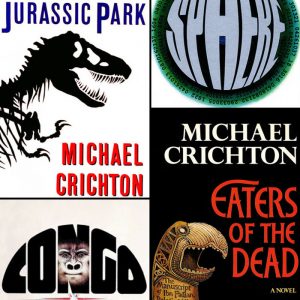 elements were usually just that – elements – and not the foundation of the whole thing.

That leads me to another measure by which I think Crichton is the 20th century’s greatest sci-fi author – the quality of his writing. Look, I’m not going to knock any of the great sci-fi authors of the 20th century. They’re the Greats because they were/are great. But in my book, when you look at the elements of quality writing – a clear purpose, good organization, expression, point of view, word choice, etc. – I think Crichton is at the top of the heap.

What I specifically love about Crichton novels is his pacing. Among other sci-fi authors that I’ve read, Crichton does something unique. Crichton had a way of starting a story off with some exposition and character/world building, crescendoing slowly until the point where the reader is hooked, and then continuing that crescendo through the novel’s end. That isn’t the unique part. What was unique to Crichton is how and where he would choose to pull back from the novel’s crescendo at key moments to introduce a new idea or make a case for his central motif. His novels, in short, had similar beats and pacing to the types of movies and TV that I love.

Which is no surprise, considering that Crichton was also more of a jack-of-all-trades than any other 20th century sci-fi author. His unique perspective also included being the son of a journalist, graduating summa cum laude with a degree in biological anthropology, and graduating from Harvard medical school with his MD. In addition to his many books, Crichton wrote television episodes, screenplays, and directed his fair share of TV and movies. No other 20th century sci-fi great can claim that, to my knowledge. What I’m trying to say is that Michael Crichton was well-rounded, insightful, and conversant in a variety of subjects to a greater degree than any other 20th century sci-fi great that I’m aware of. 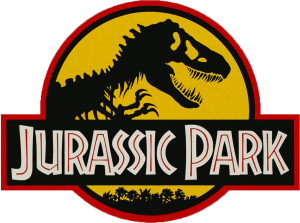 But to me, the single biggest reason that Michael Crichton is the greatest sci-fi author of the 20th century is that his works have permeated Western pop culture to a greater degree than any other. He was, and still is, everywhere. Of course you’ve seen Jurassic Park. Have you seen Congo, Sphere, or Timeline? Or Crichton’s first movie adaptation of one of his novels, The Andromeda Strain? Those are all Crichton novels turned into films. Did you enjoy the Antonio Banderas movie The 13th Warrior? That’s based on Crichton’s novel Eaters of 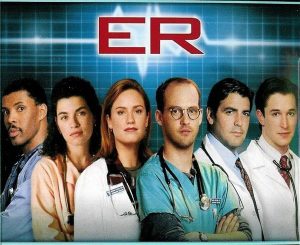 the Dead. Do you, like me, watch the movie Twister every single time it’s on TV? Crichton wrote that, too. Are you a fan of HBO’s Westworld? That’s based on the 1973 movie of the same name that Crichton directed. Did you spend the late ’90s and the ’00s enthralled with NBC’s hospital drama ER? That’s based on a pilot script for a TV series that Crichton wrote in 1974, based on his novel Five Patients. If you’re more into drama/thrillers, you might have enjoyed 1993’s Rising Sun, or 1994’s Disclosure, or 1978’s The Great Train Robbery.

Here’s another factotum about Crichton’s prolific and varied career: in 1995, Crichton had the nation’s number one best-selling book (The Lost World), number one movie (Congo), and number one TV show (ER). Then he repeated that trifecta again in 1996 with Airframe, Twister, and ER. No one else has ever accomplished that feat even once.

I’ll say it again to ward off the hard sci-fi die-hards: I am in no way trying to disparage the likes of William Goldman, Orson Scott Card, Isaac Asimov, Arthur C. Clarke, Philip K. Dick, etc. They are deserving of every word of praise and every award that they get. I simply believe that Michael Crichton is worthy of just as much praise.