By The Bullpen On Dec 26, 2018 Last updated Dec 25, 2018
Share TwitterReddItPinterestFacebookEmailPrint

By the way, if you want a podcast that plays through these RPGs in short arcs so you can get the basics, check out Fortunes Untold!

Cthulhu at the Cotton Club! It’s 1929 and the night is dark and full of terrors in Harlem Unbound. Packed full of history, story hooks, and campaign ideas Harlem Unbound has rules for both Chaosium’s Call of Cthulhu 7th edition and GUMSHOE, Chris Spivey’s book takes the Mythos where it’s never gone: from Sugar Hill all the way to 96th Street.

Play one of the new classes written specifically for Harlem Unbound. Your investigator might be a Conjure Woman, a Writer, a Jazz Musician, or maybe even one of the Harlem Hellfighters back home from The Great War. Just remember that the greatest danger your PCs face may not be Mi-gos or cultists, it may be gangsters looking to expand their turf or the police themselves.  – Davery

Kids on Bikes is an awesome game that capitalizes on the 80s nostalgia ginned up by Stranger Things. If you dug the Netflix hit, Kids on Bikes captures the spirit of adventuring with Dustin, Nancy, and Eleven (speaking of whom, there’s a mechanic for the group to share control of a “powered” character).

Play as a kid, teen or adult. Choose a character trope (nerd, jock, etc.), then assign a die (d4 – d20) for each ability score. Roll the max on a die and it explodes! My favorite mechanic: fail an ability check and gain “adversity tokens” you can cash in later to boost a roll or trigger your “strengths”.   – Mike

Alternity is no new kid on the block. Originally released in the late 1990s, it created a flexible system with which to host a wide variety of RPG settings. The new Alternity system released this year does not lose any of that charm or flexibility.

Developed with instruction from the original creators Richard Baker and Bill Slavicsek, Sasquatch game studios sought to streamline and upgrade this veteran rule system. This success of this can only be proven by the ease and enjoyment of play, however the setting is only limited to your own imagination.  – Andrew 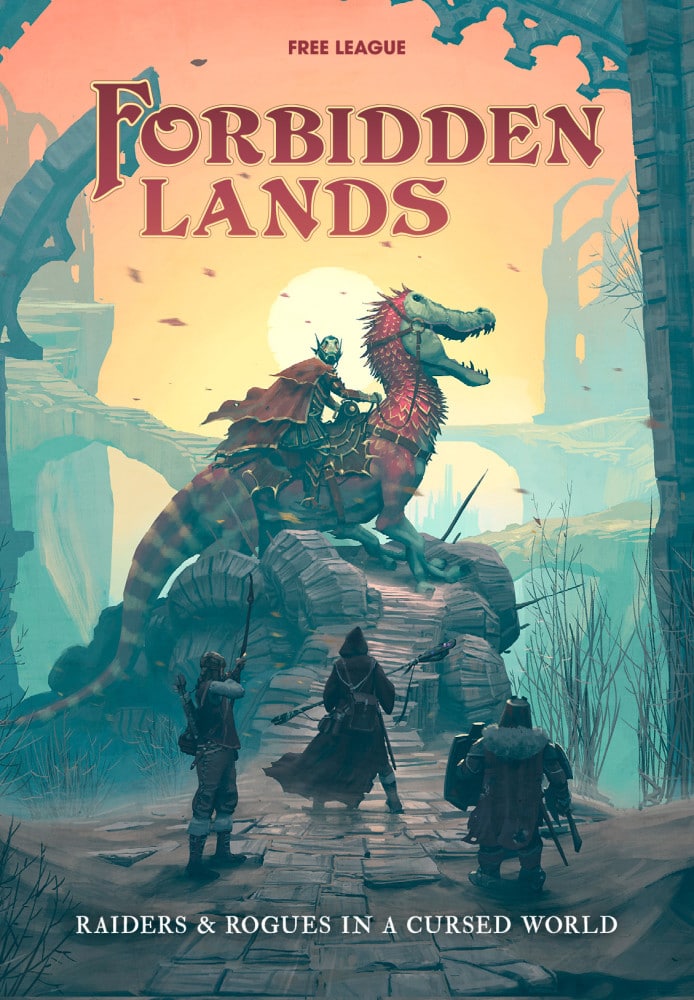 Forbidden Lands by Fria Ligan is what they call a retro open world fantasy RPG. You are renegades, rebels, and rogues exploring the ruins of a desolate world. Pretty standard, right? Explore dungeons, kill monsters, get treasure, rinse, and repeat.

Except the game isn’t about that at all. The game is about freedom and discovering the stories of the places you visit. The Blood Mist has lifted and the open road beckons you to come make your mark, to discard the destiny you were born with and carve your own. You are the raiders of the Forbidden Lands, and now is your time.

It’s a wonderfully evocative system and for that reason, Forbidden Lands wins the 2018 Nerdie Award for Best Indy RPG. – Chad

A Quick Look at Pioneer Days, a Board Game from Tasty Minstrel Games