By Michael Adkins On May 18, 2016 Last updated May 18, 2016
Share TwitterReddItPinterestFacebookEmailPrint

Jason (Co-founder of Nerds on Earth and two time Truffle Shuffle World Champion) Summer and movies weren’t always a thing. There was a time when you didn’t have the movie calendar divided into 3 sections: the “this wound up being terrible so we are putting it here” period (January through mid-March), the summer blockbuster season (April to Labor Day) and the “We think this could win an Oscar” season at the end of the year.

Jennifer (WAY cooler than Danny Zuko)  I’ll go first with an oldie but a goodie. 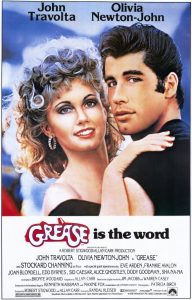 I grew up watching Grease. That was a movie that we pulled out in the summer to watch with friends at sleepovers. We would watch it and then pull out the cassette and dance and sing to it.

Jason Interesting choice for sure. The Venn diagram of Nerds and Musicals is probably pretty high. What makes it stand out to you?

Jennifer The music and the cheesy storyline. And the dancing. It’s just a fun movie with older people playing teens.

Adkins (Co-founder of Nerds on Earth and aspiring Bad Horse minion) Are nerdy musicals a common occurrence? If pressed, I could probably only name one: Dr. Horrible’s Sing Along Blog. Others…?

Jason And nerds often play major characters in musicals. Summers and musicals, I can definitely buy, especially if you throw in the Disney catalog!

So what about you Adkins what summer blockbuster speaks to you?

Adkins This was a no brainer for me as it still ranks atop my favorite movies ever: Steven Spieldberg’s Jaws. 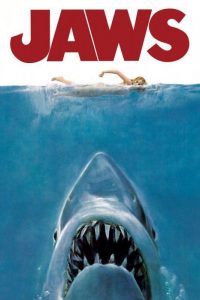 Not only was it a smash hit, but it made a lasting impact on people outside of any theater.

Jason Ah! It has been theorized that Jaws created the summer blockbuster movie experience! So, tell us what about the big fish of death appeals to you?

There is so much right about that movie.

And you could technically sing along to it if you wanted to, Jennifer.

“Fair well and adieu to you, Spanish ladies…”

Jason It also is proof that you can have suspense and horror without showing too much, too soon. The current makers of torture-porn genre of Hollywood movies could learn from.

Jennifer I do sing to it. John Williams wrote very memorable music for it.

Adkins Yes! You only see brief glimpses and POV shots from the titular monster until well over an hour in, I believe.

Jason True story: I was 1 when Jaws came out and my mom and dad say I used to go around saying “Da Shark” and making the classic theme noise. (I was adorable in a homicidal way, and I am pretty sure my parents never took me to see the movie.)

Adkins And you, Jason?

Jason To me, a summer movie has to feel like summer. And nothing feels more like summer than kids running around getting in trouble. It is a timeless genre: Sandlot, Super 8, Ferris Bueller, ET and more. But to me the most classic of summer movies is Goonies.

It just is a well done, neatly wrapped up package of everything a summer should have: Adventure! Gadgets! Jokes! Swarmy friends! Pirates! Romance! And a misunderstood mutant!

Adkins I like your idea of kids running around getting into trouble. Where are those movies nowadays?

Jason I think they exist now but are done in animation. For instance, 2 of the best of the last few years got that genre: Big Hero 6 and How to Train Your Dragon.

I suspect everything is being built so it can be a sequel. And kids grow up too fast.

Animation stays the same forever and ever. It is why a show like the Simpsons can be on for 20+ years without really aging the kids up too much

Adkins Harry Potter made it work.

Jason Ah, definitely! And the early Harry Potters were built to be summer successes. As it got more mature, they moved the franchise into the more Oscar serious time of the year.

Jennifer And suddenly movies are coming out all year around.

We hit up midnight shows in November these days.

Jason Most definitely. I think you see studios now more willing to take chances on when things are released. And they pay attention to who releases what and when. For instance, Batman v Superman and Civil War were originally targeting the same release date!

Goonies is often mentioned as a sequel. I have heard all kinds of ideas out there about it: premise, plot, how it would all work. I’d love to see it happen, if only so more people would revisit the magic of the original one!

Jason So this summer is filled with some summer blockbusters. As we close out, which one are you looking forward to watching in the cool dark with a soda and a big thing of popcorn?

Adkins After Civil War, I feel like its all downhill this summer.

There are way more titles I’m not excited about than ones that I am, but I am keeping Bourne and Star Trek on my radar.

And Suicide Squad if August still counts as summer.

Jennifer Same. I was so excited for Civil War and now I don’t know what else I want to see.

Jason I agree with you on Civil War (Seen it 3 times already) but I am pretty excited and hopeful for this Ghostbusters movie. I want it to be good and I am pulling for it!

Jason So hit us up in the comments! What is your favorite summer movie? What did we miss? And what are you pumped for this summer?