By Jason Sansbury On May 7, 2016 Last updated May 7, 2016
Share TwitterReddItPinterestFacebookEmailPrint

The superhero genre has become so popular that inevitable backlash has come. It has become the cool hipster thing to badmouth the genre, talk about their limitations, and disrespect the stories told. And, to be clear, some of that criticism is fair; as long as DC is going to make movies, there will be some bad ones. (You know I had to take a shot there.)

But the superhero genre isn’t the issue; the issue is when the genre is used in poor ways to tell bad stories. And the limitations of the genre can also be used incredibly well in the correct hands. 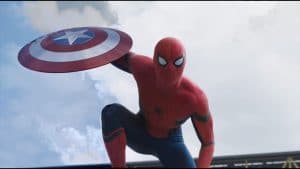 “There are too many characters in superhero movies.” If I had a worry about this movie, it was watching the preview and realizing that there were a massive number of characters in the film. While it was entitled as a Captain America movie, in truth, it is an Avengers movie.

And everyone is in it. And then some, as the film introduces two major new characters, the Black Panther and the new rebooted Spider-Man.

“Superhero movies are always boring origin stories.” Finally, someone has realized that they can trust their audience and that we don’t need detailed, long origin stories. With Spider-Man, it would be easy to discount this because as such an icon, most everyone knows his story.

But they also do the same thing with the introduction of the Black Panther. The Black Panther is hardly such a public commodity and yet with a few lines of dialogue, they give the audience what we need to know and then show us what a hero he is by what happens in the story. It really is astonishing. 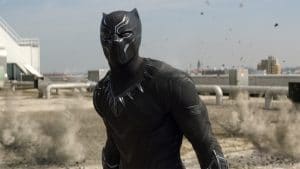 “Superhero movies can’t be funny.” Okay, so this is evidently just a DC rule. In all seriousness, the major difference between the Big Two is humor. I watched Batman Versus Superman: Dawn of Justice and the closest thing to a joke I can remember is the Wonder Woman smile in the closing fight.

Captain America: Civil War has great jokes spread throughout it. Part of why people are calling this portrayal of Spider-Man the best one ever is because they nail the witty banter that the character is known for. There is a humorous trio of the Falcon, Captain America and Winter Soldier that kills it with some jokes. Ant-Man is in the film for a short time but, as should be expected, brings the laughs. You can do serious and make laughs at the same time in the same movie. It can be done.

There is much more that I want to say but won’t. Captain America: Civil War is 10 out of 10 Nerds, likely going to be the best nerd movie of the year and you should go see it. It brings to close some chapters and introduces some new ideas that I think we will see have lasting consequences in this movie universe. And I could not be more excited.

A Brief History of the Atomic Knights, Part II