By Clave Jones On May 6, 2016 Last updated May 5, 2016
Share TwitterReddItPinterestFacebookEmailPrint

Friday 5 collects five of the week’s best from nerd culture. But what is best is rarely what is the most popular.

As a result, we’re doing some deep cuts this week. So grab a cup of coffee, take a nice long pull of Southern Comfort, or do whatever it is you do to get yourself going in the morning, because we’re diving into nerd culture’s most important and entertaining stories of the week.

Nerd Culture Highlights for the Week of May 1, 2016

1. You Could Actually Snooze Your Way Through an Asteroid Belt 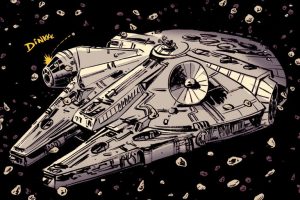 Does this mean that the physics from science fiction movies exists to entertain, rather than inform? You don’t say.

Read this article from the New York Times for some entertaining real talk on how asteroids are depicted in films. But remember, you can feel all smug and superior that you’ll know more about asteroids than the average nerd, yet you shouldn’t hop online to immediately point out the asteroid scene from Star Wars is “realistic.” Don’t be that nerd.

First, it’s fantastic that major media outlets cover nerd topics. Vox isn’t just talking about the Captain America: Civil War movie, they are reflecting back 10 years on the politics that shaped the comic series and how they do (or don’t hold up today).

It’s a smart read and will save you from having to read the comic crossover again. 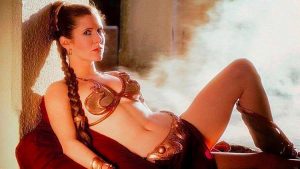 The ‘Slave Leia’ outfit is perhaps the iconic wardrobe in all of science fiction / fantasy.

But let’s be honest about the images and language surrounding that, shall we?

But what if a fan suggested a PERFECT new nickname for Leia in the costume, and the suggestion was so good that Lucasfilm said, “Dang, that’s gonna be canon, y’all.” Well, that’s what happened.

Read the article above for the story, or you get the brand new Star Wars book that will feature it. 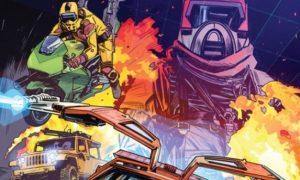 Nostalgia plays an important role in nerd culture nowadays and 80s toy lines are the centerpiece of that. Gen Xers largely created the culture of fandom back in the day, so it’s only logical that companies will continue to tap into that.

But can IDW take an 80s toy line and make it viable for our modern day? Who knows, but it’s an absolute certainty that new MASK toys will follow, and I’m just saying that I might buy some, if they include Boulder Mountain.

But with the movie universe already announced, these new comics fit into the transmedia storytelling that is the economic and entertainment fixture today.

Fine, you broke us. No more thinking bits for today. Just sit back a enjoy a couple minutes of snark, as this video tells the tale of the Captain America film that was so bad, it was never released.