Why have comic book annuals become rare among today’s comics?

As a young comic book fan, one of the things that I looked forward to were the books that came out in the summer, especially the Annuals.

Before the massive crossovers that now seem to exist perpetually in both the major comic universes, the Annuals were always great stories that served as an opportunity for creators to do interesting and unique things that wouldn’t necessarily fit in the regular titles and books.

Sometimes the annuals would crossover in some way, as in the case of New Mutants and X-Men for instance. Other times they would be stand alone stories that just allowed a different take on a character. Almost always they were great storytelling, in a longer page count that seemed like a perfect addition to the long hot days of summer.

Today, annuals have become rare. In a world where the main titles are double shipped each month and it feels like every series is tied into the last crossover, annuals have lost their punch. But here are a few examples from the past of great annuals. 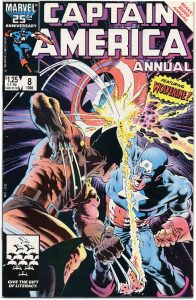 Captain America Annual #8. While the Captain America book was in the middle of a major resurgence, this standalone book had one major draw: Wolverine! Many times annuals were used as a great way to tell a team-up story between some characters who might not otherwise connect. In this annual, Captain America got a call on his newly formed 1-800 number and goes to investigate a crime, only to encounter Wolverine, where they inevitably fight before having to work together to fight the bad guy, a classic one-shot villain, who as far as I know has only ever been in this annual.

It isn’t necessarily a complicated plot but it stands out as an example of a great annual because it has a crossover character that normally would not appear in the book otherwise and was definitely a part of a fan service moment. (Wolverine was years and years away from being an Avenger at this point!) 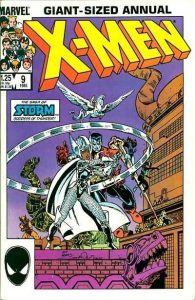 New Mutants Special Edition #1 and Uncanny X-Men Annual #9. These two books stand out as classic examples of great annuals for a couple of reasons.

I do miss the annuals. The long stories, the complicated interactions and the crossover of characters who might not otherwise interact are definitely missed in our current era where everything seems to be already tied into the universe wide crossover or as a part of the ongoing stories that are being written for the trades. I wish we could see more standalone stories that annuals gave us, potentially with creators who just can’t keep the pace that modern comics seems to demand.

The X-Men Down Under: Celebrating the Beginning of the Australia Years