First appearing in X-Men #14 (1965), the X-Men have been hunted by Sentinel robots from nearly the very beginning of their story. Bolivar Trask was the creator of the Sentinels.

Introduced as an “eminent anthropologist,” Bolivar Trask is driven by a passion for preserving the genetic future of humanity, petitioning the US government to approve the Sentinal program to eliminant the X-Men and other mutants, people that Trask saw as a genetic menace.

Bolivar Trask was a comic book villain, but it doesn’t mean he doesn’t have a real life analog. Indeed, the comic book words of Trask eerily echoed the thoughts of real world example Sir Francis Galton.

Francis Galton was an Englishman who lived during the Victorian period, and was also Charles Darwin’s cousin. Galton had a multitude of talents and interests: psychology, sociology, geography, biometrics (he devised a method for classifying fingerprints), and meteorology (he devised the first weather map), to name just a few. He was also a brilliant statistician, creating the statistical concepts of correlation and regression toward the mean.

He was knighted in 1909 for his work, but that doesn’t mean that Galton didn’t have a skeleton in his closet.

Sir Francis Galton was a pioneer in eugenics, coining both that term itself as well as the phrase “nature versus nurture.” Inspired by his cousin’s work, Galton’s book Hereditary Genius was the first social scientific attempt to study genius and greatness.

The term eugenics describes the process of taking control of human evolution. Through his work in the field of biometrics, Galton and his colleagues believed it was possible to identify families and racial strains with clearly measurable variations in genetic structure, this long before genetic engineering or testing had been invented.

For Galton, selective breeding was ideal, his thinking was that we should prevent the “unfit” from passing on their genes. Galton believed only the “worthy” should have children, while the rest should be left to have their genepool die out. And, of course, Galton believed he was just the person to select the worthy, a shared tendency of potential tyrants everywhere, it must be noted.

As a real world person, Galton didn’t have any Sentinels to help him eliminate those he deemed to have “unworthy” genes, but in the world of comic books (X-Men #14) Bolivar Trask happily supplied those types of weapons. 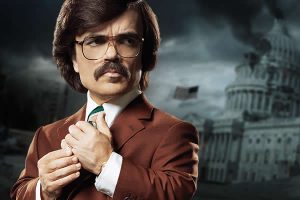 It would be easy to picture Bolivar Trask (played by Peter Dinklage in the movies) nodding approvingly at one of Galton’s lectures. Galton routinely defended the rights of the “superior”, while casually identifying who he felt was “inferior.” And it’s chilling to have the 20th century marked by the violent outcomes of Galton’s thinking.

In today’s world, fascist regimes have completely discredited the cause of eugenics, and you’d be hard pressed to find any thoughtful adherents. But as usual, it’s a tragedy itself that we need senseless tragedies to teach us that we should stand up for the rights of others, and that prejudices in any form are abhorrent. This is an area where all of us should know better, right from the beginning and with no exceptions.

We forget that the “normal” among us also carry a load of genetic abnormalities, including countless lethal (but recessive) mutations. Besides, like any form of discrimination, eugenic agendas feel most comfortable against those we do not see as people like us. So it’s as important today as it has ever been to keep Xavier’s dream alive.

In the world of comics, this tragedy was played out as well. Trask sees mutants as a menace on both an individual and a social basis, thinking them an evolutionary rival that will displace Homo Sapiens if allowed to survive and reproduce.

In thinking fully in line with eugenics, Trask believes he can and must halt this evolutionary mutation. So he creates and programs the Sentinels, an army of adaptive robots capable of destroying even the most powerful mutant. They quickly get to the business of hunting the X-Men.

Bolivar Trask’s story of the invention of the Sentinels is an interesting Sentinel story, but there were others as well. Perhaps the most critically acclaimed is the “Days of Future Past” storyline from 1981 (Uncanny X-Men issues #141–142). Days of Future Past deals with a dystopian future in which mutants are incarcerated in internment camps run by Sentinels.

That’s interesting, because while Trask believes he can use the Sentinels to bring the mutant menace under control, his scientific genius unfortunately does not extend to predicting what his own robotic creations will do. Master Mold, patient zero of the Sentinels, begins to evolve as well, ultimately adopting a more aggressive approach by attempting to completely take control of society.

As is typical in a comic book, Trask’s obsession with control has come full circle, with disastrous results.

The X-Men might be a comic book, but it’s easy to see how the character of Bolivar Trask took inspirational cues from the real-world Francis Galton. Comics can be cool like that, and filled with valuable lessons if we’re wise enough to listen.

When to Use a Map in Your D&D Games