Nerd Culture Highlights For the Week of June 5, 2016

1.  This video essay on Batman: The Animated Series is all the argument you need to binge watch it.

As I kid, I absolutely loved Batman: The Animated Series.  I specifically remember buying all of his toy variants at K-Mart over the years.  The show solidified Conroy and Hamil as the voices in my head when reading Batman and Joker respectively.  And as an adult I can now appreciate some of the finer elements of the genius that was that show as they’re highlighted in the video below.  If you require a sales pitch to give the show a go (it is available in its entirety through Amazon Prime’s streaming service), this is it.  The show was way ahead of its time and its quality still holds up today over 20 years later.

2.  Harry Potter is getting a cooperative deck-building game!

Deck-building games sometimes give me the shivers.  I want to buy tons of packs in the hopes of 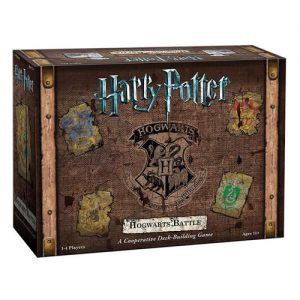 obtaining some amazing cards, but that can just be downright pricey and there’s nothing more upsetting than dropping the coin and having nothing notable to show for it afterwards!  But not all deck-builders are the same.

Enter Harry Potter: Hogwarts Battle.  It looks to be self-contained at the moment (i.e. all the cards come with the kit), so you don’t have to buy boosters and cross your fingers, although I’m sure expansions are not out of the question.  I think the idea of navigating the game over the course of the seven years at Hogwarts is a pretty cool thought and mechanic, too.  It drops this September with a price tag of $50.

3.  Read and submit your epic DnD tales at Table Titans.

A friend of mine recently (like…yesterday) turned me on to the Tales from the Table section of tabletitans.com.  Its a safe place to read of the (usually comical) exploits of fellow role players and even submit your own feats of derring-do, shenanigans, or epic fails.  The site also plays host to a digital comic that features both in- and out-of-game antics and a section sporting news, reviews, and tips.

I’m personally looking forward to submitting a few stories that are sure to be forged during my Curse of Strahd campaign that begins this very night!  I’m curious, too:  Do you know of any other sites that allow for user submitted DnD tales or other nerdy offerings?  We’ve tossed around a similar idea here at Nerds on Earth…

4.  A trailer for Destiny’s newest DLC has leaked.

Called “Rise of Iron,” it boasts the usual list of new things we’ve come to expect from an expansion to the game:

It all looks very cool, but I still haven’t bought “The Taken King” on principle (a $40 principle that cripples the game if you don’t buy it, to be exact).  I haven’t seen a price tag for it anywhere yet, but I’m sure that will be announced at E3 next week.

This is a pretty useful list that includes NPC generators, dungeon generators (including encounters), and random encounter generators that let you set parameters like how many PCs you’re working with and what level they are.  The trouble is that each of the Donjon links appear to be broken and take you to a dictionary site.  So I’ve gone ahead and dug up the links that are meant to be there for you below!

Each of the tools (including the Donjon ones) could prove pretty useful for a DM, so give every last one of them a looksie and a few trials!

A Primer: Understand the Different Editions of Dungeons and Dragons