In the world we live in where there is just so much nerdom to consume, we all need help to know what to watch, especially if you only live in streaming services. Here at Nerds on Earth, we are here to help! 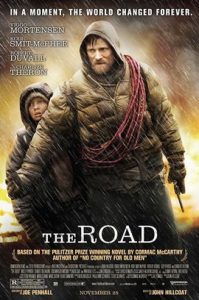 This month on Netflix, you get an addition to the Star Trek film series, when Star Trek: Nemesis shows up on the service on August 1st. If you are a Captain Picard fan, this is a great movie to take on, and it stars a young Tom Hardy doing a great villain turn. Though it is the least successful Star Trek motion picture financially, I personally don’t think it is the worst story-wise.
A much dark story is the 2009 film The Road, which shows up on August 25th. Based on a Cormac McCarthey novel, The Road is a really dark story set in a post-apocalyptic world as it follows a father and a son on their journey. 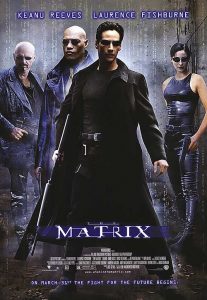 A Clockwork Orange: a genuinely bizarre movie from the past. If you have never seen it, it is worth looking at for its genuine weirdness.

If you have a free weekend and want watch a series of movies that starts phenomenally and slowly, steadily goes downhill in story and execution, the Matrix trilogy is on. (Seriously, watch the first one and pretend the rest of them never happened. You will be better off for it.)

If you want to watch some heroes on a half shell, but can’t stand Michael Bay, Amazon has a treat for you as Teenage Mutant Ninja Turtles 1, 2 and 3 all appear. Come for the interesting beginning. Stay for the inevitable Vanilla Ice cameo. “Go ninja, go ninja, go!”

Looking for a good action film? You could do worse than Mission Impossible: Rogue Nation. You get all the gadgets, the gizmos and Tom Cruise making his presence known. But the standout is Rebecca Ferguson, who is phenomenal in movie. (At some point, we should huddle and talk about how Jeremy Renner was supposed to takeover this franchise from Tom Cruise and the Bourne franchise from Matt Damon. Aim is a bit off there, Hawkeye.)
Hulu:
We are pleased to be able to tell you that the most bodacious band of all time, the Wyld Stallyns, tells their origin story in the most excellent Bill and Ted’s Excellent Adventures and Bill and Ted’s Bogus Journey. Comedy gold. 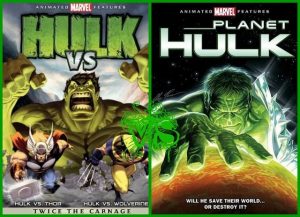 One of the original found footage movies Cloverfield works its odd mixture of horror and science fiction. Partner it with the magnificent release from this year 10 Cloverfield Lane, which you will have to pay full price for, for a glorious evening of intensity and scares.

The Marvel cartoon catalog is hitting Hulu and there is a long list of options: Dr. Strange, Hulk vs., Planet Hulk, The Invincible Iron Man, Thor: Tales of Asgard, Ultimate Avengers and Ultimate Avengers 2. Though historically not as strong as DC’s animated offerings, these are great introductions to the characters for kids especially.

Finally, if you want to kill a whole weekend and travel through time with 2 dated trilogies, you cannot go wrong with Robocop 1,2, 3 and Species 1,2,3. Again, the quality goes decidedly down with each next step but they are good movies to have in the background while you clean your house or read Nerds on Earth.