Nerd Culture Highlights for the Week of September 4, 2016 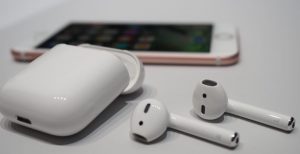 1.  Apple made their annual iPhone announcements.

This little mom and pop niche site we’ve carved out on the Internet is neck deep in nerdery like comics, zombies, and Jedi, so we don’t do tech coverage. But us nerds love our gadgets, it’s impossible not to mention when the world’s biggest gadget maker makes an annual announcement. 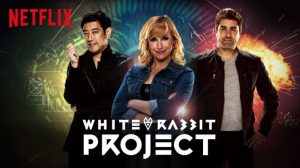 2.  The MYTHBUSTERS build team is getting their own show on Netflix.

Announced by Tory Belleci and Kari Byron at Dragon Con, the Mythbusters build team (including Grant Imahara of course) will launch the White Rabbit Project on Netflix. It’s described as as a trip down a “rabbit hole” in order to investigate events in science, pop culture, and history.

The release date is December 9. 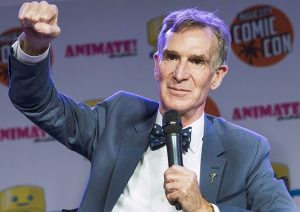 Netflix is on a roll. Us nerds have two shows to look forward to as Bill Nye Saves the World is also coming to Netflix and will cover what Bill Nye does best: experiments and challenging anti-science views. 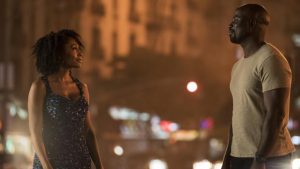 4.  The first reviews of Luke Cage are coming in.

Make sure you are getting something spoiler free, but take a peek at the early reviews of Luke Cage, like this spoiler-free beauty from the Den of Geek.

It’s getting really high marks thus far, adding to the sentiment that Marvel’s work on Netflix is some of the best TV happening right now.

via Den of Geek

The Booster Gold movie is still in production, but the big news is that it won’t be a part of Warner Brothers continuity, instead it will stand alone.

Given the difficulty of shoehorning the levity of the Booster Gold character into the gritty grimness of the Snyderverse, this news isn’t completely surprising.

Those are the 5 nuggets of nerdy news for you this week. As always, feel free to drop us a line for a heads up on what’s new and shiny, or to offer some hopes on what you’d like us to cover in the future.

Diving Back Into Deus Ex: First Impressions of Mankind Divided

Global Frequency by Warren Ellis Needs To Be A TV Show

Key to My Heart: A Spoiler-Free Review of Locke and Key