Both seasons of Luke Cage on Netflix have been great. (Full SPOILERS ahead.) Character wise, the show starts with the smooth, easy delivery of Mike Colter who plays Luke Cage, then adds other fine actors to chew up scenes around him. 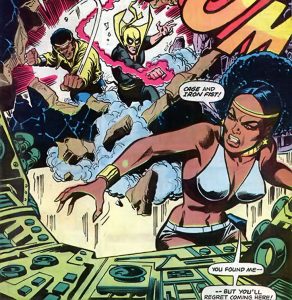 One such actor is Mustafa Shakir, who plays Bushmaster, an intense and charismatic crime boss from Jamaica. Bushmaster gets his power from an herb called nightshade that is supplied to him by Tilda Johnson, estranged daughter of Black Mariah.

Here on planet Earth, nightshade is a real plant. In fact, it’s a genus of over 2,000 flowering plant species, some of which are poisonous, but many more are important crops, such as tomatoes, potatoes, and eggplants.

But that is the technically designated nightshade. Another plant is also known as nightshade. The aptly named deadly nightshade, or belladonna, is highly poisonous but used in small doses in stimulants, sedatives, and as a muscle relaxer. Many think that belladonna nightshade is what Shakespeare was referencing in Romeo and Juliet when Juliet used an herbal potion to appear dead.

So, yeah, nightshade has it’s “roots” in science. But what about nightshade in the comics?

Nightshade is actually a who in the comics. Tilda Johnson specifically. Tilda was a New Yorker who turned her aptitude for science into a career in crime. She first appeared in Captain America #164 and was best known for being the person who turned Captain America into a werewolf. (Cap Wolf) 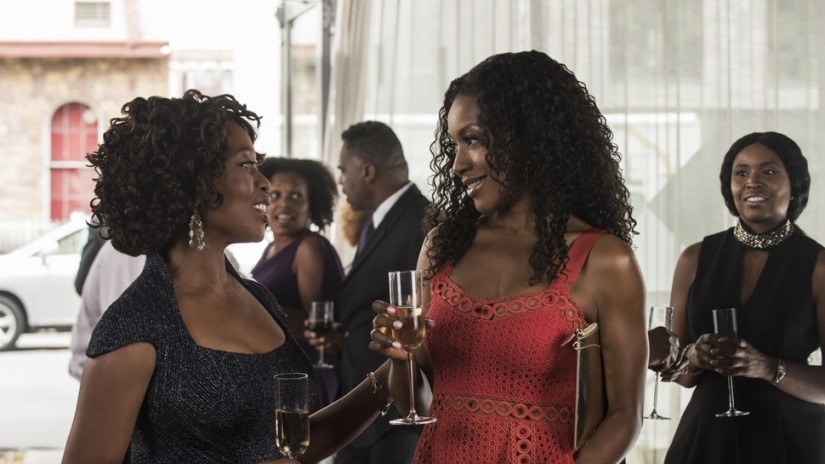 Gabrielle Dennis portrays Nightshade on Luke Cage season 2. In this version, she is the estranged daughter of Black Mariah who goes to medical school only to discover essential oils. Or something. IDK, I don’t really understand essential oils, cloth diapers, homemade bath bombs, and those sorts of things. That’s a very specific person who ain’t me.

At any rate, the Netflix Tilda evidently stopped using normal detergent when an herbalist in Brattleboro, VT, told her it might be why she was so tired in the mornings. I guess. Then the next logical step evidently was for her to open an apothecary in Harlem where she sold nightshade to Bushmaster. Or something.

But it totally works on the show! And Bushmaster getting his powers from an herb fits in nicely alongside Black Panther getting his from a glowing heart-shaped flower. 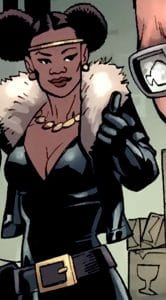 While the comic book Nightshade can secrete pheromones that allow her to transform humans into obedient werewolf-like creatures, she also mainly used robots to take over Harlem’s organized crime. If you squint the Netflix version isn’t wholly different. Medical school represents the science side, while herbalism is modern take on the pheromone aspect.

Still, I can’t imagine many viewers saw it coming when Tilda mixed up a poison cocktail that allowed her to kill her mother with a kiss. That–plus the fact that she strutted in rocking two Afro puffs just like her look in the comics–clearly signaled that Tilda had made the shift into the villain Nightshade.

So it turned out that Nightshade in the second season of Luke Cage is not just a what, it’s a who. That’s exciting for season 3 of Luke Cage.