The holidays are upon us, and as always, along with the cheerful music, blinking lights, and excessive pumpkin spicing, we get a steady stream of new games to keep us busy through the cold winter nights. This particular season there’s seems to have been an uptake in the number of shooters coming out, so I figured we should take a look at a few of them and see how they stack up.

The Best FPS: A Quick Overview 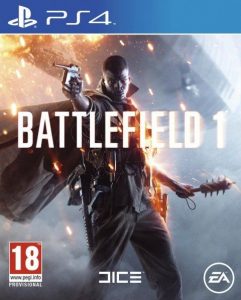 of) release in DICE’s long running series. However, it is the first release to take place in the hellscape of World War I.

A new lineup of interesting and sometimes bizarre weapons help set it apart from the previous entries, and the normal hectic nonsense of multiplayer in these games just makes more sense in this setting, waves of untrained boys facing unspeakable atrocities as opposed to the supposedly highly trained killing machines represented in the previous games.

Unfortunately they kept some of the more annoying features from the more recent games such as the inability to change loadouts from the main menu, but overall this is a wonderful game, especially if you have a team to take to war with you.
(You can get it here.) 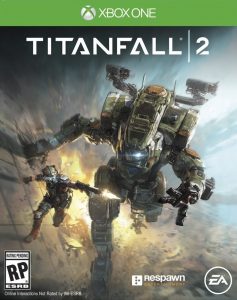 Titanfall 2
EA didn’t give their release of Battlefield 1 much room, quickly following it up with the second game on this list: Titanfall 2.

The second game to come out of Jason West and Vince Zampella’s Respawn Entertainment, Titanfall 2 is a fast paced, exciting game with a vast array of exotic weapons and abilities, topped off with the always exciting giant robotic titans dropping out of the sky like avenging angelic death machines.

Responsive controls and interesting game modes keep this one entertaining night after night. (You can get it here.) 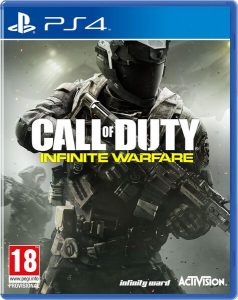 These games are always solid, if not the most innovative, and this one is no different. They’ve finally moved beyond the near future aesthetic they’ve been running the last few years, moving all the way into a future of space born battleships and ornery Martian colonists. This new setting shows itself most fully in the campaign, while the multiplayer feels very familiar to players who have kept up from year to year. (You can get it here.)

Each of these three games has an impressive campaign, with each one unique compared to the others. Battlefield’s War Stories mode is an interesting new take, with several smaller self-contained stories composed of 2 to 4 missions focused on a single soldier, with each conveniently representing one possible play styles in multiplayer: tank commander, pilot, snipers, etc.

Titanfall, on the other hand, is a tightly constructed narrative following a single rifleman through the trials and tribulations he faced, his rise to the rank of titan pilot, with a little crazy time travel thrown in for good measure. It’s not the most emotionally heavy story, but it is exciting from start to finish, with some of the best set pieces I’ve seen in years.

This is in stark contrast to the story presented in Call of Duty: Infinite Warfare, which, despite it’s far future setting, puts you in the middle of, and subsequently in charge of, a close knit group of soldiers before systematically killing them in emotionally charged situations. Most of the action in the campaign is contained in optional side missions which are less story focused by their nature, but the main missions are rife with explosive action and deep character building. To cap it off, while watching the credits you can listen to letters written from your deceased comrades to their surviving relatives.

I know I’m alone in my preference for single player campaigns in first person shooters, so let’s get to the multiplayer. Battlefield sports the same modes that we’ve seen for years, such as Conquest and 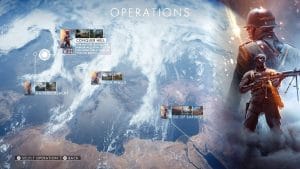 Rush. The most interesting new feature is the Operations mode, a mode similar to Rush with intro cutscenes setting up the historical significance of each conflict. In most of the modes you will encounter another new feature: the behemoths. Depending on the map being played on, one side will receive one of several massive vehicles to help their efforts, like a massive blimp or an armored train covered in cannons and machine guns. Even with all the new features, this is still a Battlefield game. The gameplay is slow and methodical as always, but it still feels great.

In contrast to the careful strategic play of Battlefield, Titanfall 2‘s gameplay is fast and frenetic. Players gain speed running along walls, clear great distances with jet assisted double jumps, and utilize a variety of character abilities such as grappling hooks, cloaking, or even a sonar throwing 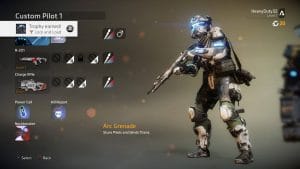 knife. The guns are broken down into several categories, but even within a single category the different options feel unique and intriguing. Even the grenades get a little crazy, with options like a throwing star that turns into a gravity well.

User’s don’t get to customize the loadout of their titan much beyond buffs specific to each titan, but the different options are vastly different from each other, from weapon performance to movement speed to the special abilities. The play mode options are nearly as varied as the equipment available, but the Attrition mode from the original Titanfall is still my personal favorite, with the AI ally soldiers making the matches feel highly populated despite the low player count.

Call of Duty: Infinite Warfare‘s multiplayer sits in a odd middle ground between the other two games. While players can double jump and wall run like in Titanfall, it feels closer to the plodding movement of Battlefield.

Most of the guns feel like the real guns in the previous entries, just a little future looking, but the character abilities and grenades at least seem more futuristic. The game modes are more or less the same lineup we’ve seen before from Call of Duty, with my personal favorite still being Kill Confirmed, the team deathmatch where killed targets drop dog tags that need to be picked up for the kill to count.

I enjoyed my time with all three of these games. The campaigns in Titanfall and Infinite Warfare are both full of high octane set pieces, but Call of Duty: Infinite Warfare wins out for me. I did grow attached to the crew of my ship, and the ship combat missions and zero g stealth sections are a welcome departure from the standard shooter gameplay.

Despite my enjoyment of the campagin, the multiplayer in Call of Duty is my least favorite of the three, and it holds the same place in my overall ranking. Battlefield is like a delicious comfort food, familiar if not exciting, and stands firmly in second place. Overall, I have to give first place to Titanfall. I’ve been playing it nearly every night since it’s release, and I’m not growing tired yet.

If you haven’t picked up Titanfall 2 yet, you definitely should. It’s the most fun I’ve had in a while, and I plan to keep at it for the foreseeable future.