What We’re Reading At Nerd on Earth: A Glimpse At Our Nightstands

While we surely spend the bulk of our reading time in nerdy books, the Nerds on Earth crew has varied backgrounds and interests, so our reading list might surprise you.

Take a quick glance at our nightstands and you’ll see a mixture of sci-fi, fantasy, leadership, theology, and even some technical titles. So we wanted to take a moment to share what we’ve been reading lately, because it’s always helpful to get some reading recommendations for nerds.

What We’re Reading at Nerds on Earth: Book Recommendations For Nerds 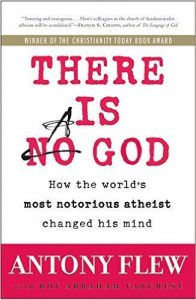 Adkins I’ve just finished a book called There Is A God by Antony Flew. Flew was a strong advocate for atheism for decades – a champion particularly of the movement that suggested atheism should be presupposed (or should be the default) until empirical evidence of a god was provided.

Then in 2004 he shocked the world by declaring he had become a deist. There Is A God was his last book – published in 2007, just three years before he died. It is a survey of scientific and philosophical data that lead him to believe in the necessity of a god/superior mind.

Super interesting read, and a fairly quick one (particularly given its content) at less than 220 pages – and that includes two appendixes by Roy Abraham Varghese and NT Wright; both of which speak to the material of the book but could easily stand alone. You can get it here if you are curious.
Joseph A couple of years ago, a friend turned me on to an author named Bernard Cornwell. Cornwell 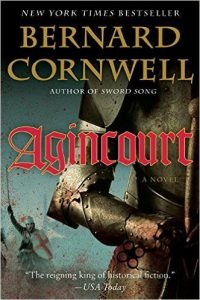 primarily writes historical fiction, and he’s one of the best. My most recent read (or Audible listen, actually) was his novel Agincourt, which covers the battle of the same name during the 100 Years’ War between England and France. The historical battle was a major victory for the English, who were outnumbered by estimates of anywhere from 3:1 to 6:1 by the French, who were also better armored and outfitted and fighting on their home turf.

The story’s protagonist is Nicholas Hook, an English archer who ends up becoming an outlaw and fighting in a Burgundian garrison at Soissons. After witnessing the horrors there, he returns home to England and goes into the service of Sir John Cornewaille. Together with his company, Nick Hook travels to Normandy along with King Henry V’s army to fight the French and prove the truth of Henry’s claim on the French crown. I’d give it 7 out of 10 nerds, especially if you’re a history buff. You can get it here. 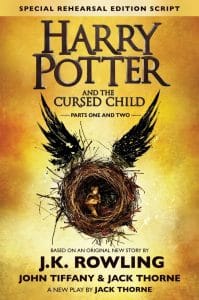 Nash I just cruised through Harry Potter and the Cursed Child. While it isn’t quite on par with the 7 Harry Potter books solely authored by J.K. Rowling, it is very, very, good!

This book is written in script format so it takes a bit of getting used to, but is definitely worth the read. Not to mention its nice and short at only 300 pages – and those pages aren’t full pages like in a novel.

We pick up where the Deathly Hollows left us:  Kings Cross Station platform 9 ¾ with Harry talking to his son, Albus Severus Potter. The script moves fast through Albus’ first few years at Hogwarts. We meet a smattering of new characters mixed in with some old favorites. In Al’s fourth year the action really amps up, but I don’t want to spoil anything so be sure to pick up your copy today! Here. 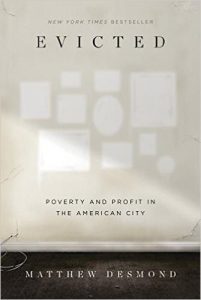 Ross Matthew Desmond’s Evicted isn’t usually the type of book we talk about here at Nerds On Earth, but it is one of the best books I’ve read all year.

Desmond writes about poverty and housing in Milwaukee–the trials and brutal struggles for survival faced by poor men, women, and children every day. Exhausting and unmerciful, Evicted puts an all-too-human face on the housing crisis. It’s definitely not the feel-good book of the year, and I doubt there’s a big-budget blockbuster adaptation on the way, but this is still a vital, stark book. 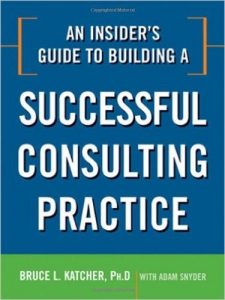 Clave Keeping with our trend of not being very nerdy this month, I’ve been reading business books, particularly those related to launching non-profits. While I realize doing a non-profit startup might not be a niche that appeals to too many of our readers, I can recommend one of the books that has a slightly broader appeal (if only slightly).

An Insider’s Guide to Building a Successful Consulting Practice is a wickedly practical guide for someone who who has built up knowledge and experience that they are ready to begin to monetize. Consultants are a dime a dozen, but the book offers practical and useful advice that could help anywhere from helping you determine your tolerance for risk to understanding the economic realities of consulting.

Again, it’s super niche, but if you are considering starting your own business based around your knowledge and experience, then a book like this is a handy little guide to help you remove some of the butterflies. You can find it here, but the Amazon recommendation engine can help you find other books related to starting your own business, should non-profit startups not be your scene.

That’s what we’ve been reading this month. We promise to get back to being nerdy again next time. Until then, enjoy these brain busters!