Fantastic Beasts and Where to Find Them dropped this weekend, and it was absolutely fantastic!  JK Rowling has delivered perhaps one of the greatest “prequels” in cinematic history.

“Fantastic Beasts” takes place 70 years prior to when our beloved Harry Potter attends Hogwarts and ties some of the peripheral story together. While some may not consider it a true prequel, but rather a “spin-off,” it had plenty of nods to the future story. There also are rumors of wanting to develop this into its own multifilm saga, and movie number one was a great starting point.

The film takes place in 1926 and leaves the normal setting of England for America.  We follow the shy and quirky Newt Scamander, who is authoring the text book, “Fantastic Beasts and Where to Find Them,” a text book that is later used by the students in the true Harry Potter series.

Newt’s adventures have brought him to New York City and right away we see some of the differences our new backdrop brings. Newt gets through customs with his magical case filled with all his fantastic beasts by activating a trigger that makes the case “muggle worthy.” (Muggle, of course, is the term for non-magic people used by British wizards.) The story taking place in New York offers us insight into the subtle differences between American and European wizards. The American term for a non-magic person is “No-Mag.” (Ugh, the American English language lacks sophistication.) This would be a prime example of something that a Harry Potter fan would totally get as a change, but would not hinder the new person from keeping up with the story line.

While this film is part of the Harry Potter series, it would be a film that someone with no Harry Potter background could jump into. The HP newbie might miss out on some subtleties here and there, but this story has its own arc that can be seen in large part independently. 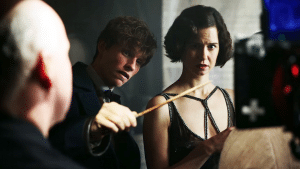 As the movie plays out, we are introduced to a wide array of characters.

Another main character is Jacob Kowalski—a muggle—who finds himself caught up with Newt after they run into each other at a bank. At this same bank, we meet an imminent threat to the wizarding community, a group known as “Second Salem.”

The Salemers are depicted as a fanatical religious type group and are at the center of the major conflict rising in New York City that threatens the safety of the underground wizarding world, along with a few beasts that escaped Mr. Scamander’s case. As the film plays out, we see a wide variety of fantastic beasts and we gain a great understanding from Newt’s conversations with Jacob, Tina, and Queenie as to why he is on his quest.

He desires to educate his fellow witches and wizards about all the beasts so that they won’t be fearful of them or take them for what can be poached from them, such as silver lined Occamy eggs. 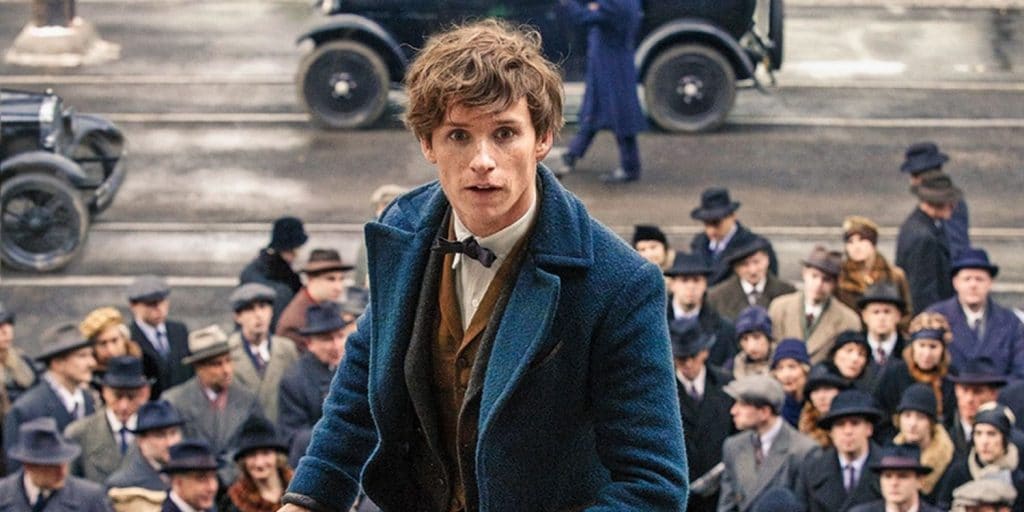 I cannot possibly go on without getting into big spoilers so let me leave you with my final spoiler free thoughts. J.K. Rowling is on par in fantasy fiction with the likes of C.S. Lewis’ Chronicles of Narnia.  She takes a fantastic beautiful world as a backdrop and tells real life morals to us in a new and vibrant way. Her main themes communicated through Fantastic Beasts are:

These themes are well covered and also open this film to a much darker feel than any of the original Harry Potter books. This movie is PG-13 and it is very much not for younger children.

I might also venture out on a limb and claim that this is the best film to fall out of the Harry Potter universe. However, that may only be because there is no actual book to compare it to! While JK Rowling released the text book “Fantastic beasts and where to find them,” in a three-book pack, “The Hogwarts Library,” it is NOT a book about this movie—it very much reads like a text book.

Overall I highly recommend this movie, whether you love Harry Potter or are a muggle. I give it 9.5 out of 10 Nerds!