In North America these days, when people think of British science fiction and fantasy television, Doctor Who is generally the first show that comes to mind, followed perhaps by Doctor Who’s spin-offs (Torchwood, The Sarah Jane Adventures, or Class), or other current or recent fare like Black Mirror or Life on Mars.

But Doctor Who hasn’t been the only example of quality science fiction and fantasy. Many other shows gained worldwide popularity in their time and still have cult followings today. Here are just a handful of those shows that you should consider watching:

The Quatermass Experiment (and sequels) 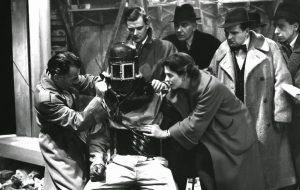 The Quatermass Experiment, originally airing in 1953, was one of the BBC’s earliest forays into science fiction and the first ever aimed at an adult audience. It follows the adventures of Professor Bernard Quatermass (Reginald Tate) of the British Rocket Group. When the first manned rocket into space returns to Earth with two of the three crew members mysteriously missing, Professor Quatermass is determined to solve the mystery of what happened to them.

The original series was six episodes long, but was popular enough to spawn two sequel series, Quatermass II in 1955 and Quatermass and the Pit in 1958. In 1979 a fourth series, simply called Quatermass, aired on ITV. The role of Quatermass was played by different actors in each series (due to the death of Tate).

The Quatermass Experiment and its sequels are notable for being heavy influences on many other science fiction programs that followed them, including Doctor Who (indeed, Quatermass creator Nigel Kneale criticized Doctor Who for stealing his ideas) and movies like Alien. 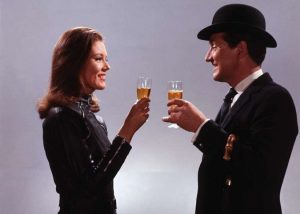 This spy series ran on ITV from 1961 to 1969 and had 161 episodes altogether. It initially focused on the character of Doctor David Keel (Ian Hendry) who was assisted by a secret agent named John Steed (Patrick Macnee); however, starting in the second season, the show became about Steed and a succession of female assistants.

While the first season of The Avengers was very much a standard murder mystery/spy thriller show, the later seasons began to develop a very particular quirky and campy style to them. Steed became a well-dressed secret agent (complete with bowler hat and umbrella that was actually a disguised sword sheath) who never carried or used a gun, and the stories began to centre around plots of mad scientists creating mind-transfer machines or shrink rays.

The Avengers is notable for its competent and intelligent female characters, who tended to have the bulk of the action. Steed’s assistants included Cathy Gale (played by Honor Blackman), Emma Peel (Diana Rigg, who can currently be seen as Lady Olenna Tyrell in Game of Thrones), and Tara King (Linda Thorson).

Most of the first season has been lost (though one additional episode has just been recovered this year), but later seasons still exist in their entirety.

From 1976 to 1977, a sequel series called The New Avengers ran for 26 episodes. In it, Steed (played again by Patrick Macnee) travels to Canada (it was a Canadian co-production) where he teams up with two new assistants. While not as good as the original series, it is also worth checking out. 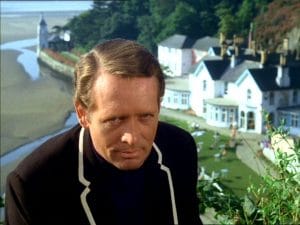 Created by, and starring Patrick McGoohan, The Prisoner tells the bizarre tale of a secret agent who, after trying to resign, is kidnapped and finds himself in a mysterious place known only as the Village. There he is known only as Number Six (indeed, his real name is never revealed in any of the 17 episodes), and all other residents are also only known by numbers.

The Village is run by a succession of Number Twos (a different one in almost every episode, sometimes multiple in the same episode) who try different methods of breaking Number Six and getting him to reveal what he knows and why he resigned. As each one fails, they are replaced by another. Number Two reports to the mysterious Number One, who is never seen until briefly in the final episode.

The show is known for bizarre, somewhat surreal imagery and storylines (particularly the final episode), and explores the concept of freedom and whether anyone is truly ever free.

There is a 2009 remake of The Prisoner, but I would recommend checking out the 1967 original, which is a true masterpiece. 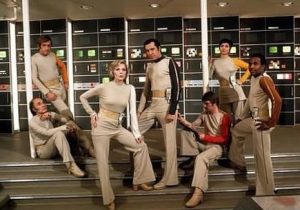 Not surprisingly, this series is set in 1999, when a nuclear explosion on the moon knocks the moon out of orbit and zooming off in to space, taking the unwitting crew of Moonbase Alpha with it. Each episode involves the crew encountering some new menace to face and survive.

The science in Space: 1999 is pretty much non-existent. The people of Moonbase Alpha seem to have little problem feeding themselves despite no contact with Earth, and the moon itself seems to travel at impossible fast speeds. However, if you look beyond the wonky science, the show is a lot of fun, particularly the first season.

Space: 1999 was produced by Gerry Anderson (best known for Thunderbirds) and ran for two seasons from 1975-1977 (48 episodes total). There is talk of a possible remake in the works, which would be titled Space: 2099. 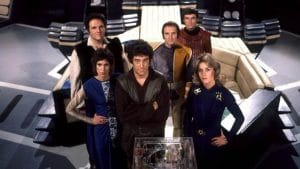 Created by Terry Nation (the creator of Doctor Who’s Daleks), this BBC show ran for four seasons from 1978-1981 (52 episodes). It follows the adventures of a group of outlaws who eventually become freedom fighters against the evil Galactic Federation.

This is another program that has become a heavy influence on science fiction that has followed it, notably for its use of morally grey characters as protagonists. Shows like Babylon 5, Star Trek: Deep Space Nine, and Firefly owe a lot to Blake’s 7.

The first two season are generally considered the best, but the remaining two are worth watching as well, particularly for the final episode, which ends in a manner that, while it might not have as much impact today, was hugely shocking to television audiences at the time.

Red Dwarf is only not on this list because we did a more detailed look at it here. Check it out!
[ninja-inline id=10231]

How has the ‘dungeon’ half of Dungeons and Dragons changed over the years?

Red Dwarf is a rare breed. It’s a science fiction…