Sarah Jane Smith (played by Elisabeth Sladen) made her first appearance on Doctor Who in the first episode of the 1973 Third Doctor story, “The Time Warrior”. She went on to bridge the change from Third to Fourth Doctors and remained in the TARDIS for a little over three seasons, becoming one of the longest-lasting companions of all time. She also became one of the most popular, a popularity that remained even years after she left the show.

That popularity led to 80’s producer John Nathan-Turner asking Elisabeth Sladen to helm a new spin-off series in 1981 called K-9 and Company (which would also feature the Doctor’s robot dog, K-9). Unfortunately, K-9 and Company never made it past a single pilot episode, but Sarah Jane Smith would return to Doctor Who just a couple years later for the twentieth anniversary story, “The Five Doctors”.

Then, over 20 years later, Russell T Davies brought her back to the new Doctor Who series for the 2006 episode, “School Reunion”. The success of that episode and the fact that the character was still so popular after 30 years led to the creation of another spin-off series centred around her, and unlike the earlier K-9 and Company (in which she was actually the central character, not K-9), one that bore her name: The Sarah Jane Adventures.

The Sarah Jane Adventures premièred with a 1-hour pilot in January 2007, then later that year continued with a full first season of a further 10 half-hour episodes. The second through fourth seasons were each 12 half-hour episodes long.

The show’s success and popularity were strong enough that it likely would have gone on for several more seasons if it weren’t for the sudden and untimely death of Elisabeth Sladen on April 19, 2011. Only six episodes of the fifth season had been filmed at this point, resulting in that season being half the length of the previous seasons and the series ending somewhat abruptly.

With Doctor Who as a family show and Torchwood filling the adult market, The Sarah Jane Adventures was the perfect opportunity for a children’s show in the Doctor Who universe. But even though it is aimed at children, there’s nothing stopping adults from watching and enjoying it. It is intelligently written and never speaks down to its audience. While Doctor Who and especially Torchwood can get quite dark at times, The Sarah Jane Adventures is much more uplifting and a perfect choice for people who prefer happy and triumphant endings, no matter their age.

The Sarah Jane Adventures follows the adventures of Sarah Jane Smith and a group of children (young adults by the end of the series) who help defend the earth against alien threats—while also dealing with day-to-day life like school and family. Every story is two episodes long (except the pilot which is one double-length episode), and the seasons generally have a light ongoing plot which is resolved in the finale. 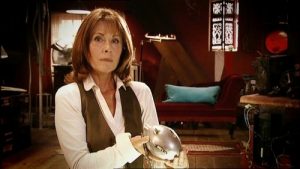 Sarah Jane is a freelance journalist. Due to her time with the Doctor, she has gained access to equipment and technology not generally available to people on Earth, including sonic lipstick and her supercomputer, “Mister Smith”. Sarah Jane is a bit of a loner at first, but soon comes to love and depend on the new family she acquires over the series. 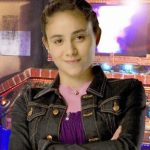 When 13-year-old Maria and her dad move in to the house directly across the street from Sarah Jane, Maria notices strange things going on in Sarah Jane’s backyard, and soon manages to insert herself into Sarah Jane’s life. Maria departs the show in the early second season, but has several cameo appearances after that. 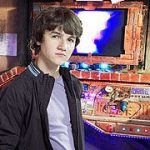 Luke was originally the creation of an alien species called the Bane. After Sarah Jane rescues him in the pilot episode “Invasion of the Bane”, she adopts him as her own son. Luke is a super-genius, but is unfamiliar with social cues and norms. 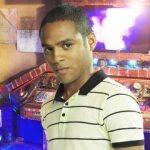 Clyde is one of the popular kids at school, who soon finds himself swept up in Sarah Jane’s life. Over time, he becomes close friends with Luke and there are hints at a budding romance with Rani.

He is a talented artist and much smarter than he realizes. 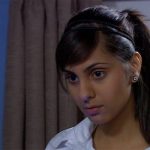 After Maria and her dad move to America, Rani and her family move into Maria’s old house. Rani hopes to be a journalist someday and sees Sarah Jane as an opportunity to learn from a pro. She is soon wrapped up in Sarah Jane’s world. 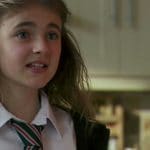 By the fifth season, Luke had headed off to university (and thus not in every episode any longer) and the other “children” were now really young adults. The producers decided that a new young character needed to be added to the show. Sky is actually another alien who is sent to Sarah Jane under mysterious circumstances. Due to the abrupt end to the fifth season and the series, her character never really gets the opportunity to develop and some of the mystery around her is never resolved. 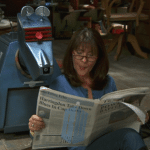 Sarah Jane’s robotic dog, K-9 only appears occasionally throughout the series. In the first couple of seasons, he is on a special assignment. Later, he stays with Luke when Luke goes to university.
The Sarah Jane Adventures also has guest appearances from several other Doctor Who characters, including Brigadier Alistair Gordon Lethbridge Stewart (who appeared with most of the original series Doctors at some point or another), Jo Grant (a companion of the Third Doctor), and the Doctor himself (both the Tenth and Eleventh incarnations).

Luke (along with Sarah Jane) also appears in a couple Doctor Who episodes.

If you’re looking for a series that is just plain fun and suitable for viewing by all ages, you should check out The Sarah Jane Adventures. You won’t regret it.