Two Board Games to Build Big Brains in Your Kids

By Clave Jones On May 26, 2017 Last updated May 26, 2017
Share TwitterReddItPinterestFacebookEmailPrint

If my kids don’t grow up knowing how to pack an efficient and orderly truck and/or dishwasher, then I’m a failure as a father. Seriously, spatial awareness is a gift, my friends, and folks who just haphazardly toss luggage in the back seat are monsters of the highest CR.

So I’ve been having a good time playing a couple of board games with my kids, being that both of them pack a lot of fun even as they help build spatial skills.

Two Board Games to Build Big Brains in Your Kids: Ingenious 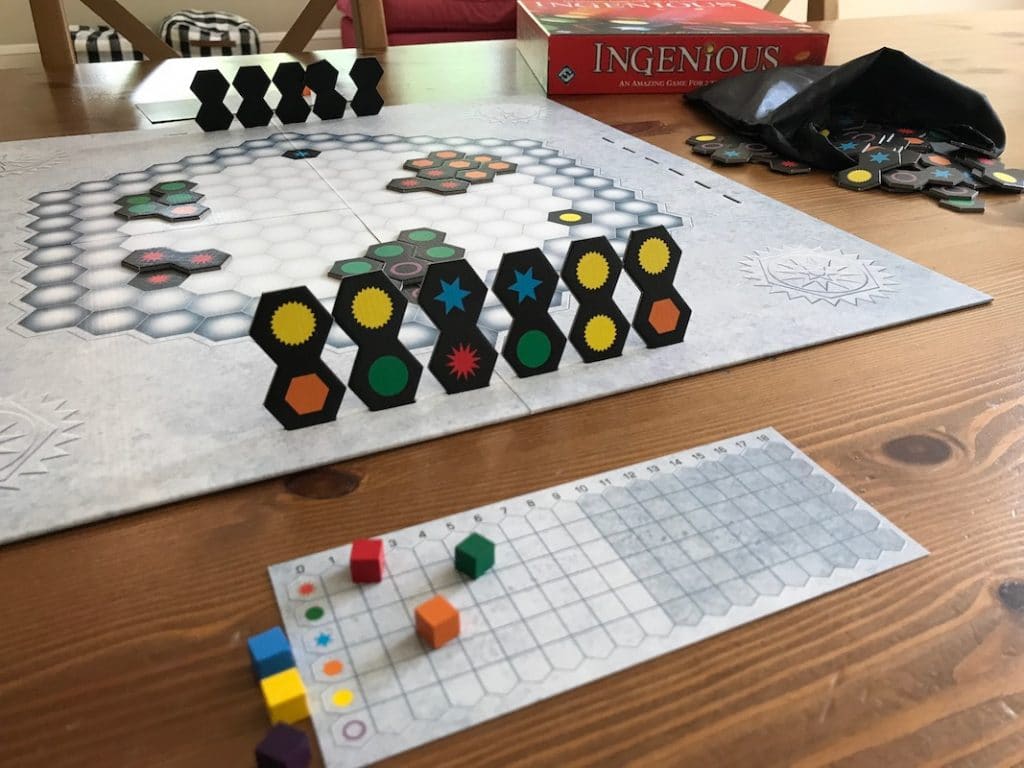 The first game is Ingenious. This is a game that is about 10 years old and was created by the famed Reiner Knizia and published by Fantasy Flight Games. You can trust the marketing tagline for Ingenious, which says its “An Amazing Game for 2-4 Brains!” 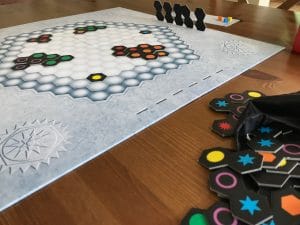 Each player has a rack (punched into the game board) of six of the tiles. For each tile a player matches on the game board, one point is scored for that color that both lies adjacent to it as well as in a straight line from it. If a player brings the score of a color to 18, she immediately yells “Ingenious!” and takes another turn.

A hex is a near perfect shape, if you ask me. And Ingenious is a fun game. My 8-year-old and I can play a game in just 20 minutes. Not only do we enjoy ourselves, but I feel that our matching and spatial awareness get just a smidge better with each play. We also practice our silly voices when we yell “INGENIOUS!”

There isn’t much to Ingenious, which makes it really easy and quick to learn. The production isn’t perfect however. It’s nearly impossible not to have all the tiles slide around on the game board, which means the alignment is almost always just a smidgen off. That’ll make your spatial awareness radar start beeping.

That–coupled with the scoring cards being slick–means that little players who are apt to bump things (meaning all little players) will require that everything needs near constant realignment. I realize that making a grooved game board might make it cost prohibitive, but it feels like at least a textured non-slip coating would have been nice.

Still, that’s part of the fun and Ingenious is a nice little game for both having fun as well as building big brains in your kids.

Two Board Games to Build Big Brains in Your Kids: Patchwork 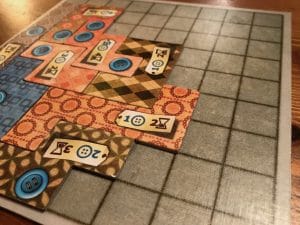 Next up is Patchwork. This is a newer 2-player game that was created by the famed Uwe Rosenberg and published by Mayfair Games. I never thought I’d be promoting a board game with a theme of quilt making, but here we go.

Players compete to create a patchwork quilt on a personal 9×9 game board. At the start of play all of the cardboard “patches” are randomly laid out in a circle. Cardboard “buttons” are the currency that is used to purchase the patches.

On a turn, a player can purchase (should they have enough buttons!) one of the three patches laying clockwise. The player then places the patch on their board, fitting everything together highly like a it’s Tetris.

The “timer” is a central game board where player markers are advanced according to a number on each patch. As the makers advance, there are opportunities to pick up more buttons.

At the end of the game, each player scores a point for every button in his possession, but loses two points for each empty square on his game board.

That might sound like a granny game, but it is wonderfully designed, a surprising amount of fun, and perfect for building spatial skills in little gamers. Patchwork gets tons of play in our house, as I both my wife and I play it with our kids, and they also play it with their granddad. 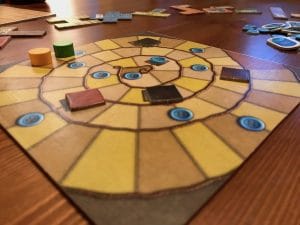 There are other good abstract board games out there, but Ingenious and Patchwork stand out for several reasons:

I can’t promise they will help you properly pack a trunk, but they sure won’t hurt.

Board Game Review: Grow Your Friend Circle with Fort!