Makes Your Skin Crawl: A Pathfinder Encounter Idea to Spice Up Your Game

Most problems in Pathfinder are solved by punching or magic-ing things to death. If we Game Masters aren’t careful, this formula can make most combats feel awfully similar to one another.

Combats across a campaign shouldn’t work like a DLC pack of new skins/costumes: it looks different as the monsters have changed, but the experience is practically the same. And to Paizo’s credit, there are plenty of nifty variations and mechanics to many of their monsters to help avoid this very problem.

Here’s what you do: 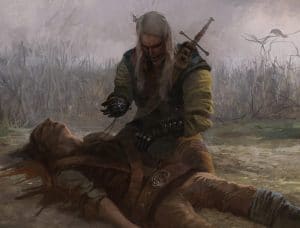 Next time your party encamps overnight somewhere in the wilds (a cave, a makeshift campsite, a ruin, etc), alert them to the presence of a decaying body nearby–maybe through a Perception check.

If they investigate the body using any sort of check, they’re able to deduce that its been dead for about a day, but it doesn’t show a single sign of trauma; no weapon wounds, no signs of an animal/monster attack, nothing. Feel free to provide the corpse with any appropriate weapons, armor, GP, etc for looting if you’d like!

If the party sleeps anywhere within 100ft of that corpse without having disposed of it by fire…they’re going to be targeted by some Skincrawlers!

According to the Skincrawler’s text in Bestiary 6 (read our review here!):

When a skincrawler’s host dies, the ooze detaches itself and crawls into the host’s body through a convenient orifice, whereupon it enters the last stages of its life cycle. As the host decays around it, the skincrawler suffuses the host’s flesh; 24 hours after the host’s death, the host’s skin splits apart into a rash of up to a dozen skincrawlers that then slither away to seek new prey.

That’s right…Paizo hooks you up with this encounter right there in the book!

I’d give every Skincrawler a surprise round if the party doesn’t set a watch, rolling all attacks behind my screen without letting the party know the results until all 6 have struck. Then the party is only made aware of unsuccessful attacks. Maybe they feel something slimy working its way up their leg or some such.

For any successful attacks, ask the PCs to roll a Will Save. DC 15. On a fail…well…

Skincrawlers have a fun mechanic called Memory Lapse. If the target of its sting fails the Will Save, he or she becomes disoriented just long enough for the parasite to attach successfully to the body and camouflage itself perfectly–matching skin’s coloration and texture (but not scales or fur). So I’d say the sting jolts them awake, but they’re unaware of what exactly woke them up! This will give them a fair shake against any more of the buggers trying to latch on. 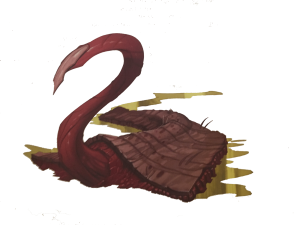 Once attached, Skincrawlers deal 1 Con damage per day and imparts a -2 to all saving throws against effects that cause exhaustion or fatigue as well as a -1 to all Will saving throws and Wisdom based skills checks.

Not too worrisome, honestly. That Con damage is recovered with a long rest, anyway.

But the effects stack with multiple Skincrawlers.  So if a PC is unlucky enough to have 2 or more attach to it, things get interesting!  Suddenly a 1/2 CR monster is causing all kinds of trouble.

Of course while a host would not know of his parasitic hitchhiker, another PC might have seen it strike and blend into his friend’s skin, alerting him to the problem his buddy is completely in the dark about thanks to that Memory Lapse skill.

The Skincrawlers also impart things like mild headaches, slightly blurred vision, and a few other symptoms, so smart PCs who are unaware of the Skincrawler(s) attached to them might seek out a local healer who might know all about these pests and remove them for a fee.

And buddy…when you describe the local witch doctor or healer stripping away one of these bad boys from your PCs, make it gross. Its gotta be gross. Because these things are super gross.

It is absolutely worth reading through the Pathfinder Bestiaries to pick out a few monsters with some fun mechanics and play them up! Design unique encounters around them to shake up the standard combat formula and keep your sessions dynamic and interesting!

Brain Games: A Pathfinder Encounter Idea Inspired by the TMNT

The Official Handbook of the Marvel Universe: Decades Old Encyclopedias that are Still Special to This Day