One of the things that Marvel has occasionally done is to take characters and stories from their properties and create smaller stories within it. Last year’s Slingshot web series was a great example where Marvel took the character of Yo-Yo from the Agents of Shield show and created a pretty interesting web series.

Marvel has not done the same with their Netflix properties but coming out of the Defenders series, there are some potential projects that Marvel should look into producing.

Spinoff Ideas for Marvel’s The Defenders

Daughters of the Dragon 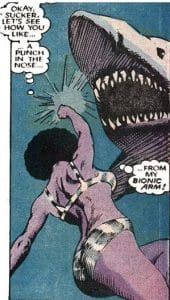 In Marvel comics, the characters of Colleen Wing and Misty Knight are a tag team of awesomeness. Together they together run Knightwing Investigations, a private detective firm and take the nickname “Daughters of the Dragon.”

And they are awesome. While we haven’t seen them come together too much yet, with Misty losing her arm and having it replaced, most likely by the Rand Corporation, they are moving towards this iconic duo working together more.

Given that Jessica Henwick’s Colleen and Simone Missick’s Misty are thought to be one of the best parts of the Iron Fist and Luke Cage shows respectively, this duo getting a spin-off would be amazing. (Sidenote: if only to make a scene in an aquarium so Misty Knight can punch a shark, this needs to happen.)

We get haunting teases of the two icons coming together but we need a Luke Cage and Danny Rand Heroes for Hire season. Any comic fan knew that they were going to be together for at least parts of The Defenders series but I was surprised at how well the characters came together.

I wouldn’t want to miss the next season of Luke Cage but if Iron Fist season 2 was about “protecting my city” and the start of Heroes for Hire, I would be giddy. Plus you can have the two characters expand one another: Luke Cage can teach Danny about privilege and power in America and Danny can teach Luke about the mystical part of the world, or, simply, how to be a ninja.

Can you imagine bulletproof Luke Cage with some martial arts training? Awesome. 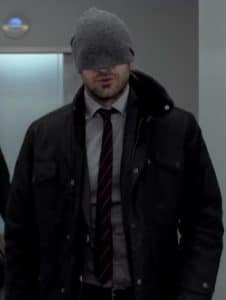 Attorney Matt Murdock hires Jessica Jones to be his exclusive private investigator. I anticipated the match-up of Luke and Danny in the Defenders but I was not prepared for how great the chemistry was between Matt and Jessica.

His dour seriousness partnered with her wisecracking humor worked really well together. Also, it gave us the easiest cosplay/Halloween costume of all time. A suit and a well wrapped scarf and you are ready for a hall fight!

This one would probably have to wait a season or two due to the end of the Defenders season but I think it would be a fun change for the Daredevil show and could move it more into a procedural.

The SuperFriends. Okay, so that name is usually tied up with the Distinguished Competition, but I felt robbed. At one point, for everyone’s safety, they had gathered in the police station a litany of some of Marvel’s best and brightest sidekicks.

I wanted them to form their kind of supergroup and become the amazing dream support team that the Defenders needed. Imagine a web series where you see this team in the background getting the stuff done that the mopey ‘ole Defenders are too busy to think about.

The Defenders was a lot of fun. (If you haven’t checked out our podcast Hall Fights, you should check it out. Especially if you haven’t yet watched the Defenders, we get you up to speed on each character as well as some comic recommendations to dig deeper.)

But it also set up a lot of potential things that I wish Marvel would use in some interesting ways to tell more stories. Instead of investing a ton of money in what they seem to now know is the sinking ship known as the Inhumans, they should spend that money on some different formats and styles of storytelling using some other ideas that they are setting up.

7 Reasons Why Nerdy Things are Therapy for the Mind, Body, and Soul

Marvel Strike Force: How to Beat Heroes for Hire