Blade Runner 2049 had a less than stellar opening weekend. The hype machine just wasn’t working for it–and in fact might well have worked against the sci-fi sequel. The movie is currently being outperformed in the theater by the microbudget horror film Happy Death Day.

But is Blade Runner 2049 as bad as all that suggests?

It had been years and years since I’d last watched the original Blade Runner, so I hit wikipedia for a quick refresher on the plot. Here’s what you need to know going in (some of which is provided by a few lines of text in the opening to 2049): 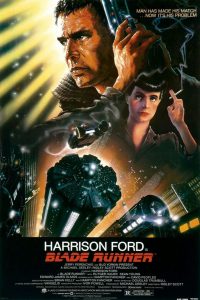 With those bits in mind, you’re ready for Blade Runner 2049.

We meet a new Blade Runner in Ryan Gosling’s character, K, who it is quickly revealed is also a replicant. After a successful hunt, he unearths (quite literally) a box of female human remains that show signs of an emergency c-section…and a microscopic identification number.

This is shocking since replicants are not supposed to be able to procreate. He’s tasked with tracking down the child and destroying all evidence of the pregnancy to prevent war between replicants and humans.

His investigations eventually lead him to a reclusive and reluctant Deckard, but their stories both converge and diverge in intriguing ways as more answers come to light.

What Blade Runner 2049 Does Well

1.  It honors Blade Runner. This is not a reboot, but it is also more than an homage. It validates everything about its prequel–even relies upon it in many cases–while

simultaneously picking up where its story left off (playing it out largely off screen) and expanding on the concepts introduced in the original.

2.  It plays with philosophical concepts. What is the definition of human? Do replicants count? Does the child of a replicant count? If so, what does that say about the Blade Runner’s occupation (killing replicants)? If not, does that justify the functional slavery and industrial production and sale of replicants?

I’m not sure the movie answers any of these explicitly and definitively (though you’ll certainly hear opinions as the movie unfolds), which I dig.

3.  It toys with emotions. Revelations are made throughout the film that are devastating to K and Deckard (at least). One of them is true, the other could well be a lie; but regardless their impact is substantial and well delivered.

4.  The casting is great. I had no complaints about any of the casting decisions for the film. Solid performances all around. They definitely had all the tools necessary to make this a great film!

What Blade Runner 2049 Does Poorly

1.  There are some truly awful sound(track) decisions. There were times in the movie that sound effects or possibly elements of the soundtrack are super intrusive and I felt like the movie was going out of its way to obnoxiously proclaim by these sounds HEY THIS IS A SCI FI MOVIE YOU CAN TELL BY THIS WEIRD-ARSE TECHNO NOISE. I’m not sure I’ve ever felt this strongly about sound choices in a film.

2.  K’s twist. For a significant portion of the movie, I was a frustrated viewer because I knew one of two things was true: 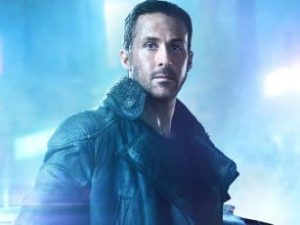 a) I had figured out the twist in the first 20 minutes.

b) What I was guessing at was too obvious and therefore wrong, but man are they selling it   hard…like, their misdirection is not subtle at all.

I won’t say which proved true, but having either experience by minute 20 of a 160+ minute long movie is not good.

3. The running time. Nearly three hours and not all of it counted. Because of #2, that run time was made even worse experientially. There was a lot that could have been handled much more quickly or cut entirely, and a snappier feel to the movie would be a significant improvement.

I give Blade Runner 2049 7.5 out of 10 Nerds. Watching it was far from a mistake, but the things it did poorly really derailed it for me. A bit more subtlety and some edits and we might be talking 8.5 or higher here.

It plays so well with the original, and I honestly love the heck out of that! It is a great example of a true sequel and is 100% successful in that regard.

However, it isn’t what it could have been due to some overplayed plot elements and at least 30 minutes of dispensable content. In this case, I feel like the direction (as in the decisions of the director) of the movie held it back; keeping it from realizing its fullest cinematic and narrative potential.