By Clave Jones On Dec 5, 2017 Last updated May 6, 2018
The Called Shot Podcast is playing through the Pathfinder Skull and Shackles adventure path from Paizo.
17 TwitterReddIt17PinterestFacebookEmailPrint

The Pathfinder RPG is an incomprehensible slab of material, made from an unidentified element with an extremely high atomic weight. Probably iridium or something. Luckily, there is a podcast bringing some microwavable iridium that we can use to warm Pathfinder up for us. Even better news is the podcast features pirates. 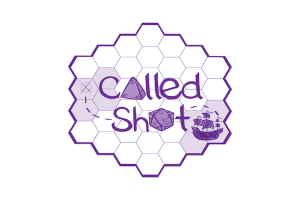 The Called Shot Podcast is playing through the official Skull and Shackles Adventure Path from Paizo. Called Shot includes all the gloriously dense Pathfinder RPG rules but presents them in a swashbuckling pirate adventure.

Skull and Shackles is set in the Pathfinder setting of Golarion,a region of which is called the Shackles and it is known to be a wretched hive of scummy, villainous pirates. The Skull and Shackles Adventure Path is a series of six adventure books that starts a group of Pathfinder characters at level 1, then whisks them along on a high seas adventure story that levels them up as they become infamous pirates in their own right. 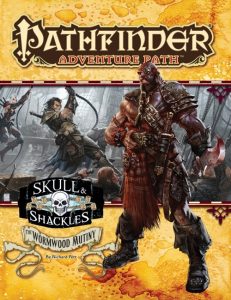 The Called Shot Podcast is GMed by Wes, who does an excellent job. As you can imagine, a pirate ship has a hold stocked with a crew full of nasty, nefarious knaves and Wes does an excellent job of juggling these 20 odd NPCs, including Captain Barnabas Harrigan of the Wormwood, Conchobar Shortstone, Jaundiced Jape, Master Scourge, and Ambrose “Fishguts” Kroop.

That’s no easy feat. It’s also no easy feat to juggle a rowdy and rambunctious cast of players:

If you read the above and thought that a sorcerer, rogue, swashbuckler, bard, and brawler make for a motley crew, then you would be correct. But it 110% works. I like the entire cast a lot. Each player picks their spots well; everyone shining in their moments. It also provided an opportunity to highlight the depth of content that Pathfinder has to offer, being that many of these classes are off the beaten path.

My only suggestion is that every time a PC gets the killing blow or rolls a critical against a creature, Wes should say, “OK, call your shot.” then allow the player to give a two sentence description of the action in order to create a little narrative drama for our ears. I plan to slide that into the suggestion box at my first opportunity. 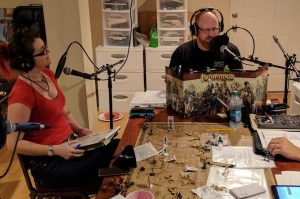 The early episodes of Called Shot also highlight some rules that Paizo created specific for the Skull and Shackles adventure. Rules like “plunder” and “infamy” add flavor to the pirate story. And while the first several episodes feature “daily actions” that are nothing more than ship jobs like rigging and deck swabbing, it is actually makes for good podcasting. The slow build helps you imagine yourself on board a fantasy-themed pirate ship and allows you to acquaint yourself with all the interesting NPCs.

Live play podcasts are popping up like bobbit worms but 99% of them are difficult to listen to, quite frankly. Pity this poor nerd’s ears for having to listen to many of them. It’s a wonder that poor brain doesn’t crawl out those poor ears and seek employment somewhere with better working conditions. Yet that’s just how broken I am inside. I’ve become so jaded with the current state of live play podcasts that I only see mud where others see flowers poised to grow.

But I enjoy the Called Shot Podcast so much that I wrote 800 words just to tell everyone about it. Called Shot has a great table feel, quality sound, a fantastic DM, a super engaging storyline, and a professional approach, the exact things it needs to grow into something pretty special, and I’m not just hyping it up. Hyperbole is not just a river in Egypt, you know. It’s not a river anywhere, actually. I’m not sure why I said that.

The fact that Called Shot Podcast is playing through an official Pathfinder adventure has already given it a strong structure and some compelling characters and hooks that drive the story forward nicely. This of course draws comparisons to the Glass Cannon Podcast, which is playing through Pathfinder’s Giantslayer Adventure Path.

But this is in no way to serve as a comparison between the two, as they are very unique in what they bring to the hobby. Instead, this is a proclamation that there are now two Pathfinder live play podcasts for your ear holes. Glass Cannon drops on Tuesdays; now you have a wholly different Pathfinder adventure in the Called Shot Podcast, which drops on Wednesdays.

Called Shot is only at about episode 16 as of this writing, so it’s a good time to get in on the adventure. Find the Called Shot Podcast here.