If you’ve ever rolled up a character for a tabletop RPG–particularly if you spent any amount of time fleshing out their backstory and such–then you’ve loved a character.

You know the feeling:

But try as we might, sometimes our character’s fate relies heavily upon a die roll or a narrative development inherent to the adventure (home-brewed or produced) and the choices we make while playing.

In most cases, when the PC we’re playing dies or is significantly crippled somehow we’ll do one of two things: 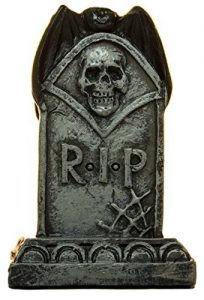 So what are the narrative honoring, character honoring options at our disposal?

3 Options to Honor Your PC’s Story

1. Let them live “off screen.” Our characters have lives apart from the roll of our die or direct control. Most of us aren’t playing our characters from birth, for instance! If your character gets crippled or seemingly-permanently incapacitated…don’t just write them out of the narrative.

Their condition could become the catalyst for a side quest or even one that eclipses your main quest. How can we undo this? How can we save our friend? Sure, roll up a replacement for the interim. You might even end up using that second character as your primary character after the first one is fixed (whatever that might entail).

The Glass Cannon Podcast guys did this with not one…but two of their characters. And they also pulled another neat trick: They played through stories specifically written for and starring one of their handicapped characters. He still got played! Genius.

2. Adapt to the unfortunate. Accidents and incidents happen in real life. Sometimes we have to adapt to new circumstances and situations. We don’t get a shiny new character sheet every time we lose a hand or take a permanent -2 to our Charisma.

Consider the idea of adapting to those things instead of seeking a do-over.

In one of my Curse of Strand campaigns, a character had his off hand cut off during a crit fail (I have them roll on a d100 table). He could have been like, “Well, this guy can go live off-screen. Everyone meet *insert name here,* my new character!”

But he didn’t and I love it!

Instead he said, “You know what? I can’t shoot a bow anymore. I’ll figure it out. It’ll be interesting!”

3.  In the event of death: Role play a proper burial and funeral. Sometimes we’re guilty of shifting gears so fast after a PC death! The death of a beloved character gets lost in the noise of combat and unintentionally forgotten, or entirely and intentionally neglected. You just grab your backup and wait impatiently for the DM to introduce the new you.

We don’t bother with details like retrieving a body from a battlefield, let alone properly burying and honoring them.

Again, I gotta brag on the Glass Cannon Podcast! They don’t skimp on these details and it makes for powerful and beautiful moments. If you’ve spent hours and hours as (not just with…but as) a character, their death is significant. Treat it as such.

If your guy dies in the first five minutes, then sure–skip the funeral. He was functionally a stranger. Otherwise, give his or her life some justice with some in-game roleplaying or even just some around-the-table reflection and storytelling! 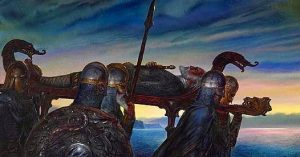 Just because you can easily replace a character does not mean that he or she is insignificant or meaningless. Don’t miss an opportunity to get creative with a handicap or properly honor the fallen in your tabletop RPG!

Four Things I Learned Listening to the Glass Cannon Podcast

The True Story of Monks, Clerics, and Paladins…all…