I’d be lying to you if I said last week’s episode didn’t blow my mind.  I won’t spoil anything directly, but let’s just say that Lorc took #newyearnewyou to new heights.  Catch up on the GCP so you can let your ears feast on Episode 137 – Helter Skelt-er!

The heroes arrive in the city of Skelt to make final preparations for the journey to Skirgaard. 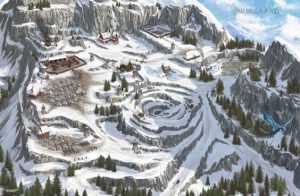 5 Tools to Make DM Prep Easier for You!