To Retcon, or Not to Retcon: Revising Turns in RPGs

Retcons.  They are a staple of the comic industry, for sure, but what about our beloved RPGs?  Do they have a place at your table?

Requesting the Retcon in Your RPG

As both a player and a DM, I’ve granted and requested revisions and retcons to turns in combat.  They tend to come about in one of three ways:

1.  There was a misunderstanding; usually a spatial one.  This tends to happen primarily in games that take place solely within the theater of the mind.  A PC will misunderstand the terrain, threatened squares, or positions of enemy combatants.  The result:  Can we say I moved here instead?

2.  Someone forgot something.  More often than not, a PC forgot about or neglected to use a feat properly or a spell or some piece of their action economy (usually Reaction or Bonus).  Once they’ve realized their mistake:  Wait, wait, wait.  I forgot to __________________.  Mind if I do that real quick?

3.  The dreaded Total Recall.  The worst retcon there is.  They change their mind about just about every part of their turn and want to change the resulting battlefield entirely.  Not cool, man!

To Allow or Deny the Retcon?

We’ll address this question from the standpoint of the DM or GM since it is ultimately their choice to make.  However, it wouldn’t be a bad decision to have this discussion as a part of your Session 0.  It might be short and sweet as the DM lays out their law concerning retcons, or it might be a bit more democratic – with everyone at the table giving their two cents and cooperatively arriving at an agreed upon rule or way.

Here’s how I tend to deal with them myself from behind the screen: 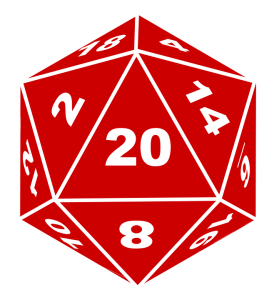 That’s it!  That’s the only time I’ll let someone make a change to their actions in combat.  Period.

In part because I really want the folks at my table to know their characters well enough to perform knowledgeably with them.  Limiting the instances in which I’ll give them a pass for not doing so encourages that PC familiarity.

Also because I think too many RPG players believe and behave as if they have to play the game perfectly to enjoy it.  No mistakes, no oopsies, no strategic blunders.  While that’s a fine goal to have, its not a terribly realistic one given the dynamic quality of combat.  Sometimes, your plans fail or your strategy backfires or you do something that proves really, really dumb because as it turns out you didn’t know all the factors at play.  That’s not just true of RPG combat…that’s true of life.  You want to do well in either or both:  Learn, adapt, adjust, or overcome.

I Deny Retcons When… 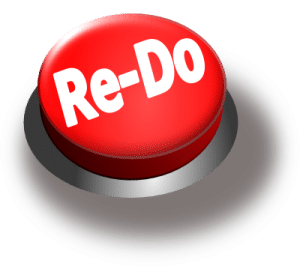 Retcons Should Be A Rarity

I don’t love the idea of treating a player’s every word during combat like a Jeopardy! answer; as if their first answer is written in stone and unchangeable.  Sometimes we honestly forget stuff (a radically different circumstance than flat out not knowing something) in the excitement that is combat.  As a DM, I create a little space for grace while at the same time enforcing a system (that I am accountable to as well!) that expects everyone at the table to know their character and respect the turns of others.

Maybe I’m too strict.  Or maybe I’m too soft.  Let me know how you deal with requested retcons during combats in the comments of our Facebook page or the Character Sheets group!