Barron narrowly avoided a fly’s fate in the maw of a glacier toad and L’Orc leveled up, but Skirgaard still lies beyond their perception.  Will they find the hidden city?  What dangers still lie in their path?  Find out today in Episode 141 – Climbs and Misdemeanors.

Having narrowly avoided an unnatural disaster, the party must now find their way to to the hidden mountain plateau where Skirgaard allegedly lies. 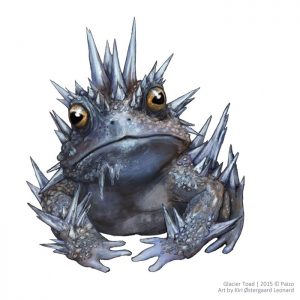 An Interview with the Designers of The Legend of Korra: Pro-Bending Arena