All of us have had that night where maybe a few people couldn’t make it to the game. And for me, it nearly almost always is at a crucial spot in the campaign where I don’t want to do a big reveal or move the story forward without all of the people there. So you are left with a night where you have some players but not a full crew and you want to do a session that doesn’t have any major consequences. Here are some ideas for how to play a one-shot that will be fun, help your players get to know their characters, and do something totally different.

One Shot Ideas for Your Tabletop RPG

The Battle Royale. This format has become somewhat more famous because the players at Critical Role have done it a couple times. The basic idea is that the Dungeon Master sets up a battle map arena, which has some surprises and then characters go ahead to head with each other until there is one last character left standing. You can see their epic level battle from December below:

It is a fun way to watch players go at one another. We have done it in my weekly campaign once and I was surprised to see how well one of the players knew the others’ weaknesses and exploited them to great effect. But the issue with the Battle Royale is that the character classes are meant to be a 1v1 even level representation of head to head combat. At higher levels, casters are going to dominate, and that is even more highly exhausted if you add in flying characters, who will have an even greater advantage. And nerfing certain abilities for characters can feel like a bummer for them, so this format has its drawbacks. 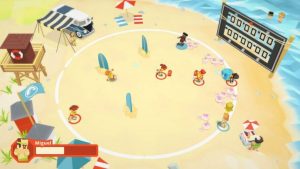 Team versus Team One of the ways to mitigate that every character for himself and differing abilities at differing levels is to shift the approach to a team game. Have each player roll a d20, the top two scores are captains and they pick and put together their team from the remaining players.

This approach is fun because it is also competitive but it adds back in some serious value to some of the roles like cleric, who might not fair well in 1v1. It also lets your characters explore some ways to work together, mashing up their skills and spells without the risk of death in combat in your regular game. This also relies on there being an even number of players but it could be fun. 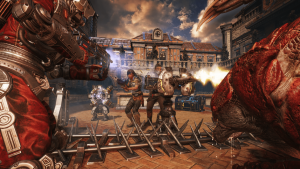 Horde Mode. Almost the only reason that I liked the Gears of War games on consoles was Horde Mode. The idea is pretty simple: you and your partners do whatever it takes to survive as long as you can as wave after wave of creatures come after you. If I was going to run a Horde Mode night, I would set up a map with some options for places to hunker down, and then dig through my notes and send waves of creatures that my players had faced before.

Remember the kobold horde that nearly annihilated the party? It would be fun for them to see how quickly they can mow through them as level 7 PCs. But as each wave moves forward, they face a challenge or a combination of challenges that they haven’t experienced before. Part of this game session would be about resource management as well; you’d want to be clear to everyone: there are no long or short rests coming at any point. And possibly set some rewards for certain tiers that the players survive!

So next time you’re short a PC and the rest of the group still wants to game, play something that definitely doesn’t have any lasting consequences but might well have some worthwhile reward.  It could be that the reward is nothing more than better familiarity with their PC (which is not nothing!), or you could reward magic items to the victors.  Why not positively reinforce consistent attendance at the table?