The dice have spoken.  A couple of really low stealth checks were made as the GCP crew began to execute their infiltration of Skirgaard.  The party will have to switch from proactive mode to reactive mode in Episode 144 – All Along the Botchtower.

A duet of failed stealth checks leaves a split party in the most dangerous predicament they’ve faced since entering Skirgaard! 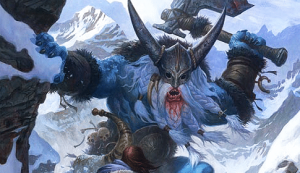