Agaja–son of King Houegbadja–established his personal regimen of bodyguards, a woman-only group that were armed with muskets. These women warriors were called the Dahomey Amazon, and if you liked Black Panther, they were the inspiration for the Dora Milaje, the comic book warriors who dedicate their lives to protecting the ruler of Wakanda.

Why King Agaja of the Kingdom of Dahomey (now Benin) established the women only is not known. Indeed, Stanley Alpern, who literally wrote the book on the Dahomey, isn’t fully certain, but he theorizes that we can trace their origins to teams of female hunters known as gbeto. But let’s pause the history lesson for a moment and discuss the Dahomey as a fighting unit. 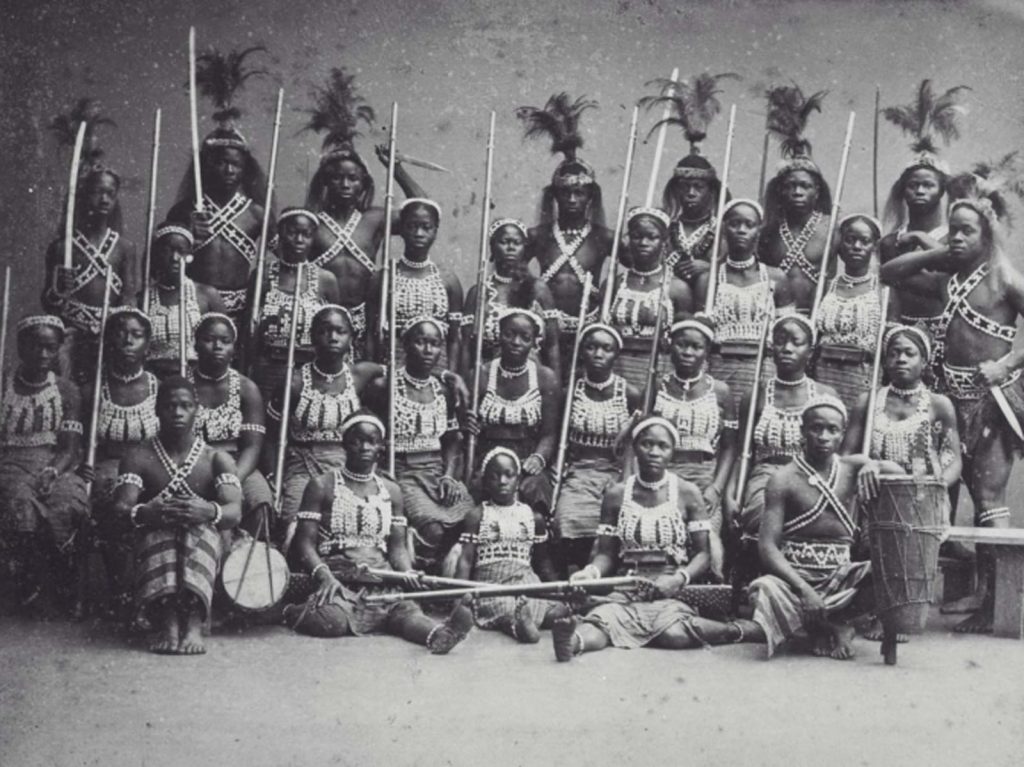 At the height of their power, the N’Nonmiton, as they were called, were nicknamed the Dahomey Amazons and numbered 6,000 women strong, each of them wielding 3 in. razors, machetes, and muskets. Their finishing move was to decapitating their enemies with a single machete strike. They’d then bring home the heads, boil the skin off the skulls, then display them as gruesome trophies.

Their training was intense. First, they were taught to face pain with a ruthless stoicism. Proud to show themselves impervious to pain, they wore belt made of acacia branches covered in thorns. They then scaled walls covered in the same massive thorns, simply brushing off the dozens of times they’d be impaled by them. They’d practice hand-to-hand combat atop the wall, then they’d scale down the other side, which was also covered in the needle-sharp thorns. Oh yeah, the thorns were two inches long. 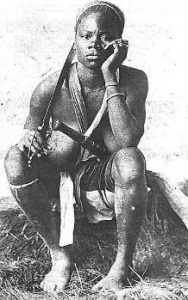 They also desensitized themselves emotionally in order to truly become remorseless killing machines. Atop the same walls, new recruits participated in a brutal form of execution. A prisoner of war would be bound and gagged inside a basket. It was then each new recruits’ duty to hurl the human inside down to his death among a savage mob. One, a teenage recruit named Nanisca had not yet killed anyone. When brought the prisoner bound in a basket, she self-confidently walked forward and calmly cut off his head, then squeezed the blood off her weapon and swallowed it.

While European explorers weren’t impressed by their musket work–noting they shot wildly from the hip, rather than from the shoulder–they were wide-eyed at their hand-to-hand mastery. It was this close quarters fierceness that most unnerved Dahomey’s African enemies, the Yoruba, a much more numerous tribe from the east.

On their down time, they’d hunt elephants, as one does. A French naval surgeon reported in the 1850s that a group of 20 Dahomey Amazons attacked a herd of 40 elephants, killing three. Although the Dahomey Amazons aren’t the only example of women warriors, they may be the only ones known to swarm an elephant.

Later, when the French attacked Dahomey in 1892, and after 7 weeks and 23 battles, their modernized firepower proved too much. But although the men of Dahomey fought alongside the N’Nonmiton, it was the women who were the last to surrender. Yet down to their last 50 survivors, some Dahomey Amazons were still able to get their revenge on the French by allowing themselves to be seduced by French officers, then cutting their throats with their own bayonets when the fell asleep.

Much of the history of the Dahomey came via the notes of British explorer Sir Richard Francis Burton, who wrote this about the Dahomey in 1863: “Such was the size of the female skeleton and the muscular development of the frame, that in many cases, femininity could be detected only by the bosom.” Wouldn’t you know it? Sir Richard Burton was witness to one of the greatest fighting forces in history and he still couldn’t help himself from looking at their boobs.

The Kingdom of Dahomey persisted until 1894 when it was fully annexed into the French colonial empire. Now it is modern day Benin, but some of its rich history has come to life in the Black Panther movie, of which Wakanda’s women warriors are key.

Marvel movies thankfully don’t show grisly beheadings or elephants being slaughtered, but you can still see echoes of the Dahomey come to life in the Dora Milaje of the Black Panther. The Dora Milaje display the same fearlessness, discipline, and prowess that the Dahomey were known for. You see also the same commitment to their king. They fought as one and fought to the end. Wakanda forever, indeed.

Annihilation: An Ambitious Sci-Fi Movie that Fails to Stick the Landing