To say that Marvel explores daddy issues in their comics and movies is a vast understatement, because good gravy, father-failure themes are everywhere. And I’m there for it, having written about it a million times.

First, here are my thoughts on Professor Charles Xavier, who served as a father figure for young mutants, whose parents entrusted him to look after them at the Xavier School for Gifted Youngsters. More often than not, he manipulated them for selfish reasons while repeatedly putting them in dangerous situations.

I’ve also written about Hank Pym, who created Ultron then was widely blamed when Ultron went evil, which brings up the questions of if you can be the father of an AI and if so, are you to blame when your “child” turns bad.

But I’ve also written about Scott Lang, the second Ant-Man who began life as a criminal but turned into a responsible loving father to Cassie, which begs the question of if a father should be credited if his child turns into a hero.

So, yeah, the point of the above is to illustrate that father relationships have long permeated throughout the pages of Marvel Comics. And the father theme has absolutely been brought to the Marvel movies. Let’s bullet point a few:

The sins of the father run super deep in the MCU.

But the two biggest father stories are left and I want to compare and contrast those. I’m talking about Thor: Ragnarak and Black Panther. At first blush, they don’t seem similar. Ragnarok is perhaps the funniest MCU film & Black Panther is perhaps the most serious, yet in many ways the two movies are companion pieces. Both movies are about the dark legacy of empire and fathers who didn’t always share the truth with their children.

In fact, the villain plots of Black Panther and Thor: Ragnarok are eerily similar, basically being mirror reflections of each other. In Ragnarok, Odin adopted an enemy’s child but never told him as well as having a child exiled due to her hewing close to evil. In Black Panther, T’Chaka killed a member of his own family, then hid it from his son.

When T’Challa and T’Chaka meet in the ancestral plane, it’s easy to also spare a thought for Thor and Odin. Both T’Challa and Odin hid secrets from sons and both sons felt unworthy to step into their fathers’ footsteps until forced to find their own power. 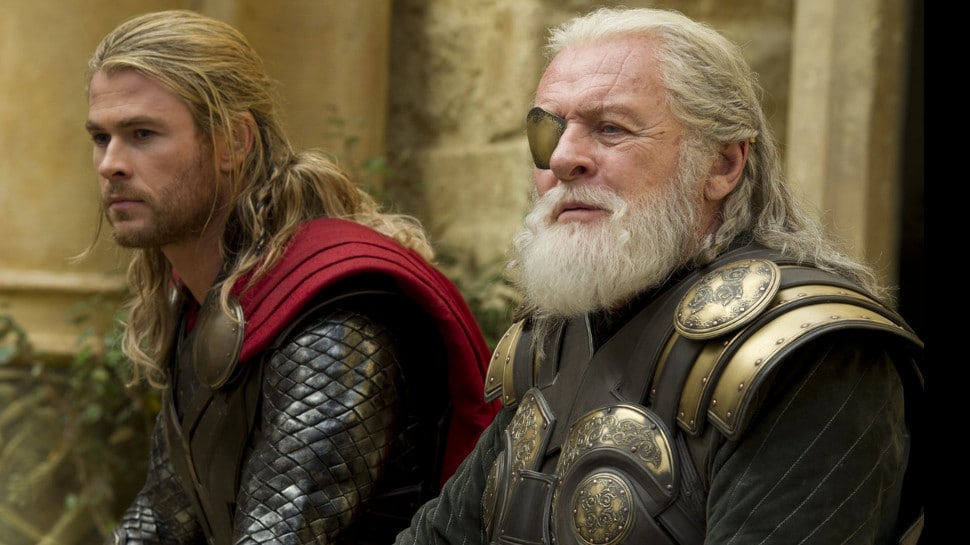 There are deep themes that run through Ragnarok and Black Panther, both about letting go of the past–meaning old hurts, old wrongs, old grudges–and how freeing that is in letting one move forward.

Daddy issues, in other words. This is always something that Marvel has done well, which is to bring core human emotions into their stories. Personally, this is on my mind as my dad is in town for a visit. Listen, our time together isn’t determining the fate of Midgard, but let’s just say…it’s a visit that isn’t 100% easy. How do I cope? Well, I write an article about Marvel comics, that’s how. And that’s the kinda thing that fits right in with Marvel stories.