I want to confess what I’ve come to realize is a bad habit of mine as I DM a Dungeons and Dragons adventure:

I treat time like it stands still everywhere the party isn’t.

And this is a super easy thing to do because of the way campaign books tend to be written.  They can very much read as saying, “When the party gets to this place, these are the things that happen.”  But you don’t have to run the adventures in that way.  In fact, I am coming to believe that you absolutely should not.

The main reason being that it makes the world in which your party finds itself too darned neat.  They’re always there in the nick of time, and nothing happens that doesn’t make linear sense within the narrative (ie no curveballs).

Now to be fair:  Wizards of the Coast does a great job of trying to combat this some with Special Event sections in certain locales, but I think you can do even more and even better than that.  Here are a few ways you might go about doing it!

How To Keep Things Developing in the Background of Your Campaign

1.  Figure out how things unfold in the absence of the party’s presence and/or intervention. 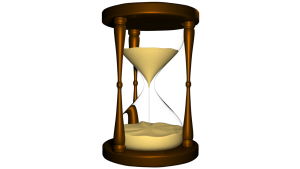 During your read through of the adventure, jot down a few notes about places and events that could change significantly if they’re not addressed in whatever you might determine to be a timely manner.  You may choose to never use them, or you might land upon a fantastic alternate take on an encounter and choose to roll with it regardless of when the PCs get around to it.

If nothing else, it is a great exercise in creativity!

2.  Let your party be too late.  In the Curse of Strahd campaign I’m running, the party had the missing Vistani child, Arabelle, on their radar for several in-game days before they decided to check into it.  Now, I could have had them roll up on the scene as described in the encounter (again, as if time stood still until they decided to address the lead)…but that just didn’t make sense given how long they sat on the lead.  So they found the girl alright, but they had lost the chance to save her life.  This radically changed the scene!  Instead of getting to swoop in and be the heroes, they instead had to sort out what to do with her kidnapper and be the bearers of bad news to her father.

You obviously gotta pick these moments very carefully!  You can likely have all the fun you want with B Story items, but you should probably stick to minor alterations to the main narrative.  You probably don’t want them being too late for the apocalypse, for example…

3.  Developments!  As your PCs accomplish greater and greater tasks, surely someone on the opposite team should be taking notice.  Sure, the adventure isn’t taking place in a world connected by the internet, but word can still travel by other means.  Could be that a baddie who manages to escape combat does some tattling or a big bad has obvious reasons to know that some cog in his evil scheme’s machine has been meddled with and chooses to be proactive in some way instead of waiting for the party to finally reach him or her.

Think of your party’s accomplishments as stones thrown into a pond:  They have rippling effects and don’t serve merely as stepping stones towards their next level.  Experiment with those ripples!  Who knows what they’ve done and what are they going to do with that knowledge?  Some will write ballads (see this post on how to use bards as awesome NPCs!) while others might muster an army. 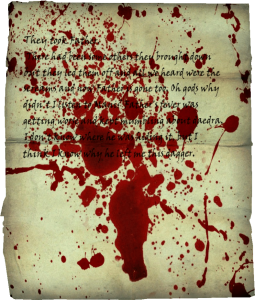 4.  Straight up tell the party what’s going on in the world around them.  Ripples could find their way towards the party just as surely as they do emanate out from them.  These could present themselves with urgency (Come quick!), as seeds for new plot threads, or as further development for existing ones.  They could take the form of a soft orange glow above the tree line on a dusk horizon striated with pillars of smoke or a casual “Have you heard” kind of conversation between two drunk blokes at a bar with rapidly diminishing discretion.  Perhaps the looting of some corpses turns into an unexpected intercepted communiqué with orders of some sort that reference something the heroes have achieved as the motivation behind the move.  They were hoping to pick up a few GP and now they’re learning that their exploits are drawing attention and changing the playing field somehow!

The hope is to try and communicate to your party, “Hey, while this narrative centers around you, the world it is rooted in does not wait on you.”  I don’t think you have to do all of these all of the time, either; I think you can strategically leverage one or two during the course of an entire campaign to great and desired effect.

Doing so grants life and autonomy to the world in which your party finds itself.  They might be in control of much, but they can’t and shouldn’t be in control of everything – especially the “when.”  After all, as the great philosophers Mick Jagger and Keith Richards say, “Time waits for no one.”