Hmmm. Seems like I lost most of you with that last one.

But Scott Lang manages all the above criteria. For those of you who aren’t familiar with Scott Lang from the comics, you may be familiar with Pauls Rudd’s portrayal of him in Marvel’s Ant-Man and Ant-Man and the Wasp movies. While the movie will give you the background you need to track along, we’re going to dive a little deeper into the comic book version of Scott Lang. 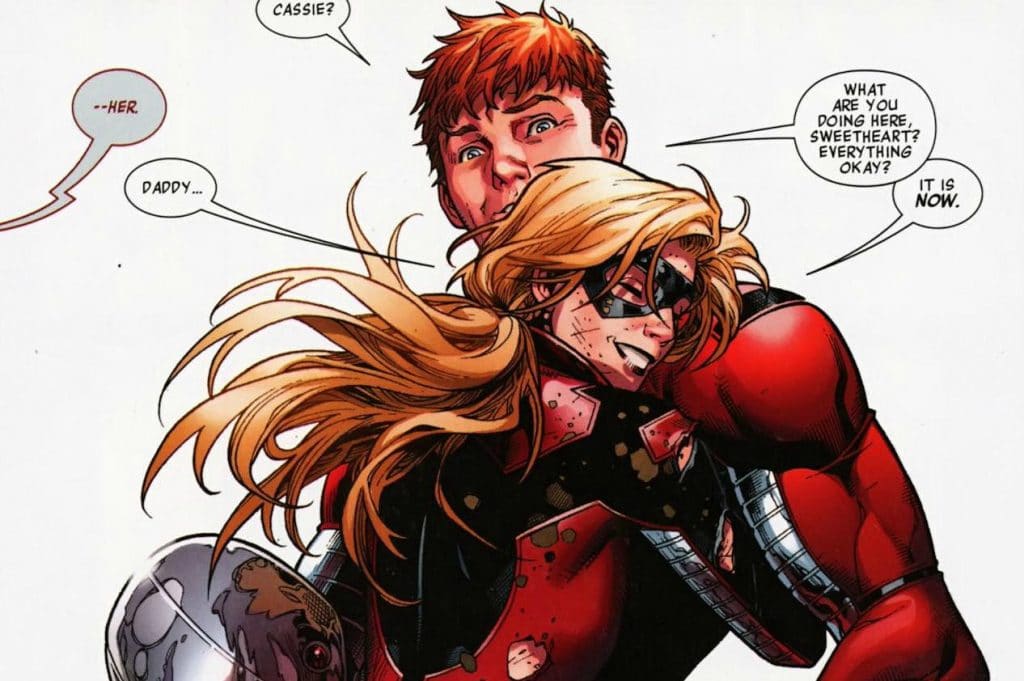 First, Scott Lang (the second Ant-Man, after Hank Pym) is a dad in the comics, just as he was in the movie. His daughter’s name is Cassie, and while she is young in the movie, comic fans know that she is a young woman in the comics. Cassie is an excellent superhero, going by the codename Stature. And Scott Lang is often given a heap of credit for his daughter Cassie’s success as Stature.

But Scott Lang was first introduced to the Marvel Universe as a criminal. After failing as an electrician, he tried his hand at burglary, failed at that as well, and ended up in jail.

He first became Ant-Man using equipment he had stolen from Hank Pym’s laboratory in order to rescue the only doctor who could cure Cassie (then a young child) of a heart condition.

From that point forward, Lang did everything in his power to teach Cassie the difference between right and wrong, a lesson he stressed he had to learn the hard way. This effort paid off, as Scott succeeded in instilling his daughter with strong moral values, a sense of social responsibility, and a willingness to sacrifice much of her own adolescence to help strangers.

Cassie consistently makes it clear that she is a superhero because of the lessons she learned from her father, which is what motivated her to adopt a version of her dad’s old costume, both to honor his memory and to declare from the roof tops that she is who she is because of Scott Lang. (More on their comic story.)

In short, had Cassie not had Scott as a father, it is unlikely that she would have become a superhero.

Oh dear, here’s where I take this article on a philosophical journey. Aristotle believed that while we might have some born-in tendencies to behave in certain ways, much of our character and morals is developed through a process of imitating others. Nurture over nature, in other words.

Aristotle thought that we learn to be good by watching and imitating those who have already developed virtuous habits of being good. Modern philosophers have a term for this: moral exemplarism.

Simply put, us Earth Nerds learn to do good by imitating those who do good. 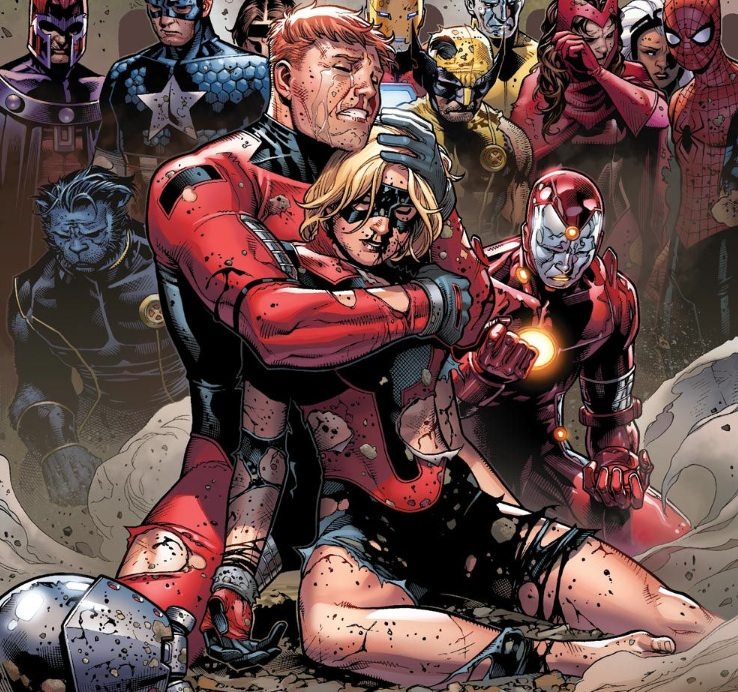 Back to comics. We can rightly praise Scott Lang, not for contributing his genes to Cassie, but for giving his daughter a solid moral grounding and setting an example of the way a hero should act. Even if Scott Lang wasn’t Cassie’s biological father, he would deserve credit for raising Cassie.

[ Unlike the poor example of Charles Xavier | More daddy issues in the MCU. ]

Zooming out from Ant-Man and talking now in general terms, we could say that parents deserve praise for the intentional effort they put into helping their children become good people. Alternatively, I suppose we could also say parents deserve blame when they fail to contribute in that way to their children’s upbringing, or when they act to influence their kids for the worse (those villains!).

Parents like Scott Lang may have made mistakes in the past, and I’d bet you two nickels they still aren’t perfect to this day, but if they are present and active in their children’s lives, they can have a huge impact on the adults their children become. As evidence, I point to this one tiny corner of Avengers lore. Now who said comics don’t have anything to teach us?