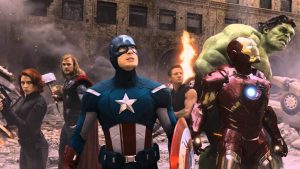 Ten years ago comic book fans everywhere held their breath is the closing scene of the Iron Man movie demonstrated a desire to put together a cohesive universe for Marvel films. The sudden appearance of Samuel Jackson as Nick Fury in that scene promised us something: Earth’s Mightiest Heroes, the Avengers. 18 movies later we arrive at the culmination of that decade with first showing of the movie Avengers Infinity War. So does that movie live up to the hype and expectations? The answer is yes, and I will explore some of the reasons here in this mildly spoiler review (If you haven’t seen the movie, this review will spoil some very minor things that you could guess from the trailers if you have seen them).

Truly (And Appropriately) Epic In Scale

One of things that had to be true this movie is that it has to be up to the nature of what a decade of movies leading up to it promised; it needed to be epic in scope. A great deal of kudos has to be given to the Marvel Cinematic Universe team as they managed to do something that some other franchises have not: they built slowly to the right scale.

The build to the Avengers was excellent and it culminated with our first glimpse of the villain in this movie, Thanos, at the conclusion of the New York invasion. The second Avengers movie widened the scale and scope to the nation of Sokovia. Captain America: Civil War dug a deep rifted between the heroes and they come back together in this film (and meet new-to-them characters like the Guardians of the Galaxy) to deal with the epic, universe level threat of Thanos.  And it feels epic. This movie is set in various locations that we have seen before and are introduced to in this movie but all of them together leave us with this clear sense that this is an epic, universe expanding event. It feels proper in its culmination and several of the scenes really live into that.

The second thing that this movie does well is use all the pieces that it has put into play. There are going to be some that argue that the epic nature of the story means that the story loses its focus. There are many, many characters in this film and all of them have different moments.

One of the things that I especially enjoyed were the unique gatherings of heroes that the movie managed to put together. While it would have been easy to leave the heroes with others that they knew and had encountered before, the storytelling mixes and mashes them up in some clever ways that give us some excellent dialogue and jokes but also helps expose the core of each character. The groupings are inventive, creative and, yet, somehow seem to make sense. To remain spoiler free, I won’t call out specific ones but I will say that some worked better than others but all of them worked to one degree or another. It was a pretty epic risk and it has some storytelling rewards.

All of this isn’t to say the movie doesn’t feel rushed at times. It is a lot of moving pieces and while tracking all of the moving parts, it can be a bit dizzying for the audience. But there are limits to what you can do in a movie clocking in at under three hours. This movie relies on the audience having looked at the original sources, all the other Marvel movies, to help guide this one to a fitting finish line. 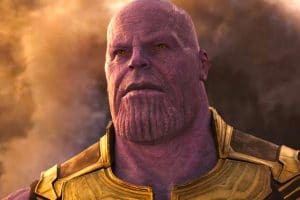 In the midst of this movie, they also manage to create a compelling narrative around Thanos. Again, if you have paid attention at all to the trailer, it is obvious that Thanos is the major villain in this film. But in the midst of all these heroes, we get a greater understanding of who Thanos is and what is driving him. (Thankfully, his desire and background in the movies is much different than the comics, where driving that forward would have been a bit problematic; “He loves Death” is tough to bring to film. While Loki is clearly the best villain of the MCU thus far, Thanos is believable and strangely relatable by the film’s end).

Lastly, this film ends well. Part of the challenge of a movie like this one is that we know that it was part of a duo of films. (Originally this was Part 1 of the Infinity War and the next film Part 2.) And, there are a ton of ideas flashing around in my brain as we look at the next film and where it may go, this one is a satisfying, albeit largely unexpected ending. This feels like it closes the first epic chapter of the MCU and that the next film will open the next one. And both of those things feel right.

All of that to say, this addition to the Marvel Cinematic Universe is a 10 out of 10 nerds and you should see it as soon as you can to avoid spoilers.

You (Kinda) Win! Completion Vs Achievement in Tabletop Games