You (Kinda) Win! Completion Vs Achievement in Tabletop Games

By Michael Adkins On Apr 30, 2018 Last updated May 4, 2018
Share TwitterReddItPinterestFacebookEmailPrint

I have grown to have a deep appreciation for the kind of games you can regularly complete while still falling well short of meaningfully winning.  What I mean by “meaningfully winning” is winning with with aplomb, with flair.  These types of games usually have a game end mechanic by which you can be said to have successfully completed the game followed by a scale that determines just how well you did so.

They’re typically co-ops because the only metric that matters in a PvP game of any kind is the highest score.  That highest score doesn’t even have to be that impressive, it just has to exceed every other score at the table.

The games I’m talking about are so much fun because gameplay is about more than just finishing; its about excelling.  You and your friends aren’t just trying to successfully complete a game, but are also aggregating a rank within it.  The game designers have built in a grading system.  Will you flounder (insert sad trombone sound effect) or will you conquer?

A quick glance at the grading system within the rulebook establishes the secondary goal of whatever the game might be.  In Deadline, for example, you and your partners are working together to solve a crime.  To do so you unearth clues and have to stitch together a narrative that matches that found within the Solutions Book by answering a handful of questions correctly from the Case Questions book. 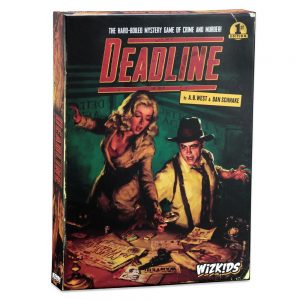 Doing so with any measure of correctness – including none at all! – means you’ve completed the case.  But are you a Gumshoes, Investigators, Sleuths, or Master Detectives?  You can miss every last question and be Gumshoes.  Or you can get all of them right and still only achieve the rank of Sleuths.  Master Detective requires you to answer all questions right and fail 3 or fewer clues.

No one wants to settle for Sleuth, amirite?  Get in there, channel your inner Scooby Doo, and earn yourself that Master Detective Rank like a boss!

When The Grading Scale Laughs At You

Some game designers have fun with this grading system and use it to mock you mercilessly if you perform at or under par for the course.  They too want you to strive for perfection and will make playful japes at your expense if you fall short. 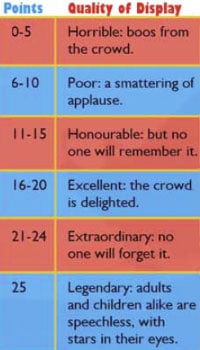 Just look at 11-15!  “Honorable…but no one will remember it.”  More like, “You didn’t do anything worth getting fired for, but we won’t be hiring you again, either.”  Ouch!

Or take a look at the scale from Outpost Amazon: 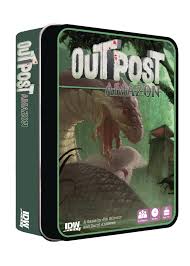 available during play.  And this makes some sense if you break this down into a percentage out of 100:

Just like in grade school, you really shouldn’t be getting any kudos or congratulations for Cs!

What There Is To Love

The grading scale system grants you some sense of accomplishment upon completion of the game (surviving the Expedition Deck, for example, in Outpost Amazon) while also letting you know that there’s room for improvement.  This significantly ups the replay value of these games and those like them.  Deadline is the one glaring exception because once you read the Solution to any case regardless of your rank, any further attempts at that particular investigation will be false positives because you’ll already know the answers!

But I really do love that incentive.  These games say, Hey, congrats!  You didn’t lose!  But hey, you could do better so try again sometime.  Not losing is kinda great!  Instead of making it feel like the game is getting the best of you, it instead flips the narrative and has the game inviting you to get the better of it.  I love that!

What other games have this grading system?  Let us know by dropping in on our Boarderlands Facebook Group and leaving us a comment!